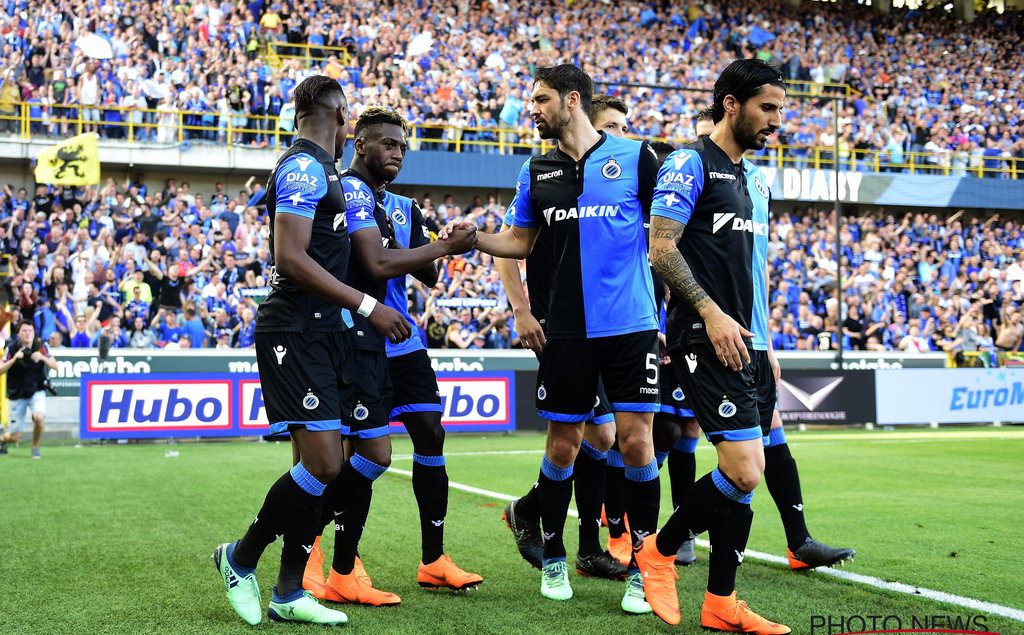 ZL: What are your expectations going into the Champions League?

CBW: After our campaign two years ago (zero points), and the draw with three much richer teams, the expectations people have are quite limited. Avoid the same humiliation by maybe getting one win in the bag, and make the games hard for our opponents, especially at home.

ZL: Are Brugge better than they were two years ago?

CBW: The squad as a whole, tactics and players, are more balanced than then. Back then, it was bit of mess at times. There were a lot of changes and injuries, and we were too defensive at times. Our current coach Leko had success with his offensive approach in the Pro League, but Champions League is new for him. Our midfield can dominate any team in the domestic league. That changes in the CL.

ZL: Talk a little bit about the midfield. How is it balanced, how crucial is it to Brugge’s play? What does Leko seek with the midfield?

CBW: Leko arrived last season and tried a 3-4-3 system. That failed. We didn’t qualify for Europa League, and even though we won the domestic league, it was very iffy. The balance was all off, and he switched to a 3-5-2 and brought Hans Vanaken back into the team.

From then on, it was Marvelous Nakamba at CDM, Ruud Vormer at CM, and Vanaken CAM. Nakamba is our Kanté. He is everywhere. Vormer sees less of the ball, but he’s important in the final third with his smart play. He won the Golden Shoe in Belgium for best player of 2017. Vanaken wants the ball to dictate play. He’s no dribbler, he’s not quick, he’s sort of an Özil kind of player. Vanaken was elected our club’s player of the season in 2017/18.

ZL: What’s Vanaken’s ceiling? You reckon he can ever be a Belgium starter?

CBW: This season and his performance in the Champions League will define his future. The main criticism is he lacks handling speed when being man marked or playing against better foreign sides. If he can prove his class against Dortmund and Atlético, I expect him to move. He’s an interesting profile for a team that needs a playmaker.

ZL: What’s one player you expect to break out at Brugge this season?

CBW: At the front we have our Brazilian forward Wesley Moraes. He’s not a goalscoring machine, but a true handful for defenders. He has size, speed, and decent feet. He’s really important when the team needs to play direct.

On the left, we lost Anthony Limbombe. He wanted to leave, but he didn’t agree a deal with Huddersfield after the teams did, and he went to Nantes via his agent. The club replaced him with Arnaut Danjuma, a Dutch youth international. He started the season very well–so well that nobody is speaking of Limbombe. Offensively, Danjuma has a higher ceiling than Limbombe. But we play with wing backs, so the question is if he can play that role as well as Limbombe. And if Nakamba recovers well from his injury he picked up in May, he’s a player any team wants in their side.

ZL: What are Brugge’s biggest weaknesses?

CBW: Goalkeeping has been an issue. Last season we used five goalkeepers: Ethan Horvath, Ludovic Butelle, Guillaume Hubert and Vladimir Gabulov. This season, they’ve bought a new number 1: Karlo Letica. He started well, but he made an error at Antwerp that cost us the victory there.

Our other weaknesses could be our wingbacks, depending on how well they defend. We now play with two very attacking wingers as wing back (Emmanuel Bonaventure and Danjuma) as we lack decent defensive options on the side. Clinton Mata is now injured, but could come in to restore balance if needed.

CBW: So with last season in mind, the doubts are back–every goal conceded is scrutinized like it’s under a magnifying glass. Letica should start bar injury and three errors in a row. I don’t think the club wants the same scenario as last season (switching goalkeepers constantly).

ZL: Talk to me a little about Ivan Leko, Brugge’s coach.

CBW: Michel Preud’homme had enough of the pressure, and wanted a rest. So he left at the end of the 2016-17 season, and the club wanted an attacking coach, someone who can develop young players. That season, Sint-Truidense V.V. had players from Club  Brugge on loan (Brandon Mechele and Boli Bolingoli-Mbombo) who developed well there, and STVV impressed during second part of the season. With Leko also being a former player, he impressed the president and the CEO (the two most important people at the club) in their talks.

It was a difficult start of the season with scrappy wins, and after a dismal away game against AEK Athens, they were sent packing from the Europa League. After international break we lost at Moeskroen, and Leko even got booed, but from then on, the club kept winning while other big teams didn’t, and we started scoring a lot of goals. By Christmas, we were far ahead of any other team. Leko has always been a gentleman, and he convinced everyone that he has the talent to be a good coach.

ZL: What do you expect the XI to be?

CBW: 3-4-1-2. Letica; Poulain/Mechele-Mitrovic-Denswil; Dennis-Nakamba-Vormer-Danjuma; Vanaken; Wesley-Rezaei. Nakamba could return for Dortmund, but if not, it will be Mats Rits or Sofyan Amrabat. If Leto isn’t ready to take a risk, he will sacrifice Dennis for Clinton Mata or Dion Cools.

ZL: What are your predictions for the results?

CBW: Like I said with the expectations: a home win against Monaco, no humiliating result anywhere else and people will be happy. Otherwise, any other team in group should have the players to beat us