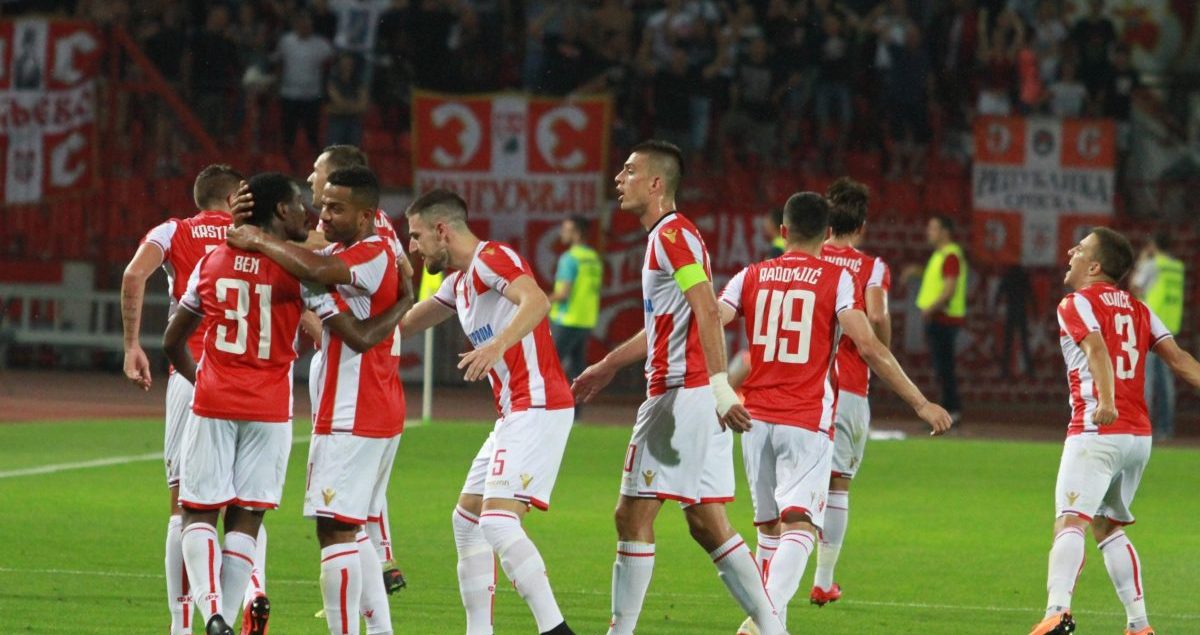 ZL: What are you expecting for Crvena zvezda going into this season?

NS: It’s difficult to say what Zvezda fans expect, because qualifying was realization of all our dreams since the turn of the century.

That said, our head coach Vladan Milojević instilled this incredible attitude in the squad, that makes us fear no-one. I know the players are going to give their all, so whatever results we get – it’s fine.

For many years we were there just to make up the numbers and go out of Europe while people are still away on summer holidays, but last season changed all that. And 90% of the credit goes to Milojević.

So, to try and answer the question in a sentence: I expect us to go out there, give everyone a game and remind everyone in Europe that we still exist and that we have a rich history and hopefully a bright future.

ZL: How important was this qualification for Zvezda’s culture, for its fans?

NS: It’s beyond important. I’d say European competition is essential. It’s the scene you want to shine on, it’s what really gets the fans going. Right now, “Red Star Belgrade” are words football fans may have heard from their fathers and uncles. And the reason for that is our 1991 team, or the team that dismantled Liverpool in 1973, or the team that beat Real Madrid in the 80s.

ZL: What’s your predicted XI for the CL?

ZL: Of those, who is the most important player for Zvezda?

NS: El Fardou Ben Nabouhane proved our most influential player in the qualifications, but I’d say it’s the spine of Stojković-Krstičić-Ben that’s really making us work.

ZL: Should we say Red Star Belgrade or Crvena Zvezda, or does it not make a difference?

NS: Saying Red Star Belgrade is fine, but personally I really appreciate when foreign people make that extra effort and try to pronounce the name in Serbian. Also, if you write the whole name it’s lowercase Z. So, either Crvena zvezda or simply Zvezda.

ZL: What’s one hidden advantage Zvezda have over their opponents?

NS: I’d say it’s out tactical approach. The coaching staff has really done their homework ahead of every big game that we’ve in the past 15 months or so. The team works as a unit and it might be our strongest point.

NS: In European matches we’ve been rather cautious, focusing on defence and counter-attacks.

NS: Totally opposite. All possession, passing and trying to beat teams that park the bus.

ZL: What do you make of Zvezda’s coach?

NS: He turned the club around. The players love him. He insist on discipline, which is something we were lacking for a long time. We look like a genuine team: organized, well-drilled, a team that’s using the resources it’s got. He is making average players look competent against superior opposition. And he really loves the club.

ZL: How confident are you of Zvezda’s chances without Nemanja Radonjić?

NS: He was amazing for us, but have a few options at left wing, so we’re hoping we’ll be able to make it work. It was clear that he was leaving for quite some time, so the club prepared. Fingers crossed on that one!

ZL: How do you expect them to replace his creative output?

NS: His output was more his pace rather than creativity. We have got Marko Marin, Cafú, Milan Jevtović and Ben who can operate on that left wing. Cafú was brought in on loan from Bordeaux as a replacement for Radonjić. He’s got the pace and tricks to make it.

ZL: So you would argue Zvedza improved over the summer?

NS: Absolutely! We’ve got more options across the pitch and, what’s even more important, the team gained a lot of experience over the past year. I’m expecting the players to hold their own against any opponent.

ZL: What would you say is Zvezda’s biggest weakness?

NS: Probably our converting of chances. There are still days when we need far too many chances to score a goal. Hopefully it improves with the return of Richmond Boakye.

ZL: How big of a boon is Boakye’s return for the team?

NS: Oh, it’s huge. Not only he was the team’s top scorer when he left, but is also a firm fan favorite. A great striker and also a person that fits in well at the club. He scored a brace on his second debut and it looks like he never even left.

ZL: What are you predicting from the group stage for Zvezda?

NS: We’re going to be fighting for that third place until the end.

ZL: Against Napoli, PSG, and Liverpool, what’s one way in which you think Zvezda will catch the opponents by surprise and fight for a surprise qualification to Europa?

NS: We hope to be given a bit of extra momentum by our home crowd. 50,000 people who waited 26 years for these games should generate quite an atmosphere!