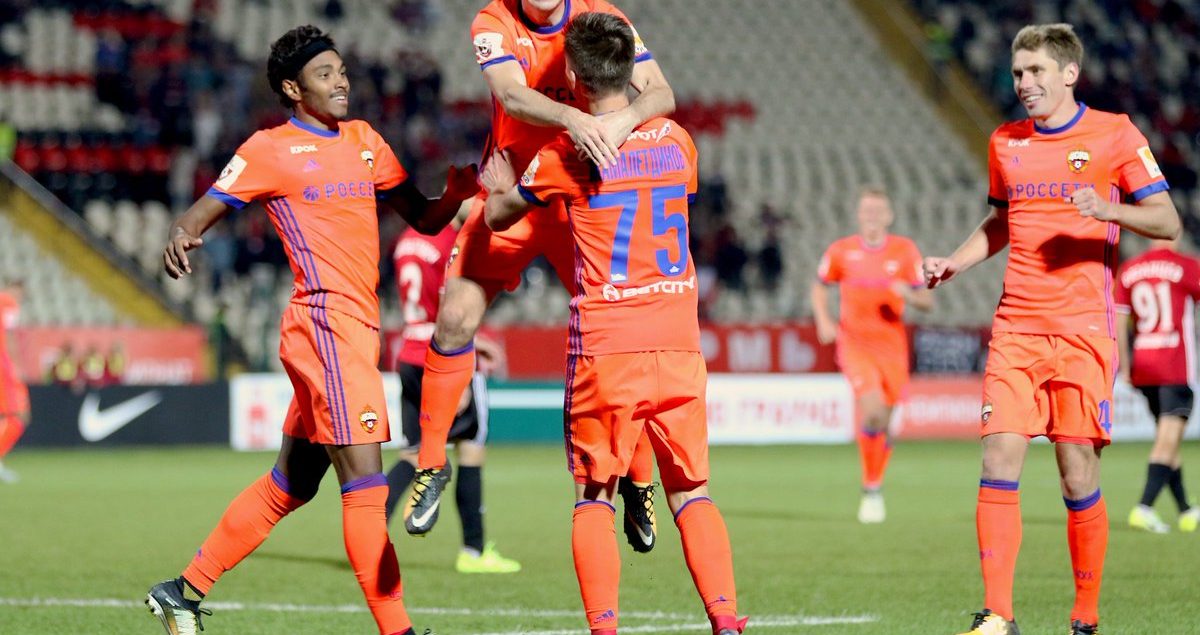 Well, it has been an interesting few months for CSKA Moscow. A bad transfer window upset the fanbase greatly, but they were calmed after CSKA defeated AEK Athens in the 3rd qualifying round to make it into the group stage. Now they find themselves in an interesting Group A, a group that they can advance to the knockout stage, yet also fall to 4th place…

The season is somewhat early, and we are only 5 points off the top spot. I am glad Leonid Slutsky left, but I’m still not convinced Victor Goncharenko was the right choice to replace him. CSKA did not spend enough this summer, our squad is still too old and not good enough to compete in Europe. I don’t expect CSKA’s defense to be able to do anything against Benfica’s attack, and especially not Manchester United. The key will be the matches against Basel, that will truly determine our destiny.

We did not spend enough because our owner Yevgeny Giner really failed on some investments, so there simply wasn’t enough money to give the team the boost they needed. Then again, you could say the same for Basel or Benfica, so I guess we’ll see how it goes.

Key Players:
Vitinho. For me, Vitinho is CSKA’s most exciting technical attacker as he can really give defenders nightmares and win games on his own. Goncharenko has helped utilize his ambidexterity and improve his workrate, and he has really become a key player for us. I’m so glad we picked him up, he can be our most important creator, especially if the next one leaves….

Aleksander Golovin. Golovin is basically Russia’s next great hope, he is an underrated, insanely talented midfielder who can play deep or up front. With Russia hosting the World Cup this summer, all eyes will be on him to deliver, and even though it is a tough task to ask of someone so young, I think he has the talent to do so, and possibly earn a big move with a great tournament. But first, he must lead CSKA in Group A.

Mario Fernandes. Just an amazing worker, he can do it all, whether it’s a 4-4-2, a 3-5-2 or whatever. He’s the best fullback in Russia, and Russia must be happy to have picked him up even though he’s Brazilian. Injuries are his only issue, and when he can stay fit, he’s incredible.

Prediction: Well, CSKA are well-experienced in Champions League football, especially with Manchester United. Still, CSKA’s record in Europe lately is frankly terrible, and we have finished last in our group, not even making Europa, each of the four past seasons. Can we do better, at least making Europa? I think so, I think we will finish slightly above Basel and make Europa, and this should be our goal.