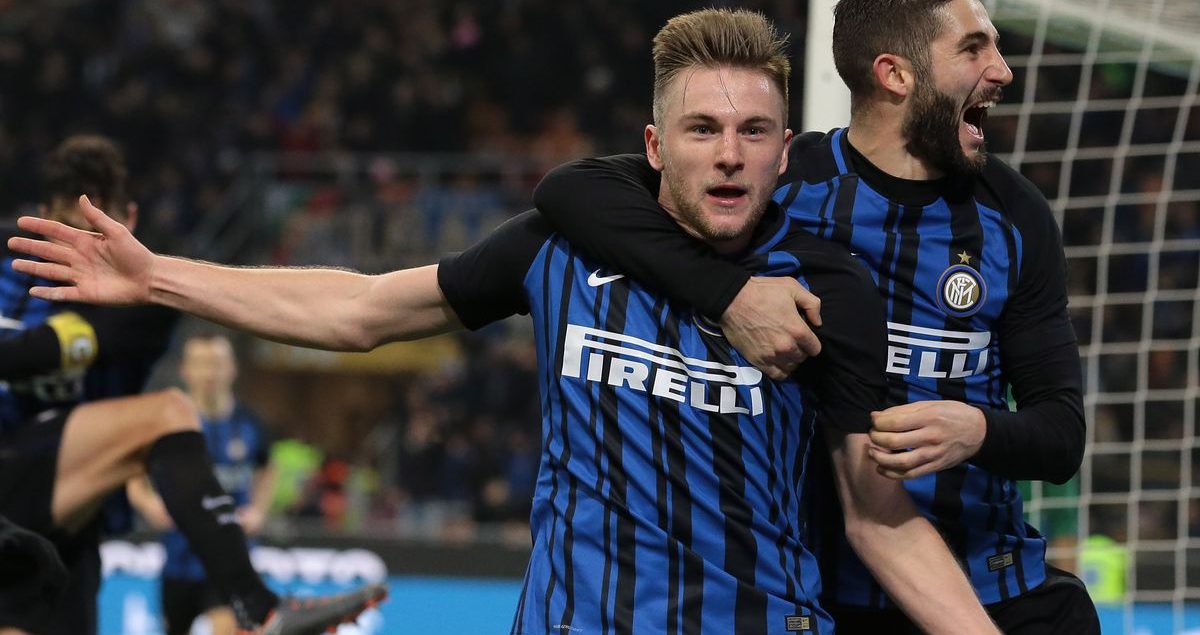 It’s been six years since Inter conceded that heart-rending 92nd minute goal from Brandão that shattered their Champions League dreams. It was Inter’s last CL appearance and Marseille snuck into the quarter-finals on away goal rules. Inter are back, but with a completely different mindset, expectations, and a totally new squad, coach, owner and management board to boot.

The Nerazzurri secured the qualification on the final day of the season, nicking a comeback against rivals Lazio, with Uruguayan midfielder Matías Vecino famously netting a header nine minutes from time to cease a memorial night for the Inter supporters. Quite a tasteful dramatic finale as the Milanese giants were only two points adrift of their opponents prior to kick off.
Inter have had a near perfect summer window, adding the necessary reinforcements as well losing some deadweight. It was their best market since the 2009 summer window that preceded their treble under José Mourinho. The indomitable maestro Radja Nainggolan was the first official signing, though deals for Stefan de Vrij, Kwadwo Asamoah and Lautaro Martínez had already been secured. They also made an intriguing investments in Matteo Politano, Keita Baldé and Šime Vrsaljko, who had a tremendous World Cup campaign with Croatia. Inter shocked the football world when they went in for Real Madrid and FIFA’s Golden Ball winner Luka Modrić. As expected, the Galácticos turned down the approach and controversially reported Inter to FIFA. However, the Nerazzurri did manage to prove one point: they are still one of the biggest teams in the continent.
Inter had a relatively slow start this season. One win, one loss and one draw. Many have tipped them to end Juve’s domination, but their pre-season wasn’t much of a conviction either – three wins, two draws and two defeats (including penalties). However, they did impress in their final preseason game against a strong Atleti side–they dominated the majority part of the game and won 1-0 courtesy of Lautaro’s spectacular scissor-kick volley.
Inter generally play a classic 4-2-3-1 formation; they tend to retain possession, control the game, and exploit the flanks. Manager Luciano Spalletti also has a side capable of operating in 3-4-1-2 set up. The ever-improving Marcelo Brozović has been orchestrating play from midfield: a deep-lying playmaker with a great passing ability, and an incredible shooting accuracy from long range. He is statistically one of the best passers in Europe, and his Croatian counterpart, Ivan Perisić, is also a vital member of the team: he sets up goals as well as scoring them. Last season, he had contributed 11 goals and 9 assists, while this season, he has scored 2 goals and 1 assist in 3 games.
Inter’s main goalscoring threat is the 25-year-old Argentine bomber Mauro Icardi, who will be debuting in the Champions League this year. A born goalscorer – Maurito is clinical and also has the ability to chip in assists. Last season, he finished as the joint top scorer in Serie A with 29 goals. New signing Radja Nainggolan is one of the most complete players of this generation, and with a lot to prove after being tossed aside by Monchi and Roberto Martnez last summer, the Belgian projected to play a key role this season.
Inter are solid and highly disciplined at the back. Defensive phenomenon Milan Škriniar, new boy Stefan de Vrij and veteran João Miranda are in competition for the two starting CB positions, while Asamoah and Europa league winner Vrsaljko are expected to occupy the fullback roles.
Inter have much better depth in their squad in comparison to last season, most noticeably in the wings – Politano and Keita Baldé were added to the team. Perisić, coming back from a great World Cup campaign, will take charge of the left side, and Antonio Candreva, who rejected a transfer to Monaco will have to start from the bench. Up front, Lautaro Martinez can be a great option off the bench. The Argentine prospect had such a stellar pre season and looks ready to leave his mark in the San Siro.
In conclusion, Inter are a better and stronger side than last season. For this competition, they are forced to reduce their squad size to 21 players due to FFP restrictions. They are expected to challenge for the title domestically, but expectations for a CL title are not so high. In their first Champions League in 7 seasons, they should aim for the quarterfinals, that is if the football gods grant them passage through the group of death – Barcelona, Tottenham and PSV.
By: Daniele Etefia
Photo by Emilio Andreoli/Getty Images
Share:
TwitterFacebookEmailLinkedIn