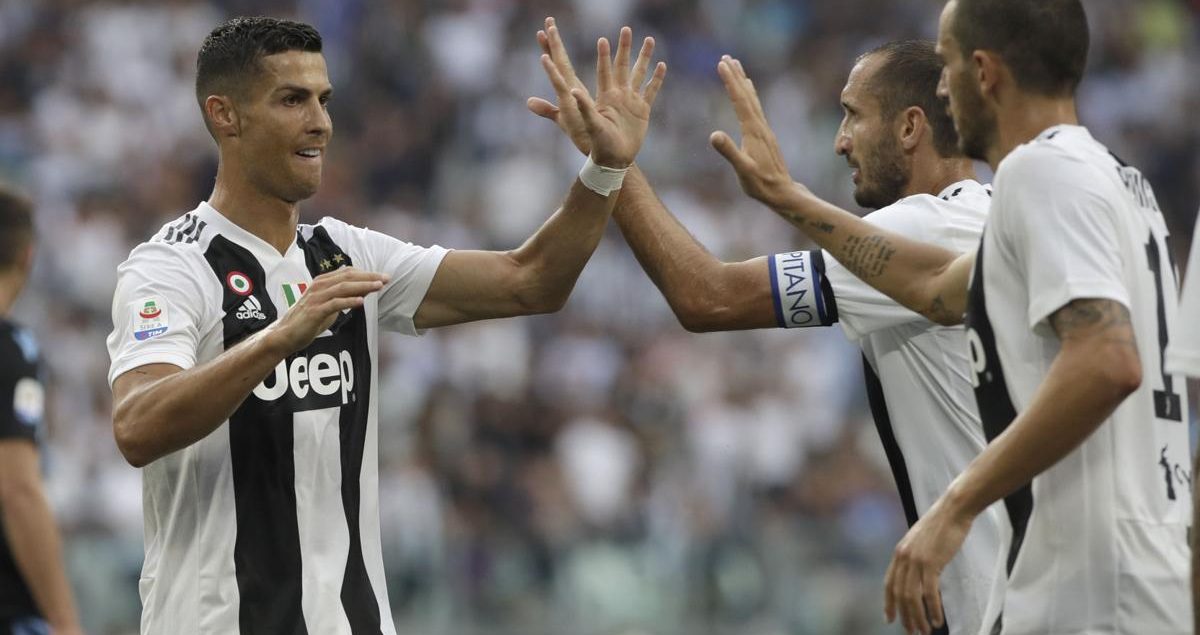 The upcoming season for Serie A looks rather threatening for all clubs, but none have produced a more lethal lineup, just as the 7 consecutive scudetto winners have. Coming into the new season with a well-constructed midfield, an unbreakable backline, and a rather menacing attack, they seem to have yet again pulled together a strong Italian force. With new signings like 5 time Champions League winner Cristiano Ronaldo, defensive force Emre Can, old love Leonardo Bonucci, and youngsters Leonardo Spinazzola & Joao Cancelo, the depth of the Old Lady has been expanded fundamentally and intelligently.

Looking at the backline, it is home to world class defenders, while also adding the option of youth. The famous backline BBC has been reunited as Juventus brings back Leonardo Bonucci, sending youngster Mattia Caldara to AC Milan. Juventus have also managed to bring in Joao Cancelo and back from loan comes Leonardo Spinazzola. The middle is home to Chiellini, Bonucci, Barzagli, Benatia, and Rugani. The outside belongs to Sandro, Spinazzola, De Sciglio, and Cancelo. A big miss from last season was the playmaking coming directly from the back orchestrated by Leonardo Bonucci, which will prove to be a huge hit this season for Juventus. With all the depth in the backline, combined with the defensive help of Emre Can, they may have completed what fans hope to be that glorious winning defence.

The attack of Juventus this season is most definitely fan favourite. Saying that Cristiano Ronaldo will have an impact this season isn’t saying enough at all. With the 33-year-old tackling a new challenge in the black and white, fans hope he will continue his golden scoring record of being the top scorer in the Champions League just like he was for six seasons running. He won’t do it alone. With the attacking help of Douglas Costa and Paulo Dybala, it doesn’t stop there. Surrounding him will also be Mario Mandzukic, Federico Bernardeschi, and Juan Cuadrado. That attack is enough to drive a scare for any club and simply be one of the best attacking forces out there.

Juventus look to make history and add not only another Scudetto and Coppa Italia title into their trophy case, but also a Champions League one too. They’ve realized their time frame on building that Champions League winning squad and they’ve managed to do exactly that. Having brought in Ronaldo and Bonucci, they’ve added not only experience but also youth signings along with them.

The potential lineups that Massimiliano Allegri will employ are endless. The new attack, strengthened midfield, and solidified defence provide endless possibilities that can create a winning side. The attack will of course include none other than CR7, but in what formation will he be put in? It is assumed Allegri will stick with his classic 4-3-3, however the 4-2-3-1 is looking a lot more prominent and mesmerizing to many. In the 4-3-3 he looks to play next to Douglas Costa and Paulo Dybala, while in other formations he would be playing in front of Costa, Dybala, and the likes of 24-year-old Bernardeschi, Cuadrado, or Mandzukic. After winning in the English Premier League and La Liga, he’s decided to add winning the Serie A and winning with Juventus to his trophy case.

The black and white are thrilled to have CR7 play alongside them and help them reach that Champions League glory. All have commented on their excitement and determination to win this season. Douglas Costa was not shy to speak out about how much Ronaldo will add to not only Juventus, but to all of Serie A, “Ronaldo at Juve? I think he’s already at a high level, however, he has the capability to take us to another level and achieve important things this season.” Others spoke about Serie A has already become one of the best leagues in the world, and with the addition of CR7, it’s hard to argue against that.

The Serie A this season has many potential challengers for Juventus this season. With Roma signing new youth players, Napoli reigning under Carlo Ancelotti, AC Milan expanding their youth and capability, and Inter Milan adding skill, experience, and a whole scare of players, Juventus have new clubs to look out for this season. Roma has added signings like rising midfielders Javier Pastore, Bryan Cristante, and Justin Kluivert. AC Milan have captured the spectacular Gonzalo Higuain and 23-year-old Mattia Caldara. And Inter Milan has brought along depth in almost all positions. A backline consisting of new signings Milan Skriniar and Stefan De Vrij, while their midfield recruits Kieta Balde and Radja Nainggolan. They look to strengthen their attack, defence, and close in on the Scudetto as they look to be Juventus’ biggest threat.

The new players Juventus have brought in capture eyes of all football fans. The Serie A is heating up this season as we continue to see a title race filled with ambition, determination and tactics. The Old Lady have hit two finals in three seasons, but still aim for a third. With challenges to overcome, incredible depth, and the masterclass of CR7, can Juventus capture the Champions League they’ve been seeking? And even possibly the treble?