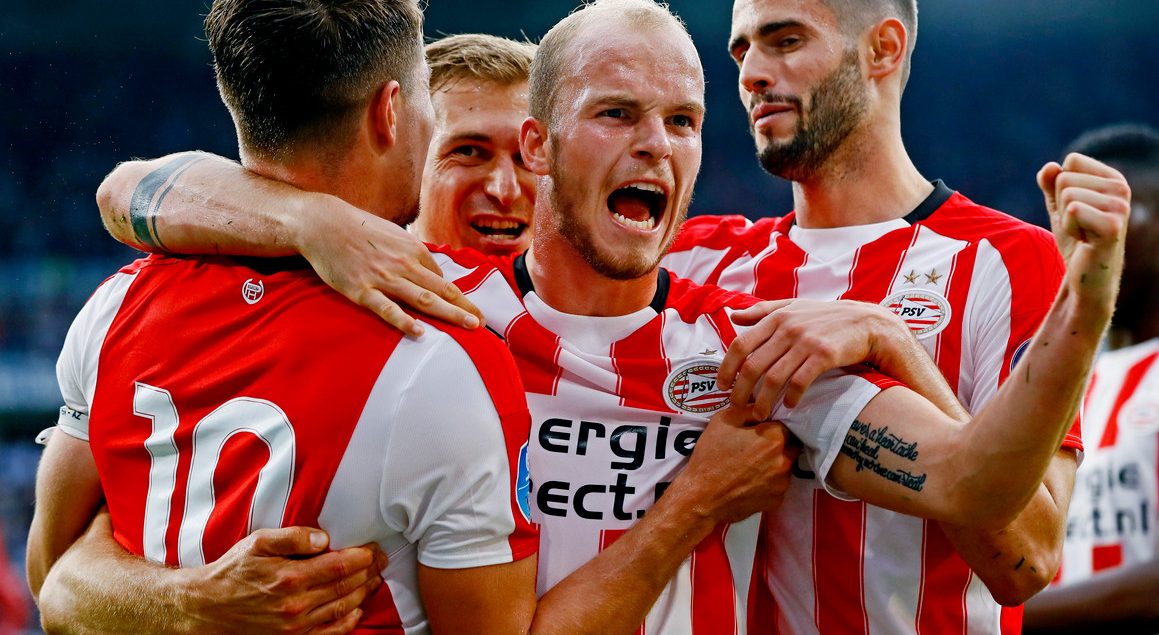 As the Dutch champions, PSV qualified for the Champions League play-off round, where they comfortably eliminated BATE Borisov 6-2 on aggregate. In the 2015/16 season, PSV finished 2nd in the groups, which made it the first time since 2004 that a Dutch side (also PSV, who reached the semi-finals that season) survived the group stage. Head coach Phillip Cocu left PSV for Fenerbahçe this summer, after a fruitful five-year spell which saw him lift 3 Eredivisie titles, 3 Super Cups and 1 KNVB-Cup. Instead of hiring a more experienced manager, the PSV hierarchy took a risk and appointed U19 coach Mark van Bommel, former PSV, Barcelona, Bayern and AC Milan midfielder.

Where Cocu was known (and often criticized) for his pragmatic approach, Van Bommel is the polar opposite. Swift fluid attacking movement, high pressing with intricate and composed build up in the first and second phases are his niche. During pre-season, PSV picked up 3 wins in 5 games, having only lost against Anderlecht and drawing with Neuchatel Xamax. The standout performer in pre-season was undoubtedly Steven Bergwijn; the 20-year-old impressed with 3 goals and 2 assists, as well as in his general play, progressive passing and explosive dribbling.

What to expect from PSV in the group stage:

PSV are drawn in Group B, alongside FC Barcelona, Internazionale and Tottenham Hotspur. Objectively speaking, this is a group of death from PSV’s point of view, and all they can hope for is having two good days against Inter and clinching a point at home against Spurs to finish 3rd and continue into the Europa League. It’s going to be very hard and challenging, but also a wonderful experience for this very young and energetic team.

Angeliño: The young Spanish left back was signed from Manchester City, after impressing on loan at fellow Eredivisie side NAC Breda. He has easily adapted to the higher level of a top club with ambitions, and already a fan favorite at the Phillips Stadium.

Denzel Dumfries: The 21-year old right back was signed from Heerenveen this summer and effortlessly adapted to the demands of a top club; he’ll be a vital player for PSV this season. Athletic, highly intelligent and very offensive-minded yet pragmatic when needed.

Steven Bergwijn: The 20-year old winger made his first team debut at the age of 16 and has been a first team regular for two years, but really made his breakthrough in the 17/18 season with 8 goals and 11 assists in 32 games. With explosive close control dribbler and a half space genius, Bergwijn rapidly worked his way up to becoming a key player for his team.

Hirving Lozano: The Mexican starlet had a stellar first season in Europe, where he helped PSV to the title with 19 goals and 11 assists. At the World Cup he impressed with against Germany and South Korea. PSV convinced him to stay for another season, the best piece of business this summer.

Gastón Pereiro: The Uruguyan is often scapegoated for his inconsistency and mentality, but if we are judging him on raw football ability he might very well be the best player in the Dutch league. A big game specialist as well, Van Bommel instantly made it clear that Pereiro is a key player for him and he has so far impressed in his new role as number 10 behind the striker.