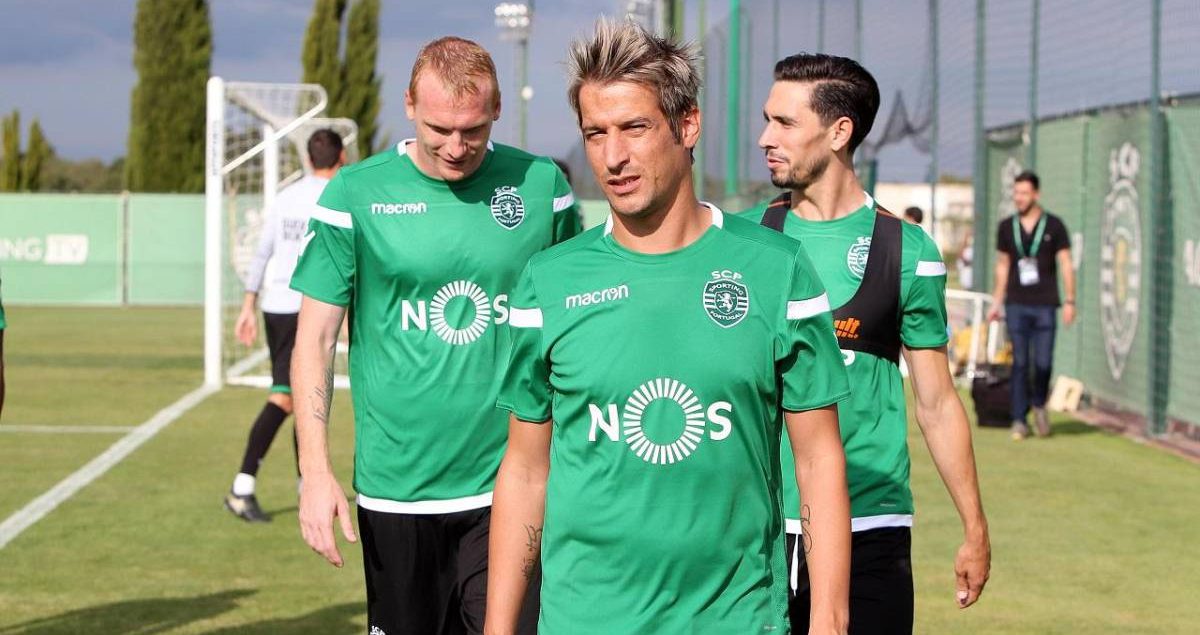 Pot 4 team Sporting were drawn into one of the toughest groups in the competition, with last year’s finalist Juventus, the mighty Barcelona and the tough Olympiakos. You might think that sporting don’t have a chance in this group, and you might be right, however, there could be a possibility that Os Leões and Jorge Jesus can cause an upset.

Fabio Coentrão – The Real Madrid loanee has a point to prove at Sporting. The injury prone left back is looking to regain his form on loan in his homeland. He is a two time champions league winner, as well as 2 time La Liga winner, so doesn’t lack experience is big moments. He has already played 3 games in Liga Nos, keeping 2 clean sheets and getting an assist.

Jérémy Mathieu – Jérémy Mathieu is also a 2 time La Liga winner, and has won the champions league once. After being released by Barcelona, Jérémy Mathieu has a chance to upset his former club. Mathieu has been revitalised under Jorge Jesus, forming a solid partnership with Sebastian Coates only conceding once in 6 games across all competitions.

Bruno Fernandes – Portugal’s answer to Marco Asensio, Bruno Fernandes was the captain in this years u21 euros. His composed passing and his lethal right foot has seen him score 3 goals and get 2 assists in all competitions since moving from Sampdoria for £7m.

Marcos Acuña – The 25 year old left winger was voted the best player in the Argentine Primera División for the 16/17 season. Acuña is surprisingly strong for his 5.6 frame which is even better considering his quick pace also. The Argentinian has been in decent form scoring 1 goal and 3 assists in all competitions.

Gelson Martins – If you haven’t been living under a rock, you should know about Gelson Martins. His lighting fast pace mixed with his pin point crossing ability, found him forming a deadly partnership with Bas Dost, getting 14 assists and 6 goals in 32 appearances in Liga nos. This form has seen him linked to clubs such as Liverpool and Arsenal. With already 4 goals and 1 assist in 6 games across all competitions. If he continues this form, who knows what big team could pry Gelson Martins away from Sporting.

What could go wrong?

As of 30/08/2017 (the day this article was written) William Carvalho and Adrien Silva are still Sporting players. But with William being linked to teams such as West Ham and Monaco, and Adrien being linked to Spurs, they might not be here much longer. These two players a vital role in Sporting’s team. Adrien and William being the captain and vice-captain respectively. If these two players leave, it could end Sporting’s Champions League campaign.

Injuries are a big risk to every team. However, Sporting have a few injury prone players in their team. Fabio Coentrão is the main risk, with his injury problems being very well documented, the left back only made 5 appearances for Madrid last season. Playing a total of 265 minutes. However, since August 2011, Coentrao has only made 43 league appearances for Madrid, mostly due to injuries. Jérémy Mathieu is another player who has lacked match fitness. Only playing 16 games for Barcelona last season, he still needs to regain full match fitness.

Thank you to Breaking the Lines (@BTLvid) for letting me write this article! Also, If you want be up to date on all things Sporting, follow the @SCPUpdatesEN on twitter. And also follow me on Twitter @SamFonsecaa