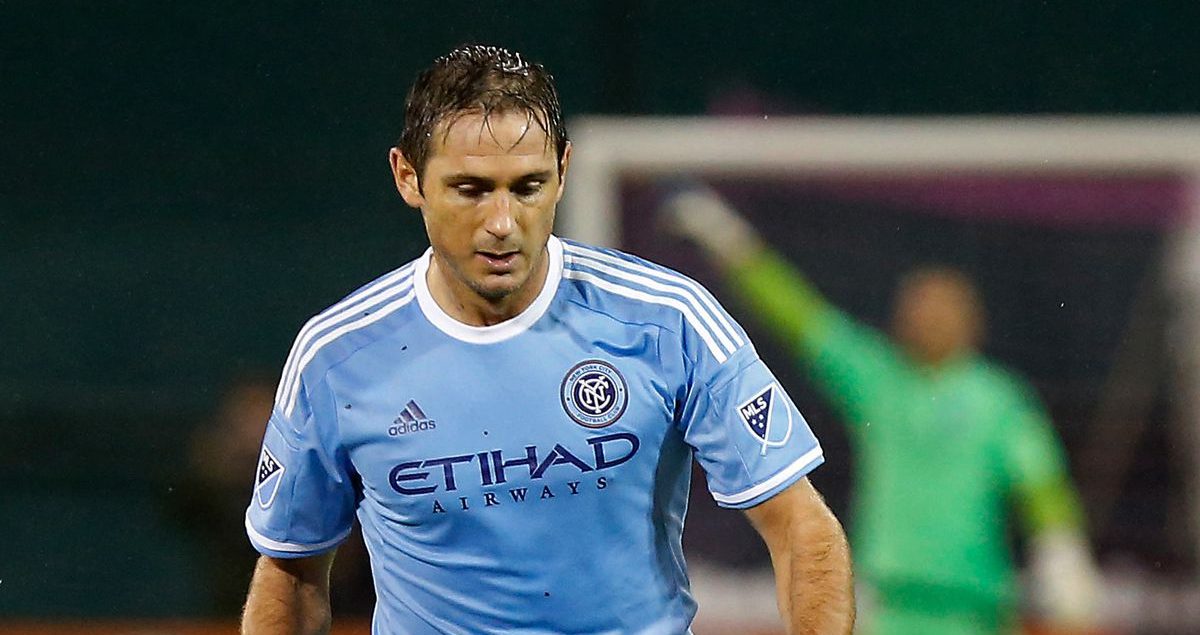 Major League Soccer is one of the quickest growing leagues in the history of the sports world. The league began in 1996 with just ten teams and a hockey-style shootout which fans now look back and laugh on. With some 1994 American World Cup Heroes returning to their homeland to grow a league in the land where they were raised, Alexi Lalas, Eric Wynalda, John Harkes and Tony Meola took on the challenge of growing MLS. Along with American natives came Colombia’s Carlos Valderrama and Mexico’s Jorge Campos. These are the type of players that may warrant a Designated Player contract in today’s game, however, it wasn’t until David Beckham moved to America that the DP rule was enforced; hence the nickname “The David Beckham Rule.” After stints with European giants Real Madrid and Manchester United making Beckham one of the most globally recognized athletes on the planet, he did the unthinkable and moved to America. The rule allowed for MLS clubs to sign three players that would normally be “outside” of a team’s salary cap. The player would cost a club $400,000 on the salary cap but could be paid substantially more than that. David Beckham, 2007, the year that changed MLS forever.

​David Beckham was one of just five Designated Players in his debut season in the league. The other four, Claudio Reyna, Juan Pablo Ángel, Cuauhtemoc Blanco and Denilson did not all turn out quite as good as the Englishman. Blanco managed to grab himself over two decades of goals in under 100 appearances for the Chicago Fire but unfortunately for the league, he was in the top half of the remaining four. Claudio Reyna, who joined the New York Red Bulls after years with English club Manchester City, did not go to plan. The midfielder who spent a year and a half with the New York club spent most of that time injured and never managed to grab a goal. Fortunately for Reyna, the Red Bulls were the only club to have two Designated Players in 2007 and Juan Pablo Ángel grabbed 19 goals in his debut season just one shy of the Golden Boot. Ángel went on to play as a DP for two more clubs following his Red Bull exit. FC Dallas’ Denílson certainly holds the title for worst DP signing of 2007. The winger made just eight appearances and added just one goal, which was a penalty. Fortunately for Major League Soccer and the people who watch the league, the quality of Designated Players has improved and continues to impress fans across the country.

​With a maximum of three Designated Players at a club at once, it doesn’t get much better than the short-lived trio of David Beckham, Landon Donovan, and Robbie Keane. David Beckham’s accomplishments prior to his entrance to America speak for themselves, however, what his DP partners did in MLS are also impressive. Landon Donovan has won six MLS Cups, more than any individual team in league history while Robbie Keane is in serious contention for “Best DP signing” to this day. Robbie Keane scored 83 regular season goals in 125 appearances and added six goals during Los Angeles’ 2012 MLS Cup run alone. Other top trios include the Red Bulls 2012 triplet of Rafa Márquez, Tim Cahill, and Thierry Henry. Unfortunately, the trio only played one season together and neither of Márquez or Cahill managed 20 games played. More recently, fans have been able to see Sebastian Giovinco, Michael Bradley, and Jozy Altidore team up to make MLS history. Prior to the 2015 season, Toronto FC announced that Juventus’ Sebastian Giovinco would be joining the club for the upcoming season just three days prior to signing Jozy Altidore. Since then, Giovinco has won league MVP, led his team to back-to-back MLS Cup finals and helped Toronto to a treble in 2017. The Atomic Ant, now 30, is enjoying the best period of play in his life and shows no signs of slowing down. Giovinco’s agent recently shut down rumors of him returning to Italy. The little magician adds both goals and assists and set the Designated Player standards higher than ever before. While David Beckham may have the rule named after him and is certainly responsible for the rapid growth of the league, Giovinco’s on-field impact is clearly superior and was the next step in the evolution of Designated Players in MLS. Partner that with American duo of Jozy Altidore, and Michael Bradley and there is no wonder why Toronto has dominated the league the past two seasons. Despite the on-field success of teams in 2015, the league also brought in New York City FC and Orlando City SC, clubs who brought in big names and succeeded in the marketability department. Orlando led Kaká out on the opening day of their MLS season partnered by David Villa leading out NYCFC. However, NYCFC did not stop there. The team added Frank Lampard and Andrea Pirlo to the team as well making them known worldwide. While Andrea Pirlo never found his feet in MLS, and Lampard struggled for game time in the club’s inaugural season, David Villa has had little trouble on the pitch. We talked about Robbie Keane’s incredible goalscoring record earlier, but David Villa became the first player in MLS history to score 20 goals in back-to-back seasons when he grabbed 22 to end the 2017 season. 2015, saw the entrance of Sebastian Giovinco, Jozy Altidore, (Bradley returned to MLS in 2014), David Villa, Kaká, Andrea Pirlo, and Frank Lampard to MLS. A good year for the progression of the beautiful game in America.

​2017 was an even better year for MLS. Fast forward ten years from the creation of the Designated Player rule and you have MLS clubs reportedly rejecting offers of over $20M for their 23-year-old DPs. Atlanta United’s inaugural season saw the introduction of former Arsenal target Miguel Almirón, former Torino man Josef Martinez and young Argentinian winger Héctor Villalba enter the league. All three players were 23 years or younger at the signing of their contracts. From Villalba’s thirty yard rockets to Josef Martinez nearly averaging a goal per appearance, nothing topped the season that Miguel Almiron had. With ease, the quickest any team has ever welcomed themselves to the league. Major League Soccer was, and still is by some people, viewed as a retirement league. You have your Andrea Pirlos and Steven Gerrards who move to America to close out their playing days, but as the league progresses, it is quickly becoming quite the opposite of a retirement league. Players now want to come to America to develop their talents in ways unimaginable back home in South American countries. New York City FC, a club who historically gave older players with European experience the DP contracts (David Villa, Frank Lampard, and Andrea Pirlo) has given a DP contract to Jesús Medina. Medina is a 20-year-old Paraguayan international who was influenced in taking his talents to America by international teammate Miguel Almirón. However, not every Designated Player is nearing retirement is coming to the country to develop themselves, some players are coming to the league at 26-30 years old, similar to Sebastian Giovinco. For example, the LA Galaxy signed former Marseille winger Romain Alessandrini to a DP deal prior to the start of the 2017 MLS season when he was 27-year-old. 2018 expansion club and Galaxy rivals Los Angeles Football Club has taken both the Alessandrini-esque DP route as well as the young DP route. After nearly 200 appearances with Real Sociedad, LAFC has convinced Mexican international Carlos Vela to return to North America. They’ve also signed u-20 Uruguayan international Diego Rossi. With one DP slot remaining the club can choose to go one of three routes. First, the club can sign another young DP to pair with Diego Rossi. The next option would be to sign a player around the same age as Carlos Vela, maybe a year or two younger and hope for an immediate impact. Or finally, the club could attempt to sign an aging player who can still perform to build the club around, similarly to what NYCFC did with David Villa who won the 2016 MLS MVP at 35 years of age. Regardless of what LAFC decide to do, they’ll be sure to learn from mistakes that clubs have made over the past decade in MLS.