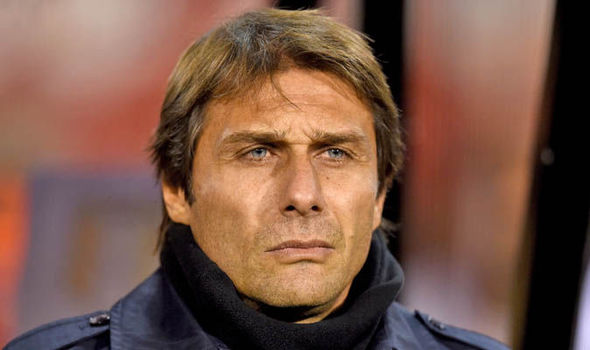 Yesterday Arsenal travelled to Stamford Bridge to take on league leaders Chelsea, who sat nine points ahead of the pack. With Arsenal receiving a surprise defeat at home to Watford and Chelsea claiming a hard-earned point at Anfield in midweek, it was vital Arsenal were able to react in an attempt to bounce back quickly in their toughest test of the season.

How each side shaped up

From the off Conte was able to field a fully strengthened side, with Pedro returning to the eleven having only featured as a substitute against Liverpool, whilst Arsenal were without the likes of Granit Xhaka, Santi Cazorla and Aaron Ramsey who were absent through suspension and injury respectively, and those midfielders certainly appeared to be the missing link as Chelsea saw off their London rivals to avenge their 3-0 loss in the reverse fixture back in September and also gain a 12-point lead at the top, at least until Spurs kicked off in the evening.

Although it was expected that Wenger would be fielding Oxlade-Chamberlain in a double pivot with French counter-part Francis Coquelin, to some peoples’ surprise, Arsène chose for the more sturdy option of a 4-3-3, as opposed to their normal 4-2-3-1, a change which fans had been crying out for in recent times. From the start Özil assumed the wide left role with Iwobi and Chamberlain playing as interiors slightly further ahead of Coquelin. It seemed to be an intelligent move by the boss, allowing for the reds to pack out the midfield in an attempt to make it tougher for the home side to break them down whilst also making it more difficult for Chelsea to play out from the back; forcing them long.

As for Chelsea, their play seemed to be more counter-attacking-oriented, with Hazard and Pedro tucking in when off the ball to make it tougher for Arsenal to break them down centrally, it meant that when they regained possession they could outnumber a narrow backline due to the high positioning of Arsenal’s full-backs, creating the potential for 3v3 or 3v2 situations. This data visual by 11tegen11 highlights almost exactly this, with the home side’s highest xG chances coming from break-ups of play in the middle:

New viz!
Chelsea’s chances originated from the left flank, and two big ones came from defensive midfield. Plus Fabregas’ goal.

An example of their shape is shown here, limiting Arsenal’s passing verticality:

And as we see in the second half also, this led to more simple errors that enabled Chelsea to advance into dangerous positions frequently and quickly:

With Coquelin not offering to show for the ball, and the two central-midfielders tucking in the half spaces between the lines, the centre-halves had it all to do when building from the first phase of play, which eventually led to errors like the example shown above. This form of defence as a high block worked incredibly well throughout the game with Arsenal recording twenty-five losses of possession, although Chelsea managed to lose possession themselves thirty-three times.

It was clear to see that the visitors were missing Granit Xhaka’s presence in the side. In recent appearances, despite being used poorly by Wenger, he offered a way out from the back through his range of passing and his consistency to come to the ball and offer from deeper areas, which was the difference today as Coquelin’s positioning meant he was just a bystander waiting to try and break up play if Chelsea countered, but in his attempts to do so he was rather unsuccessful.

This was on display for all to see in the build-up to Hazard’s, and Chelsea’s second, goal – a clip that epitomised everything below par about the Frenchman. His generally poor distribution on show here with a needless flick in possession loses the ball, and instead of retreating to protect the two centre-halves, Coquelin instead attempts to close a ball he has no right closing and one that is already being closed by Iwobi, which left Koscielny to be drawn out to challenge the aerial duel with Costa, allowing for Hazard to win the second ball and exploit the space left behind. Following this, Coquelin fails to make any sort of challenge on the Belgian, and this, paired with Koscielny’s decision not to step out and cut out Hazard’s run allows him to easily get the better of the centre-half and tuck it away for two:

Arsenal out of possession

But what was equally poor about Arsenal, aside from their build-up and poor ball retention, was their pressure in off the ball situations. Often Hazard and other such players in attacking areas would have freedom to carry the ball around the 18-yard box with ease, inviting constant pressure and the ability for Chelsea to easily exploit this and create several chances. As depicted by the clip below, despite a compact central shape, which forced play wide, Costa’s run was untracked due to the defenders ball-watching:

This was to be the case in the lead up to the opening goal early in the first half. As Coquelin’s pass gifts back possession to Chelsea, the eventual centrality of Arsenal’s shape enables Moses more time and space out on the flank to find Pedro, and because neither the left central-midfielder (Iwobi) or wide attacker (Özil) get close enough to the Spaniard to track his run, it draws out Koscielny, creating a better opportunity to attack the ball inside the box, which eventually leads to the headed rebound finish from Marcos Alonso:

What was also noticeable on Arsenal’s part here was Walcott’s role; as highlighted before, the failure of the wide attackers to cover their full-backs left the side vulnerable. In this case, when Costa’s header rebounds off the bar, Walcott should be making much more of an effort to prevent Alonso from getting to it, instead the winger simply ball-watches and leaves Bellerín to win the aerial battle, which didn’t turn out so well for the right-back. This plays a part in a lot of the attacks the gunners’ conceded as both the full-backs and wingers were pushed very high up in possession, leaving them struggling behind whenever there was a turnover in possession.

However, it could also be argued that Alonso’s aerial challenge with Bellerín may have been worthy of a foul as opposed to a goal. With both arms flailing in an attempt to try and overpower his opponent, the Spaniard resultantly knocks the defender to the floor causing a severe concussion which cost the gunners dearly for the rest of the game.

So as briefly mentioned above, a notable flaw of Arsenal’s shape was the high positioning of the full-backs, a factor which proved to be a bigger threat to Arsenal than it did to Chelsea; with Gabriel and Monreal lacking the pace that someone like Bellerín has at his disposal, and in Gabriel’s case even the attacking influence, it means that their high positioning leaves them extremely vulnerable to Chelsea’s counter-attacking game plan and almost ineffective offensively, this was an aspect of Arsenal’s play that should’ve been adapted following Gabriel’s substitute appearance, so that instead of Gabriel and Monreal being caught out each time, Gabriel could form as part of a back three  in transition, whilst Özil and Walcott occupied the wider right area in place of the Brazilian. In this instance, Mustafi and Koscielny are faced with a near 2-on-2 situation thanks to Coquelin’s hopeless break-up attempt and the wingers’ and full-backs’ advanced positions…

Although Chelsea outplayed their London competitors, it was not as squeaky clean a performance as it may seem, the blues were guilty of giving up space and a few big chances. It was noticeable that Conte’s game plan was somewhat centred around Arsenal’s giving away of possession in high volumes, which meant the away side actually managed pretty well when stringing passes together as shown in these examples. Due to some poor defensive communication at times, as highlighted in this first example, Arsenal were able to create higher value opportunities. In this clip, Walcott’s run off the back of the Chelsea defence drew out both Marcos Alonso and Gary Cahill, and with blues’ consistent reluctancy to mark men on the edge of the box, the winger’s pass found Coquelin who was then able to switch it to Mesut Özil who couldn’t quite capitalise on the chance at hand:

That was not the only time poor defensive communication seemed to let Chelsea down, it also appeared to be a problem just prior to this when Oxlade-Chamberlain laid it on a plate for Gabriel, whose header was struck straight in the path of Thibaut Courtois:

Then in the final minutes of the game, albeit in rather more extreme circumstances, the Arsenal forwards were able to create a 3v1 in the eighteen-yard box due to the disorganisation of Chelsea’s defence, which led to the reds’ first goal at the Bridge for four years via the head of Olivier Giroud:

All in all, we saw a difference in class on show in this match-up, even in spite of Wenger’s attempts to change it up, the personnel he had to choose from were not up to the task, despite the fact there were some impressive performances on show from the likes of Oxlade-Chamberlain most notably, and also Monreal and Özil, whilst Alexis Sánchez, Francis Coquelin and others in the side struggled to gain any sort of grasp on the game. For Chelsea and Conte, the game plan had been executed to near perfection. With Eden Hazard stepping up to the plate to seal the victory for the rampant blues, there wasn’t the need for one of their main men Diego Costa to get in on the action.

and without the need for one of their main men Costa to get in on the action, instead Eden Hazard was the man to step up to the plate and seal the victory for the rampant blues. A performance unmatched by the reds that may just have clinched the title for Chelsea, who don’t face another top six side until the beginning of April, in which time all of the other top six sides will have to deal with at least one top of the table clash on top of their European fixtures.

On a final note, Arsenal created some high xG chances but the map here doesn’t necessarily do justice to the all-round brilliance of the Chelsea performance today.

xG map for Chelsea – Arsenal. This Arsenal performance wasn’t exactly a disaster of lore, but solidly outplayed in a big match. pic.twitter.com/hwoBnWp8IM