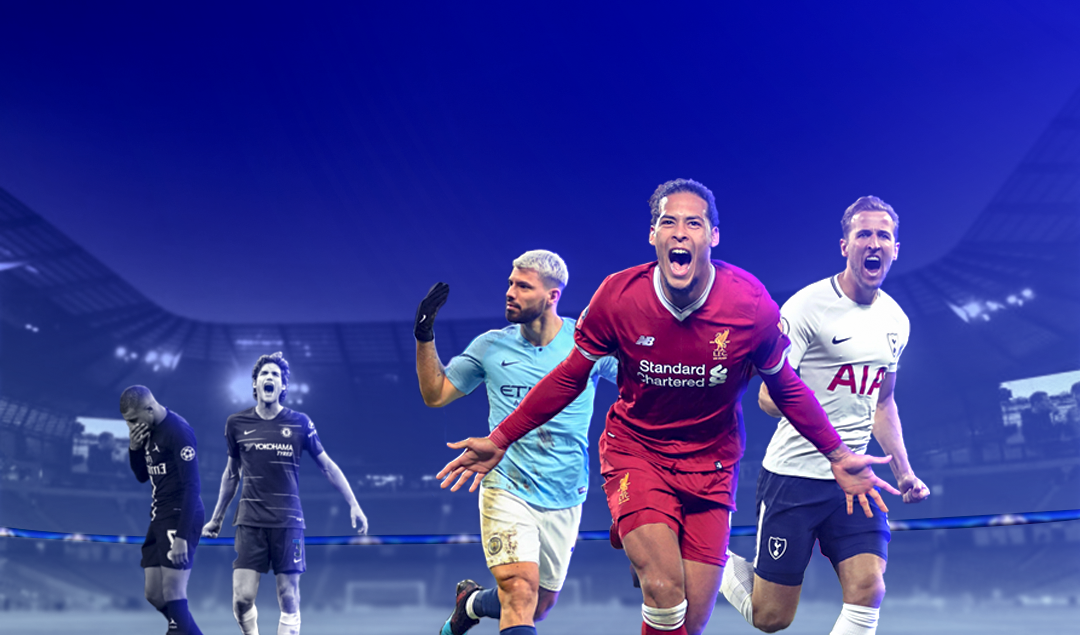 The 2014-15 UEFA Champions League season was arguably the lowest point for English football in Europe over the last 15 years. After Liverpool were demoted to the Europa League after having finished 3rd in their group, the trio of Manchester City, Arsenal and Chelsea were sent packing in the Round of 16.

Four years later, four English teams have made it to the quarter-finals of the Champions League, representing a change in fortunes for not just the clubs involved, but for English football as a whole. It demonstrates a change in how English football is perceived, especially after the senior national team reached the semi-finals of the World Cup, the Under-20s won their World Cup, and the Under-17s won their respective World Cup in India.

There isn’t one reason to thank for the success of English clubs in Europe. It isn’t success per se, but it is certainly better than the 2014-15 season.

It is crucial to look at Manchester City, Tottenham and Liverpool in this case. While Manchester United are a force to be reckoned with under Ole Gunnar Solskjaer, their miracle in Paris was down to tactical flexibility that the side portrayed throughout the game. They rode their luck, which isn’t a bad thing in football, and they fought for every loose ball. And PSG played it right into United’s hands.

The case of City, Spurs and Liverpool represents a pattern of consistency in management- one that is key to success on bigger platforms. Teams that master the art of playing a certain way go far in the competition, as evident from the successes of Real Madrid, Atlético Madrid, Barcelona and Juventus. The Old Lady and Los Rojiblancos may not have won the Champions League yet this decade, but they have pragmatic approaches to the game that have now been mastered under Diego Simeone and Massimiliano Allegri.

When Pep Guardiola joined Manchester City, he took a season to come to grips with the nature of the Premier League. But there were glimpses of what the ideal Guardiola-esque City side would look like.

And over time, we have seen City mature into a team that is invincible on its day. Maturity doesn’t just mean growth in terms of age or getting used to playing that way. The players have gained Champions League experience over time, but above all, they have acquired the ability to dig out games. They know how to approach games if Plan A doesn’t work.

Guardiola obviously had to overcome disappointing knockouts at the hands of Monaco and Liverpool, but this season has seen City churn out close wins in the Premier League. Recent wins over Bournemouth and West Ham are examples. These were the sort of games when the City side from last season may not have won. But Guardiola hasn’t just helped this side improve, he has matured them into a well-rounded unit.

Something similar has happened with the projects that Mauricio Pochettino and Jürgen Klopp have at Spurs and Liverpool. It has been gradual growth; gradual development. Liverpool were struggling to grind results out last season. They slipped up at vital moments and fell when the pressure was punching them in the face.

Of course, both City and Liverpool have had the backing of financial packages. And that is why they are currently a better side than Spurs, who are yet to spend in the last two transfer windows.

That isn’t to say that Spurs haven’t matured. From being knocked out of the Champions League in the group stages in a group that had Monaco and CSKA Moscow and being edged by a formidable Juventus side, they have come a long way. The win over Borussia Dortmund was more a test of which is the most complete side out of the two usually free-flowing line-ups.

And Spurs, having played in the competition for two seasons, progressed. They have maintained the same spine throughout Pochettino’s term, apart from the departures of Mousa Dembélé and Kyle Walker. They have learned together and have improved together. They have fallen together and have learned how to play in the Champions League together. The way they defended against Dortmund in the second leg showed that they are a more complete side than the German side.

Much like Liverpool, Spurs have won many games this season when they weren’t at their best. They have relied on playing dirty to get three points. We haven’t seen them play as much free-flowing football as we did last season, but they have managed to win. The way Liverpool played away to Crystal Palace and Huddersfield was a reflection of that. And the way Spurs played against Wolves away, Newcastle and Watford at home, among others, proves that as well.

It is the advantage of having almost the exact same side playing under the same manager with the same system for a good amount of time. Teams that do that complete themselves over time. They see the same faces turn up in the same positions every week and they get used to everything to a point where it becomes a habit. And like a routine, it feels good.

Before Pochettino, Spurs had no fixed approach to the game and no consistency in finishing inside the top four. The club had five different managers in six years and they had played in the UEFA Champions League just once during that time frame.

Liverpool had found a direction under Brendan Rodgers but it came to a stuttering halt after the money spent from the sale of Luis Suárez dragged them backwards instead of taking them forward.

City did win the title under Manuel Pellegrini, but they didn’t have an approach to the games that they had mastered. Whist they had played in the Champions League on a consistent basis, they had come up short against the bigger sides–Real Madrid and Barcelona dispatched of them without breaking a sweat. They failed against sides that had mastered a style and had more experience on that level.

Not just in this, but the pattern is also evident in the winners of the Champions League.

Before Zinedine Zidane came in at Real Madrid, the club always had managers who preferred to play a pragmatic brand of football. They had players who had been playing in the Champions League for a considerable amount of time. The Frenchman only nourished the style by keeping the same set of players around every season.

Real hardly made any big-name signings during this period as the likes of Cristiano Ronaldo, Marcelo, Toni Kroos, Luka Modrić, Sergio Ramos, Raphaël Varane were key figures in the three consecutive Champions League title wins. Nothing much changed all three years.

Their opponents were Atletico Madrid (twice) and Juventus. And as previously mentioned, there are some commonalities between the finalists and the winners. These factors laid the foundations for them going far in the competition.

Before Los Blancos won the title thrice, Barcelona had beaten (surprise, surprise) Juventus in the final. While the side that beat the Old Lady in Berlin wasn’t a rip-off from the one that beat Man United in 2011, the spine of it was quite the same. Lionel Messi, Andrés Iniesta, Javier Mascherano, Gerard Piqué and Sergio Busquets played vital roles in that run-up to the treble, just as they had done in the march to Wembley in 2011.

Sure, money does play a role in finding success in the Champions League. But not all teams handle that money well. Perhaps, spending the right way has become an art form. Chelsea have spent over 450 million pounds over the last two seasons and they find themselves in the Europa League. Paris Saint-Germain signed Neymar from Barcelona and signed Kylian Mbappé from Monaco for record fees in their regards, but they have been knocked out of the Champions League in the Round of 16 twice since then.

Their failures in Europe are down to there not being enough managerial consistency in their approach to run clubs. Both PSG and Chelsea are clubs that favor the shortcuts to success; they don’t believe in long-term building. They sack managers at will and don’t let long-term projects thrive.

The Blues won the Champions League in 2012 under Roberto di Matteo, and it was the culmination of years of having played a pragmatic brand of football when Andre Villas-Boas was looking to try something new and different. They won the title in the most back-to-the-wall way as possible.

Unlike the other big clubs in England, the Lilywhites don’t rely on money. They have relied on stability in every department. And it proves what goes a long way in determining fates of clubs in the Champions League.