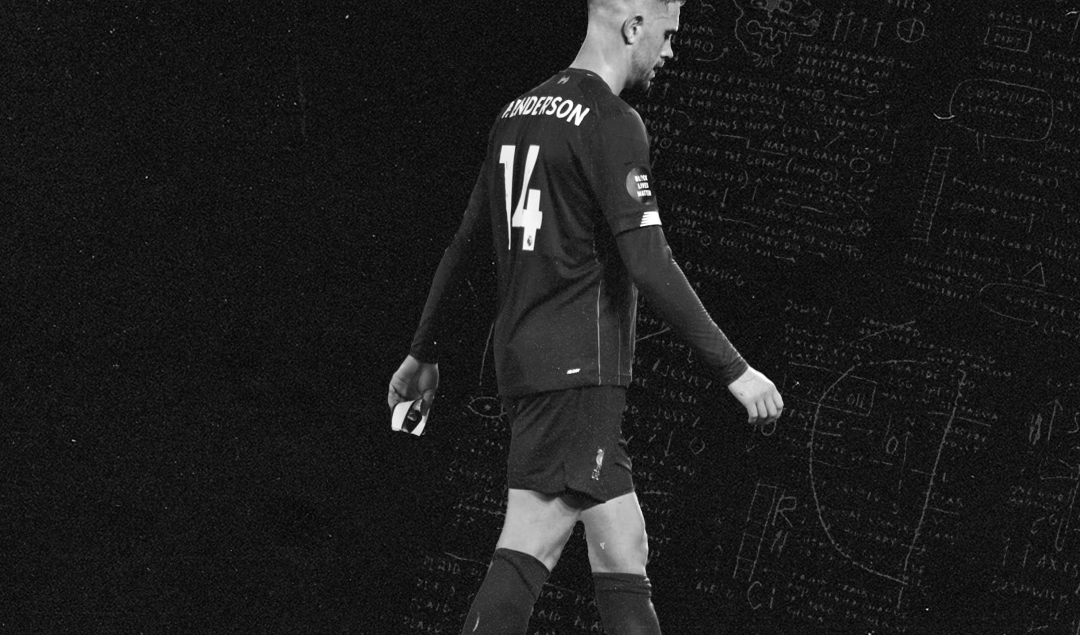 European football is back, and we couldn’t be more excited. Sure, it’s not the same as before. The fake fan noise in the stadiums is a bit irritating, especially when the celebration noises come a full three minutes after a goal has been scored, and the element of watching matches in a packed pub full of strangers, the only thing you have in common being the passion and love you exude when your team scores, is not the same as streaming a match from your living room couch.

Still, the void is gone, and now we can look forward to games all throughout the summer, with the European leagues ending just in time for the Champions League to start up again in August. It is going to be nonstop football for the next few weeks, and while that is very exciting for fans, these players are entering what will probably be the most physically demanding, mentally draining, and overall hellish time of their careers.

After a defeat to Wolves, their 19th loss of the season, Aston Villa’s manager Dean Smith spoke to the press about his team’s fixture congestion, lamenting the fact that the “amount of games [they] are playing in so many days” is a massive indication to his side’s fatigue. He continued, insisting that 48 hours in between matches is not enough for players to recover. 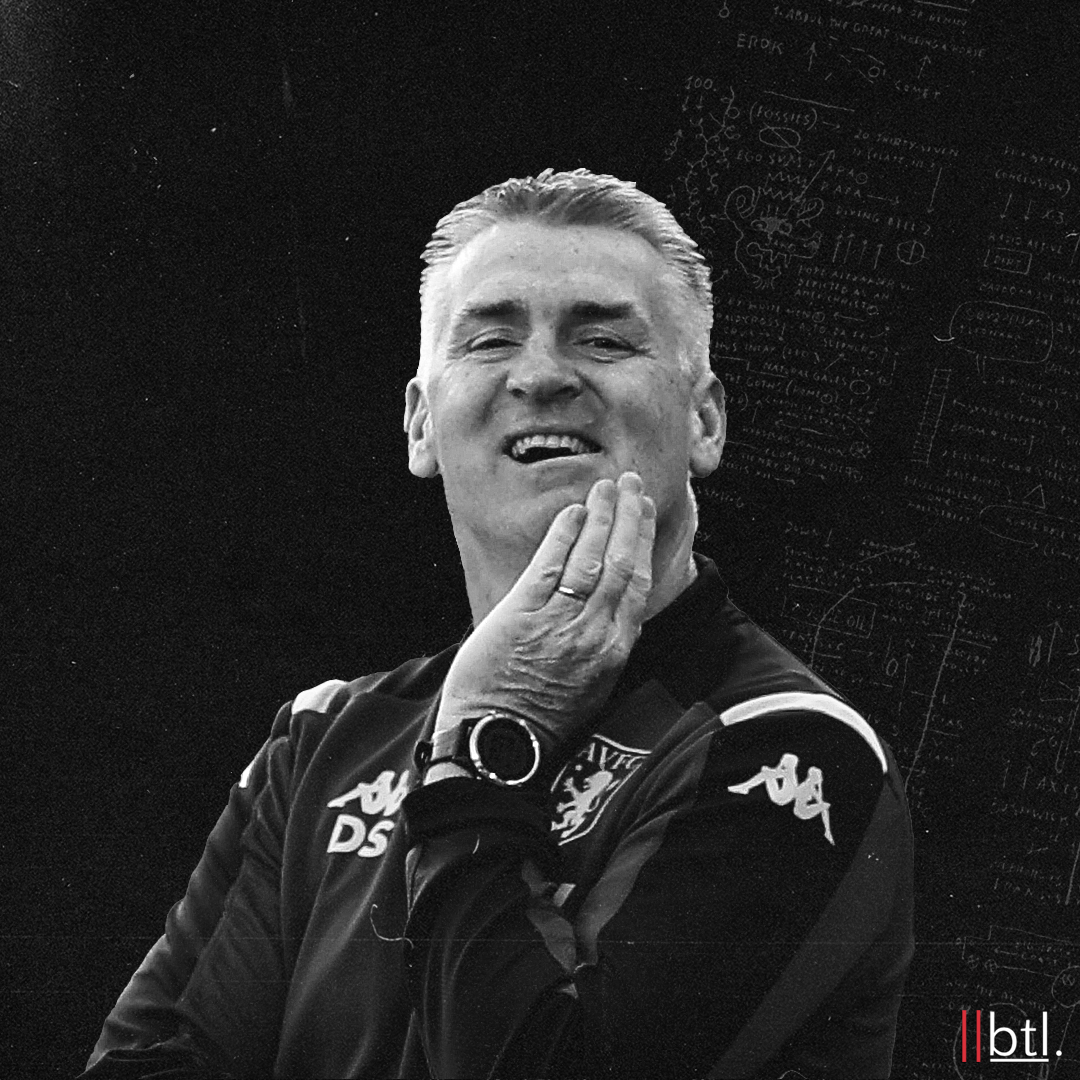 It may sound that Smith is attempting to find excuses; they are in the relegation zone, and they don’t have many matches left to pick points that will guarantee them Premier League football for next season. However, that doesn’t mean his point is any less valid.

Two days of recovery between each game is not enough for these athletes. The less rest between matches,  the more likely these players will experience not only short-term tiredness but long-term fatigue that could lead to a long-run of underperformance and injuries. Injury rates are more than six times higher when players were asked to play two matches a week, rather than one match a week.

At the time of writing, Villa have played five matches in 19 days. And the worst part? Smith should consider himself one of the lucky ones. Teams that are playing in Europe or in a domestic cup competition this season are likely to have even less time off. The Champions League Final falls on the 23rd of August, and the Europa League dates aren’t much better, with the Final scheduled on the 21st.

The teams that are currently left in the Champions League come from the top five leagues in Europe (Premier League, La Liga, Bundesliga, Serie A, and Ligue 1), and while all of the specific dates have not been confirmed yet, by the 23rd, those five leagues will have either already started up again or will be just finishing up pre-season training and friendlies. The pile-up of fixtures, training, and traveling will not be sustainable for players, and it will only result in harmful, long term effects. 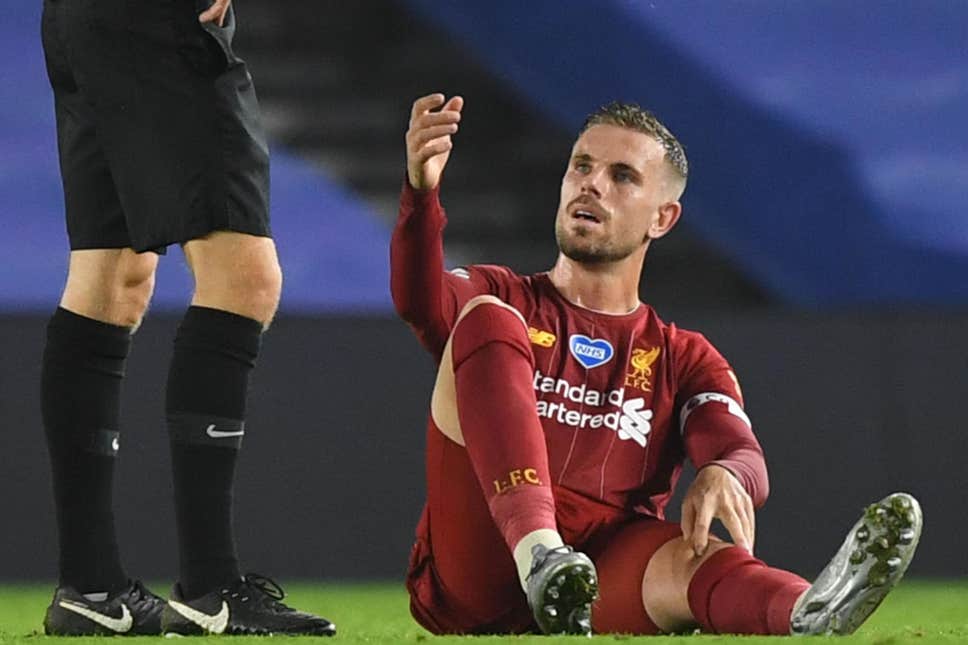 Understandably, football associations across Europe are in a tight position due to the limited time they have to make these decisions, and what they have to take into account (safety protocols, government approval, television rights, job layoffs, etc…). But the fact is that the pandemic has only amplified the issue of overworked footballers; not started it.

Footballers being overplayed was a concern long before anyone knew what COVID-19 was, and the worry is that now, we’re approaching a breaking point. This past December, Liverpool were asked to play two games within 24 hours on two different continents: Aston Villa in England on the 17th of December for the EFL’s Carabao Cup, and against Rayados in Qatar for FIFA’s Club World Cup on the 18th of December.

Despite some pushback from the club, the EFL were firm in their statement, saying that “the players selected on the team sheet must meet the competition’s selection requirements, which are outlined in the competition’s rules [which state] that each club shall play its full available strength in and during all Cup Competition matches, unless some satisfactory reason is given.”

The team that was fielded out in the 5-0 defeat against Aston Villa arguably does not fit that criterion, with most of them having not made a senior appearance for Liverpool prior to the match, and Neil Critchley was the one who managed the team while Jürgen Klopp was in Doha.

Still, the EFL let it slide, and rightfully so, the club had no choice but to pick a competition to prioritize. But at what point does it become too many competitions? Are tournaments like the Carabao Cup, and the Club World Cup necessary for teams that are already competing in several other competitions? 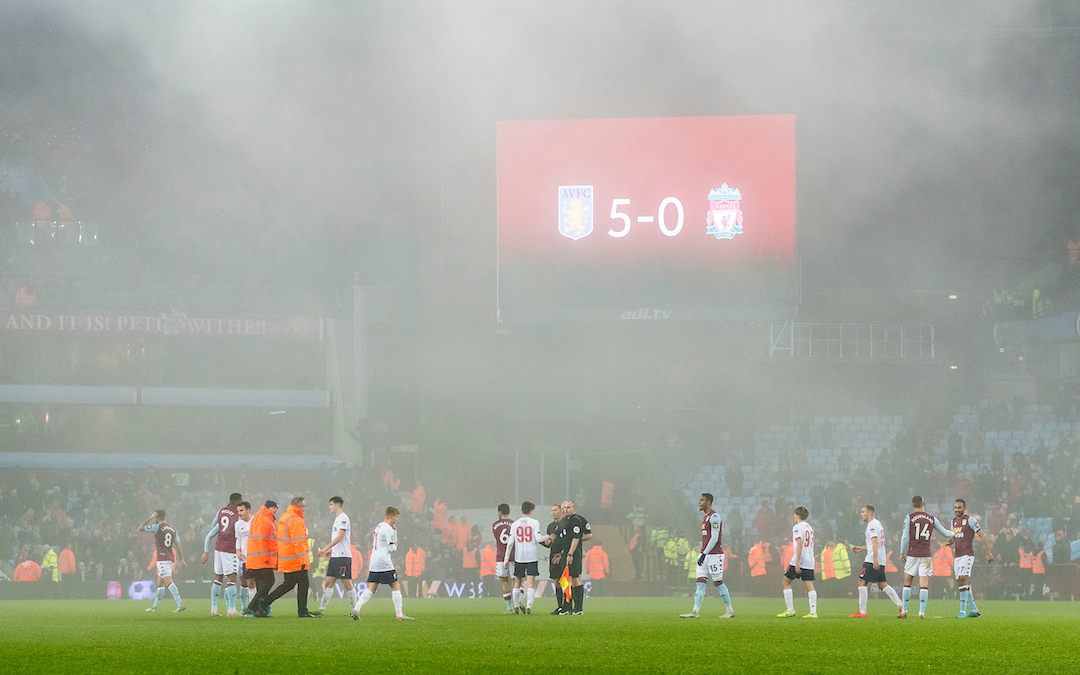 If we’re honest with ourselves, the appearance of big European Clubs only benefits the organizers. The latest FIFA Financial Report that is available to the public is from 2018, and it showed that the 2018 FIFA Club World Cup generated a revenue of $123 million from the competition itself.

Television broadcasting rights, marketing rights, licencing rights, and hospitality and ticket sales were included to bring FIFA’s total revenue for 2018 to a whopping $4.6 billion. If we focus on television rights specifically, Europe brought in just under 30% of the revenue that FIFA gained from TV rights.

It’s hard to believe that number would be as high if European clubs like Liverpool, Real Madrid, Barcelona, and Bayern Munich were not part of the competition. European fans just don’t have the same level of interest in watching South America, Asian, or African football, because Europe is seen as the pinnacle of world football, the best of the best.

The more ‘big’ clubs, the better, and that’s why FIFA is planning on expanding the tournament in 2021 (should it not be pushed back due to the pandemic), with 24 teams competing, rather than the usual seven, with eight European clubs being part of the competition. More teams equal more matches, which equals more revenue. And also excessive playing time for the players, but that doesn’t seem to bother FIFA too much.

The decision-making behind the timing of the 2022 World Cup also raises the question of whether the players’s best interest is being taken into consideration. The World Cup in Qatar will be the first of the competition to not be held in the summer months, with it being scheduled to be played in November and December. 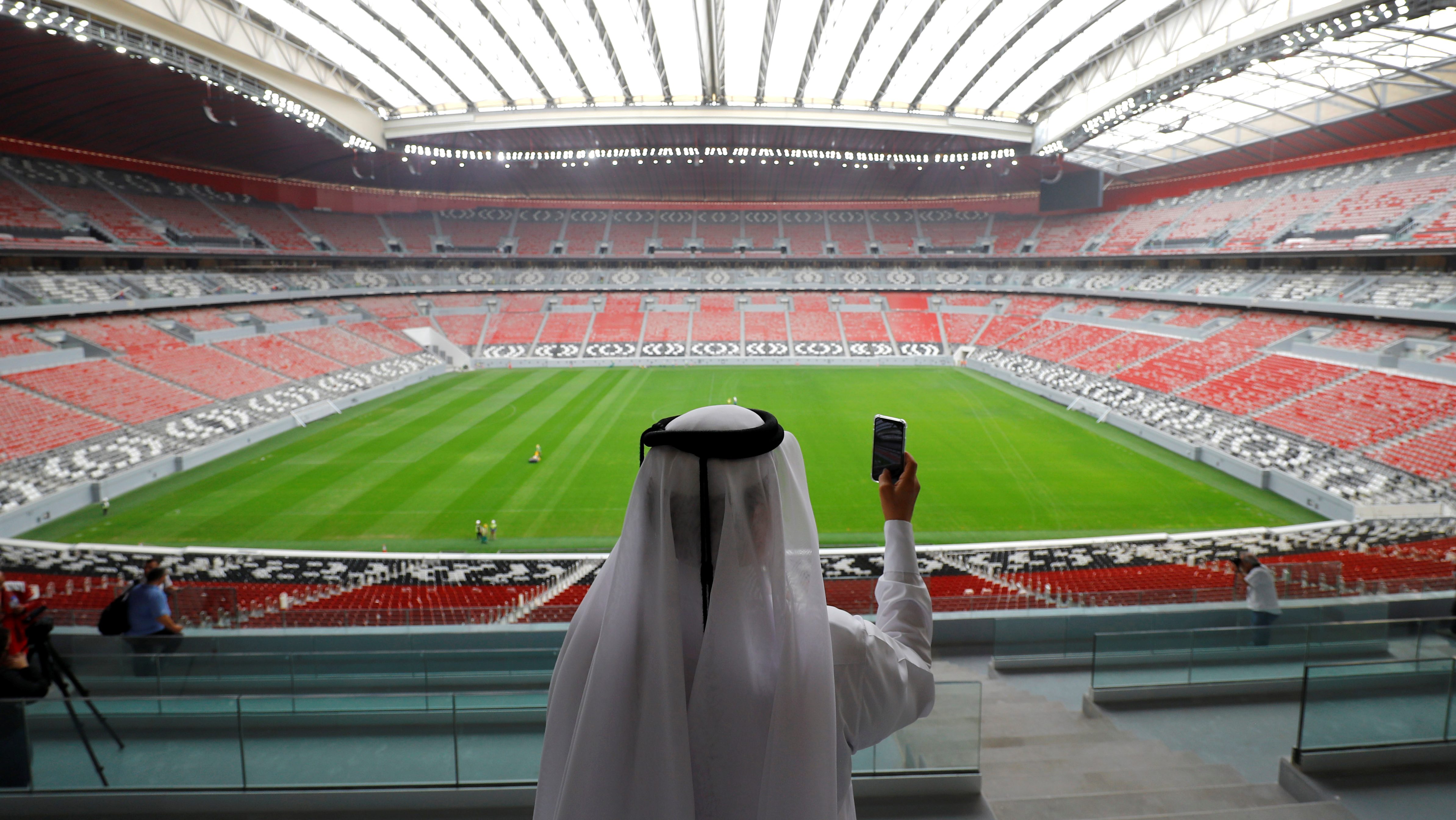 To make matters worse, it will be a condensed World Cup of sorts, with the timeframe being only around 28 days, making it the shortest World Cup ever. Not much has been said about how the leagues will change their schedules, but the World Cup will likely fall during the European leagues’ winter breaks. Emphasis on the word “breaks,” which is normally used as time for these players to re-energize, recover, and relax.

Traveling from city to city in Qatar, playing matches with their national teams, trying to bring football’s most prestigious trophy back to their home nation is a lot of mental and physical stress and pressure. Most of these players will also have continental tournaments to compete in either the summer before or the summer after with the Euros, Copa América, and the CONCACAF Gold Cup taking place in 2021, AFCON being held in 2022, and the Asian Cup scheduled for 2023.

We are looking at players potentially playing a full two seasons without even a proper summer break. European football’s offseason has always been the shortest when compared to other sports. The MLB, the NFL, the NBA, and the NHL all have longer off-seasons, and those athletes don’t compete in nearly the same number of competitions as footballers do for club and country.

COVID-19 has impacted the scheduling of European football competitions over the next few years, there is no doubt about that. But it’d be naïve to believe that this is a new problem due to the pandemic. Smith isn’t the only manager to complain about fixture pile-up; for years now, managers across Europe have been warning football bodies that their players are overworked, but it seems to always fall on deaf ears.

Sure, the very slim chance of a club winning five or more trophies in one season is moderately exciting, but the abundance of competitions in such a small time frame only harms players in the long run. These players are not robots that are here to play football solely for our entertainment, and they shouldn’t be treated as round-the-clock money makers by associations whose greed outweighs their compassion.