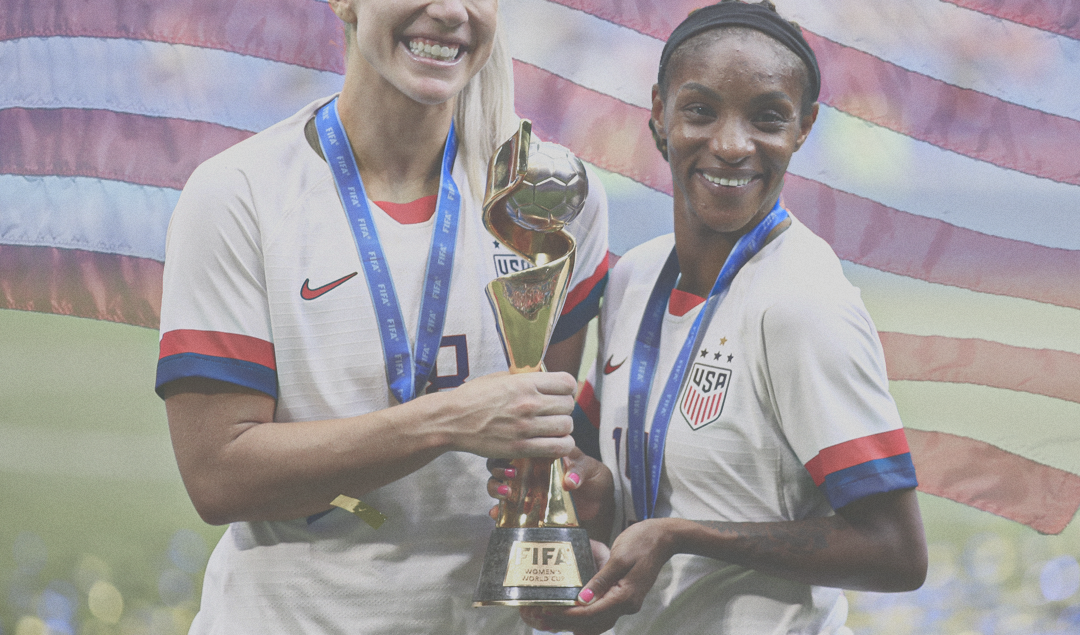 The USWNT conquered the World Cup for the fourth time after beating the Netherlands in a tactical and emotional battle. Scoreless in the first half against a really organized team that focused entirely in retiring space to the US build-up and controlling the inner space of their block, the USWNT came back with more option for the second half, creating more chances and getting closer to Van Veenendaal’s goal.

With the best attack of the competition, this USWNT was probably the most complete and deep team not only in this tournament, but probably in the history of Women’s soccer. In a campaign where all the field players got minutes, everyone showed quality to start in most of the other teams. While Rose Lavelle (third best player of the competition), Lindsey Horan and Sam Mewis showed that quality is granted for the future of the USWNT, players like Ali Krieger,  Carli Lloyd, Christen Press or Mallory Pugh showed that this team is much more than just a quality starting eleven, as some people argued.

It was not an easy route to the final, but the USWNT showed to be able to control games that were not easy at all. Teams like Spain and Netherlands were defensively brilliant, with just some individual mistakes that led to penalties. After scoring the first goal in every game they played, the team showed experience, knowledge of the game and composure in every moment, even after mistakes that allowed the opposition to score goals (Spain and England).

One of the great aspects of this team was the versatility when it comes to score goals. The USWNT was not only the best team on the field, but they were also the best one on set pieces and the best one counter attacking. Players like Rapinoe, Heath, Press, Morgan and Lavelle were constant threats to defenders, even when it came to drop the defensive line of the team and wait for an opportunity to counter attack. On set pieces, penalties showed to play an important part of this championship, but the US ended up scoring through corners, indirect free kicks and creating danger most of the time they had a set piece.

Alex Morgan, Megan Rapinoe and Tobin Heath are world class and known by everyone, but even for them would be hard to win a World Cup with only three players. Going along with the depth of this team, there were players that performed at really high levels that might not be recognized by everyone. My highlight goes to Crystal Dunn and Julie Ertz, two players that were phenomenal during the competition. Crystal Dunn played outside of her natural position, against some of the best attackers in the world and outperformed every single opponent. Dunn managed to be a defensive rock while also supporting the attack with smart runs and passes that unlocked opposite defensive blocks. After being left out the last World Cup, no one deserved more this trophy than her.

Julie Ertz is the key player of this team. Frequently left out of highlights (unless she scores headers in set pieces), Ertz was the most important piece of the American puzzle. Her positioning was essential to stop counter attacks, her quality on the ball starts most of the attacks, and her versatility helps the team to build a back 5 when the opposition is pressing high. Ertz is a very smart, competitive player, with technical and physical characteristics that make her world class.

Won by more than a country: a movement for equality.

Millions of American people celebrated this World Cup, but the celebrations happened all over the world. More than celebrating a World Cup, the real celebrations should be towards the great women that inspired an entire generation. If some people did not know about the differences of bonus and prizes between genders, now they know. If people did not know that teams made of people with different sexual orientation could win, now they know. If people didn’t know that Women are capable of promoting the most watched game of the year in the country of football, England, now they know. More than just the game or the championship, this USWNT led by Megan Rapinoe showed that sports are one of the best ways to inspire generations and promote human’s rights and values. This was never a gender fight, but an equality and human fight against prejudice. To everyone who made the World a better place after this tournament, thank you.