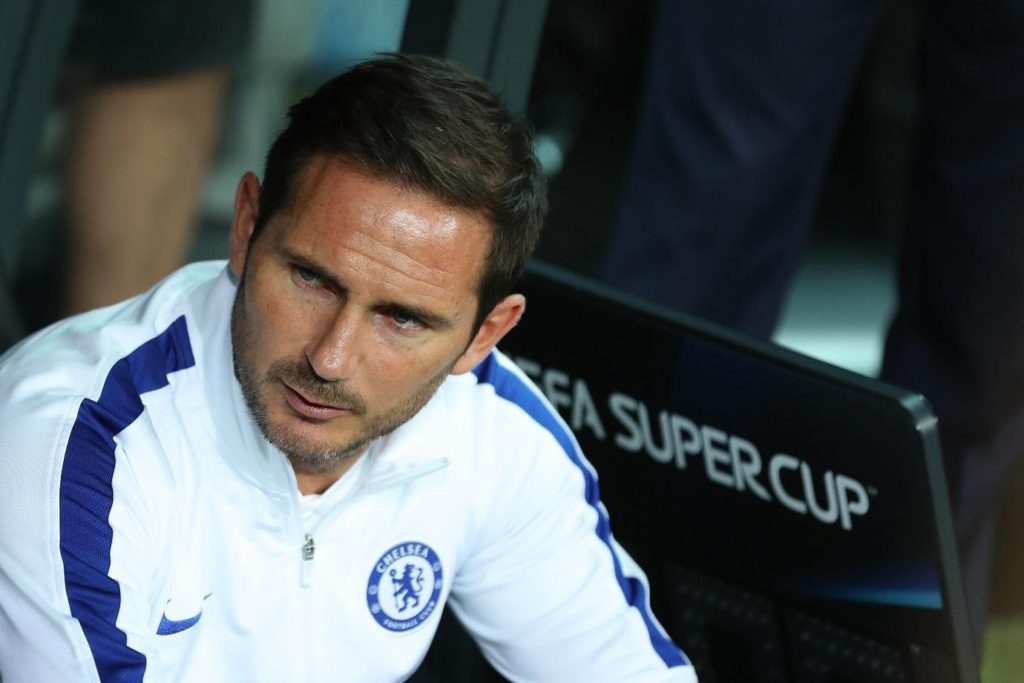 Chelsea fans would have been feeling confident heading into the January window with their transfer ban lifted early. However, Frank Lampard has failed to add any strength to his inexperienced side – leaving him and the Blues’ fans frustrated.

The former England international made it clear he was on the hunt for a striker to lift some of the weight off Tammy Abraham’s shoulders, but the 41-year-old failed to add any firepower to his squad – reportedly missing out on some big names.

“There is no movement to speak of now,” Lampard told BT Sport towards the end of the window.

“We got a punishment in the summer and it is meant to hurt you. We lost one of the biggest players in our history in Eden Hazard: That is the situation.

“My job is to work every day on the training ground to make the players better. The other part is looking at how we can move forward by bringing in players.

“So for me it’s clear. The money of it is not my job but I have to be honest and truthful. Short-term recruitment is something we have to get right.”

Paris Saint-Germain’s Edinson Cavani was linked with a move to Stamford Bridge earlier in the window with Napoli’s Dries Mertens looking a more likely target as the month drew to a close. Although, both deals fell through leaving Lampard with the same choice of strikers – Abraham, Michy Batshuayi and Olivier Giroud.

Abraham, who spent last season on loan at Aston Villa, started the season well for Chelsea, but has scored just three goals in his last 10 outings. In that time, the Blues’ results have taken a hit, with Lampard’s men winning just three times in the league.

Belgian striker Batshuayi has contributed six goals to the side this season, most of which have come in the domestic cups, while Frenchman Giroud has found the net just once – levelling the scores against Liverpool in the UEFA Super Cup.

The Blues have a four-point safety gap over Tottenham Hotspur in fourth place, but could have been more comfortable if they had won more than just three of their last 10 league games – notably losing to Bournemouth and Southampton at the Bridge before suffering another shock defeat away to Newcastle.

If Chelsea’s shocking form continues they could soon drop out of the Champions League spots and face another season in the Europa League – which would be a nightmare for the south west London faithful.

To add to Lampard’s woes, should Liverpool beat Shrewsbury in their FA Cup replay at Anfield, the Blues will have to host the league leaders at Stamford Bridge – making their progression to the latter stages of the competition extremely difficult.

The Blues are also back in European action later this month when they host German giants Bayern Munich at the Bridge before travelling to the Allianz Arena in March, and according to the available Champions League odds, Lampard’s side are set to crash out of yet another tournament.

As things stand, it looks as though the Chelsea legend’s first season in the Stamford Bridge hot seat isn’t going to be one to remember.