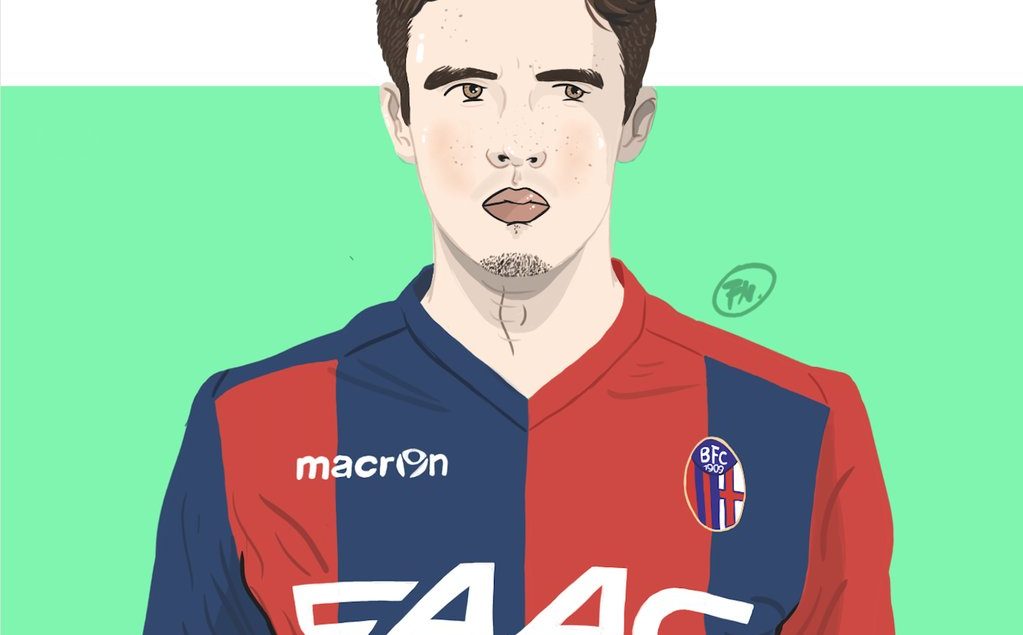 Nine months after his tiptoed arrival in Bologna, Adam Nagy has gradually caught the eye of Italy’s elite, and for some very good reasons.

This summer, an Italian club signed one of the top performing midfielders of Euro 2016. If asked to consider this statement, most people would instinctively, and rightfully, think of Inter’s Joao Mario, who reached the final of the competition with Portugal.

However, another Italian club completed a more low-key transfer, which could probably be described in similar fashion. Just after the ending of the competition, on the 14th of July, Bologna bought Ferencváros’ Adam Nagy, one of the main protagonists of Hungary’s positively surprising campaign.

Arriving in Italy for a ‘mere’ 1.5 million euros, Nagy didn’t necessarily make all headlines, and surely wasn’t the talk of the summer. Aside from the club of provenience and the low amount spent, the signing went undetected for one major reason. As we’ll go on to discuss, in fact, Nagy is a player whose qualities are not easily noticeable: he doesn’t display outrageous skill shows, doesn’t score 30-yard screamers. And still, the Hungarian has the necessary qualities and potential to become a key player for the mechanisms of any given team. Let us tell you why.

As always, before analyzing a player’s strengths and weaknesses, let’s take a look at his career thus far, though very brief in Nagy’s case. His footballing exploits were kick-started by an elite British academy program, which brought him to play in Spain and Portugal for a number of years. With the termination of the program in 2013, came Nagy’s signing for Hungarian club Ferencváros.

During his first season for his homeland club, Nagy played for the second team (in Hungary’s third tier) and primarily on the wings. After an impressive year with the seconds, Nagy was eventually upgraded to the first team, where he immediately imposed himself as a starter, dominating the midfield department alongside Hungarian-legend Zoltan Gera. The year culminated with Ferencváros’ victory of both the league and the National Cup. Awarded with the title of ‘best young player of the league’, Nagy was clearly at the heart of the club’s dominating season. Finally, as afore-mentioned, Nagy’s reputation grew internationally during the Euros, where he shone as one of Hungary’s brightest stars.

After appreciating the player’s display in the summer, I was excited and curious to witness his adaptation to the Serie A. I had no doubt that Nagy would perform: a very tactical player for the most tactical league of all.

First things first: Nagy’s biggest quality is, without any doubt, his footballing intelligence. Bear with me as I try to explain what this entails, since it could easily be dismissed as quite an abstract concept.

Ultimately, the expression ‘footballing intelligence’ can be reduced to this: Nagy has an exceptionally sharp understanding of tactics and of the under-the-radar aspects of the game. He isn’t an instinctive player and doesn’t rely on impressive physical means. Rather, he has the mentality of a coach: it almost seems as if he is able to witness the game from an external perspective.

Consequently, everything he does on the pitch rotates around his ability to predict and anticipate what will happen and how the game will unravel. For instance, Nagy moves relentlessly into space to liberate passing options for his teammates. This makes him vital to his team’s ball distribution since, even when he doesn’t receive the ball, he contributes to opening gaps in the opposition’s defensive lines. Immediately after completing a pass, Nagy noticeably moves into space – he does this relentlessly and throughout the whole game. Upon close observation, it is also clear that these off-the-ball movements are not at all casual: they are either aimed at receiving the ball or have the objective of misleading his opponents.

Nagy’s tactical acumen is also demonstrated by the rapidity with which he releases the ball. Even with limited space and under pressure, Nagy is constantly able to find a quick and efficient solution, contributing to the fluidity of his team’s ball-possession. This quality also guarantees a significant non-risk policy, given that Nagy seldom loses the ball. It is particularly impressive to consider the security that the player can provide, despite not possessing outstanding technical and physical means. Unsurprisingly, Nagy has declared that one of his models is Sergio Busquets. Although on a totally different level, the Spaniard does in fact display some very similar characteristics to those mentioned above.

Defensively speaking, Nagy’s tactical abilities are also essential. Able to think quickly, and sharply, Nagy works tirelessly to shut down passing options and to anticipate the opposition’s moves. Once more, this isn’t easy to notice: you’ll rarely see Nagy diving in for a brutal tackle, or winning the ball back by force. Rather, as during his attacking phase, Nagy is constantly on the move, and never for futile reasons.

Needless to say, Nagy’s manner of playing also involves some frustrating aspects. Inevitably, the Hungarian’s safe decision-making comes with a visible lack of verticality and of through-balls, whether long or short. You could argue that this is not something that is expected of all players, and you’d be correct. However, for a player with Nagy’s intelligence and understanding, it would be a waste if this aspect of his game weren’t developed. With increasing maturity, or perhaps by shifting his position slightly higher up the pitch, Nagy could turn into an assist-machine.

When talking of his weaknesses, it is also worth mentioning that Nagy never scores, highlighting his excessive lack of offensive involvement. Throughout his career, the 21 year-old has bagged only one professional goal, for Ferencváros’ second team – not enough for the top tiers of European football.

With his outstanding intelligence, Nagy has everything he needs to excel at high levels. His niche and discreet set of skills will forever make him an underrated player, to the eyes of the mainstream public. However, do keep an eye on him – he will always be of paramount importance for the equilibrium of his team.