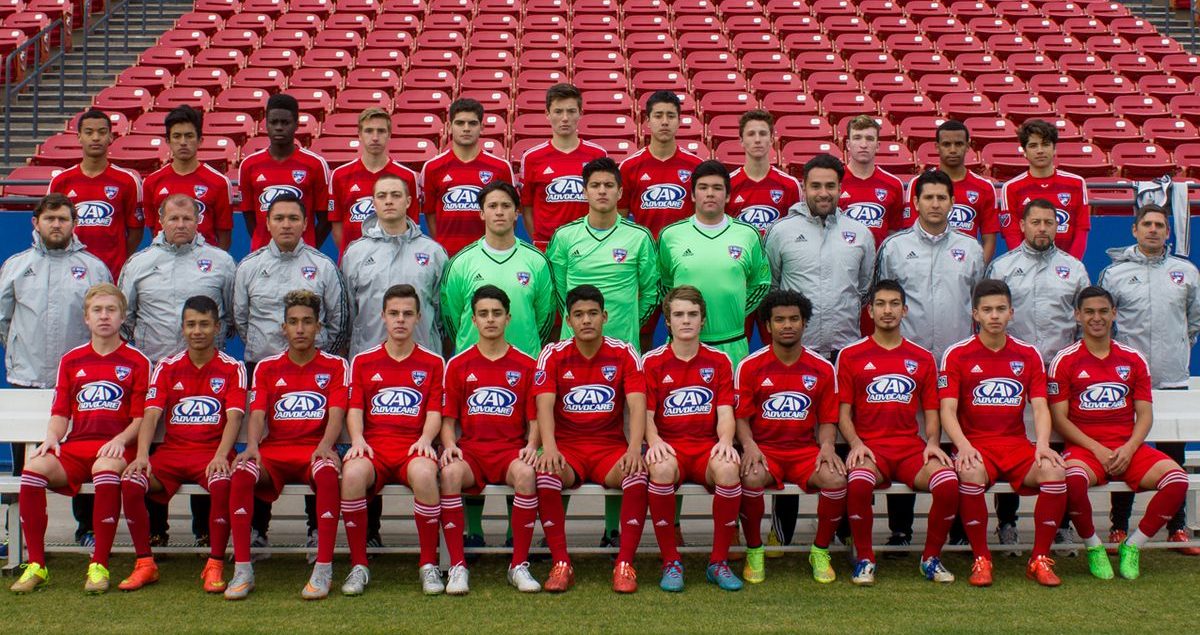 Since establishing their academy in 2008, FC Dallas now lay claim to one of, if not the best academy in MLS. Breaking The Lines’ Abhishek Mishra talked to FC Dallas’s Vice President of Youth Soccer Chris Hayden on what makes FC Dallas’ academy so productive.

AM: What are some core principles that you integrate into your youth coaching?

AM: Nearly half of Dallas’ population is Latino. Do you think FC Dallas have done well to incorporate aspects of Latino leagues and kick-arounds into their training?

CH: We value and have created a culture.  A main phrase that we use is “Busca La Forma” or “find a way”.  Our players must be problem solvers and we incorporate many games that are unstructured or semi-structured so that our players are given freedom to explore.  We don’t seek to give solutions, just confront our players with challenges that they must try to solve/overcome.

AM: How does Dallas find a balance between inculcating their players in the “FC Dallas Way” while also allowing their youth coaches freedom to apply their own principles?

CH: Again, players learn in stages and learning is cumulative.  If players start applying our principles into their play, it aids in the development of other players because the game becomes more predictable.  I don’t mean predictable in a non-creative way but rather in an ability to speed up actions and read scenarios faster.

Players must work together to solve problems that opponents create and if they are working from a base understanding, it is easier for them individually and collectively to find success.  Soccer has been described as a simple game that is difficult to play simply. We want to help our players be smarter on the field by being more collectively efficient.

AM: How important is the upcoming Dallas Cup for the region?

CH: Dallas Cup has been a rich part of the city’s history.  It is a great moment for our club to try to write another chapter in that history.  We have won several Dallas Cup Titles over the past few years including the U19 Gordon Jago Super Group and look to build on that this year.

On a separate note, the tournament gives us a unique opportunity to measure our players and teams vs. the world’s best without leaving home.

AM: How does FC Dallas develop youth off the field, in terms of education and mental growth?

CH: We have a unique relationship with FISD with two campuses (Lone Star High School and Hunt Middle School).  The relationship allows for many of our U14 and older players to have an abbreviated top-level academic experience and also train on the field daily.

The school district and their support have been a huge part of our success in signing players to our first team. We are closely monitoring our players in the classroom and they must maintain a high standard in the classroom to be part of the program.  This extra pressure helps us make education a priority for our young talents.

AM: What are your focuses in a 1v1 session with a youth player?

CH: Being proactive and confident. We want risk takers and players that are competitive and want to win. Testing players in 1v1 environments help us immensely in measuring some of the personality qualities that we look for in recruiting and formation. Personality drives performance and personality is revealed when players are accountable 100%. 1v1 provides a 100% accountable environment.

AM: How has the inclusion of a girls academy aided the development of the overall youth at the club.

CH: We have had a lot of success with our girls program over the past decade both with team success and providing a pathway to college. Our ECNL program has been fantastic and we have won the National Championship three years ago.

Last year, we added USSDA teams and have also won a National Championship in the inaugural year of the league.  Soccer is a family sport and we have many families who have siblings (male and female) and the two programs success and high standard have helped each other in terms of keeping soccer families in our club.

AM: What separates Dallas from the rest of the academies in America? Why do so many academy players rise up to Dallas’ first team?

CH: It starts with our owners, Clark and Dan Hunt, and their belief in our youth players.  Our First Team staff worked in the Academy and are very familiar with the young players, having coached all of them first hand.

We have a world class facility in Frisco. We have great youth coaches. We have a year-round soccer climate. We have a robust youth soccer market with a rich history.  We have a very diverse player pool with a great blend of ethnicities and physical profiles. We have a perfect storm for young player development and will continue to invest heavily in our path and direction to continue being one of the leaders in this direction.

AM: How has growing diversity in North Texas helped FC Dallas’ academy production?

CH: Professional soccer players have many unique qualities based on their positional needs.  Our player pool being diverse allows us to look for the physical attributes unique to each position without having to look outside of Dallas/Ft. Worth.

We have many players in our academy U12-U19 and we are sure that some of them will play in our stadium in the future. We just don’t know which ones.

AM: How does your scouting outside Dallas function ?

CH: We have some very important affiliate relationships that we look to outside of DFW.  We also have scouts looking at markets that do not fall into other MLS Home Territory restrictions.  When we locate and identify a top talent, we invite the player in to trial with us for a week. During that training opportunity, we will see how the player adapts within our environment.