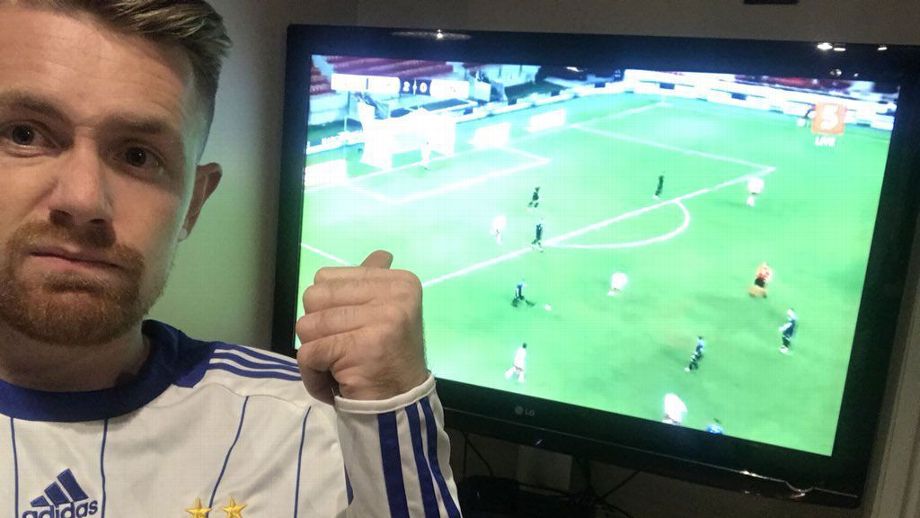 On September 6, 2017, Hungarian football journalist Tomasz Mortimer vowed to watch a football match every single day for the next 365 days. Then, he actually did it. Zach Lowy talks to Tomasz about his ambitious project.

ZL: Why did you do this project in the first place?

TM: Basically, it was the international break, just like now and there was barely anything on but Hungarian football so I tweeted out something sarcastic like “at least I’ve got to watch some type of football tonight, NBI’s on” and my mate replied back saying, “do you think it’s possible to watch a game every day for a year?” and I said, “I think so, I might try it” and that was it. It was off a whim, I didn’t really think about it. I just wrote the thread and I was off.

ZL: So you thought it was more or less a joke first?

TM: Not even a joke, more just a challenge really. I didn’t really think about how hard and how laborious it would actually be.

ZL: When did you start to realize, oh shit, this is actually gonna happen?

TM: As soon as I wrote the first tweet, I knew I couldn’t go back. When it comes to avoiding social embarrassment, I’m committed and stubborn as hell. Social embarrassment would have been caused if I failed so I had to keep going no matter how boring and annoying it would be. I also tried my best to never think it was hard or rubbish. I really did enjoy most of it.

ZL: Would you say that you felt like this was going to be a big career achievement for you? Or more of an achievement as a person?

TM: Honestly, it doesn’t really feel like an achievement at all. Anyone daft and stubborn enough can do it if they wanted to.

ZL: So do you regret it?

TM: I don’t think I do know, i don’t think it’s good to live with regret, but it was certainly foolish, though having said that, I did, for the most part, enjoy it. It was really good fun to watch such random football. The relentlessness of it was the very annoying bit though.

ZL: So many people, they find an actual plan, a New Year’s goal, they set it, and then they stop doing it midway through January. Did you feel like this was easier than any other year-long goal you’ve done, or tried to do?

TM: Yeah 100%. I think the fact it was in a public forum made it much easier to not turn my back on it. And it was essentially sitting down and looking at a screen. I didn’t have to be in the best mindset to do it.

ZL: So you would say the most important thing for you was not the desire to see 365 games in 365 days, but to avoid public embarrassment?

TM: As ridiculous as that sounds, yes.

ZL: What life lessons did you take away from the project?

TM: Yeah plenty. Levante 5-4 Barca was one of those, that was an unreal game as I’m sure many can remember, obviously Argentina – France in the WC, but also more niche games like Al Ain vs Al Wahda which was basically a title decided in the UAE and a game which is dubbed as the country’s Clasico. An unreal game which ended 6-2 when it was just 2-0 with 20 minutes to go.

ZL: What were some games that made you go the opposite—this game is terrible, why on Earth did I watch this?

TM: Antwerp vs Standard was an awful 0-0, that was by far the worst and it was my first 0-0. Never watched the Belgian league after that because I felt so annoyed by it. The WC Euro Qualifier playoffs were awful as well, but I’d have watched those anyway. But that Antwerp game. Man. Stayed long in the memory.

ZL: Top 3 games you watched this year? In order.

ZL: Did you purposely force yourself to try to watch as many different leagues as possible?

TM: Yeah, at times, but at other times when I was struggling more I just went for the tried and tested just because it would be more enjoyable. Also, I wanted to watch games with other people. There was a lot of watching games on my own after the last year.

ZL: What are some favorite new leagues you picked up on this project?

TM: I loved the Chilean and the Algerian. I already knew Liga MX was loads of fun, and that didn’t disappoint either.