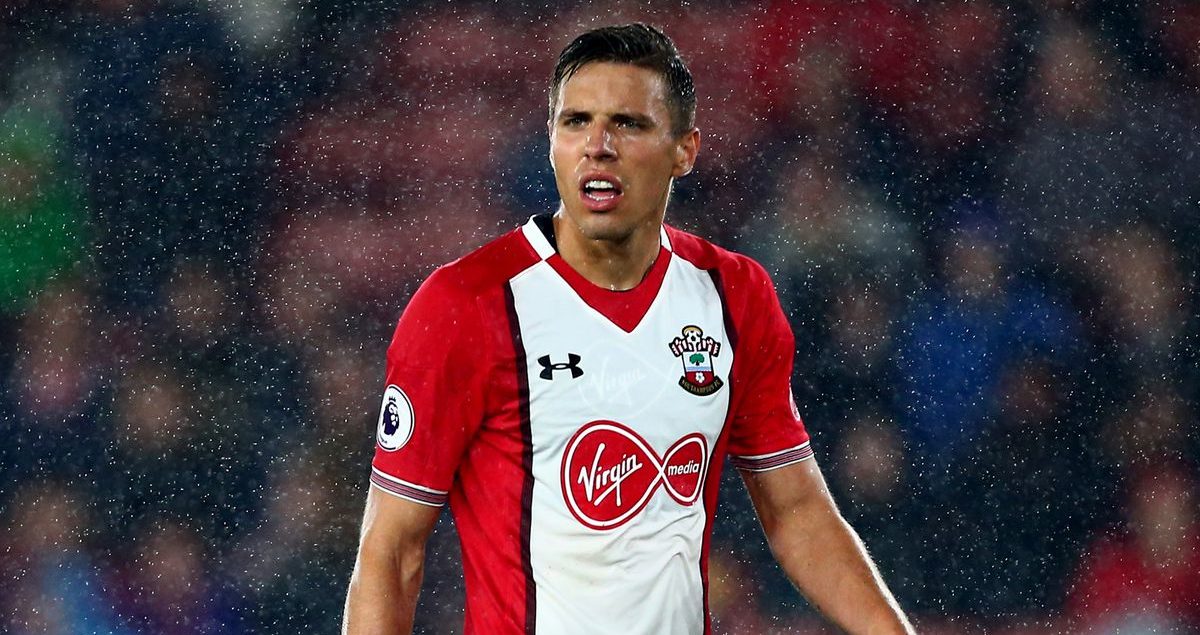 Jan Bednarek has been resurgent since the arrival of Ralph Hasenhüttl at Southampton. The 22-year-old Polish international has flourished over the Christmas period, establishing himself as not just a first choice defender, but a fan favourite too.

The Polish international was out of favour at the club under the previous regime, with Mark Hughes at the helm. In fact, Bednarek struggled to make a significant impact on the south coast since his arrival in the summer of 2017.

Starting his career at Lech Poznań, in the Ekstraklasa, Bednarek joined the club in his youth and progressed through the ranks before making his debut at just 17, against Piast Gliwice. The debutant helped his side to a 2-0 win, and impressed enough to become an integral part of the side for the season.

Impressing in his 31 appearances for the club, Bednarek was involved with the Poland U-21 side who hosted the U-21 European Championships in 2017. Unfortunately, he could not prevent his Poland side from finishing bottom of their group, which contained England, Slovakia and Sweden, with the Biało-czerwoni bottoming out after one draw and two losses.

Despite that poor outing by Poland, Bednarek earned himself a move to the Premier League, to Southampton, a fee rumoured to be around the £5 million mark. The Pole had to be patient for his opportunity in the Premier League, it was not until April 14, 2018 did he get his first start, at St Mary’s Stadium against Chelsea.

He helped his side roar towards a 2-0 lead, scoring early in the second half as he thumped a volley into the net from a James Ward-Prowse free kick. Bednarek helped shepherd the defence to such effect that day, keeping Álvaro Morata at bay for much of the game. Ultimately, it was the introduction of Olivier Giroud which forced the young defender onto the back foot, and an education into the physical side of the Premier League resulted in that 2-0 lead turning into a 3-2 defeat. Just seven more appearances followed for Bednarek, as the managerial uncertainty and the need for results over development ushered him into the background.

Mauricio Pellegrino left and in came Mark Hughes, who was tasked with one thing, to keep the side safe from relegation. As a result, Bednarek was often out of favour due to his inexperience in these situations. Despite this, he played in the most important game of the season, a trip to Swansea City. Playing in a back three alongside Jack Stephens and Wesley Hoedt. Bednarek had a bigger impact than he intended, but in a fashion he did not expect. After being concussed by his own goalkeeper Alex McCarthy, he made way for Manolo Gabbiadini, who would go on to score the winning goal and preserve Premier League status for Southampton.

Impressing in his appearances on the pitch for the south coast side, Bednarek was rewarded with a place in Poland’s World Cup squad, and enjoyed a stellar moment in his career, scoring the only goal in a 1-0 win over Japan.

Jan returned to Southampton and Mark Hughes, hoping his exploits in Russia would prove he has the ability and mentality to be involved with the first team this term. But the 22-year-old was low down in the pecking order, with new arrival Jannik Vestegaard, Jack Stephens and Wesley Hoedt the preferred trio to choose from.

But Mark Hughes reign was short-lived, and departed the club in November as former Red Bull Leipzig manager Ralph Hasenhüttl took over. His impact was immediate, putting his trust in the young, hungry and raw.

Bednarek profited from this, and grew into his role on the pitch, taking all the responsibility firmly in his grasp, showing maturity beyond his years on the pitch. His ability to read the game is underappreciated, as well as his distribution of the ball. But most impressive about the progression of the former Lech Poznań man is his determination and aggression when defending. Rarely outdueled by an opponent with more pace, or physicality, Bednarek has confidence in his own ability to be one step ahead of the striker where it matters, in the head.

An aspect of defending which often goes unappreciated is the ability to make a sacrificial decision at the right time. A perfect example of this was the recent 0-0 draw with Chelsea.

The forward line of Chelsea were breaking at the Southampton defence with immense pace and numbers, Morata was inches away from being clear on goal, but Bednarek made the choice to put in a tough, risky tackle on the Spaniard. A tackle that was ultimately given as a foul, but it prevented the London side from taking the lead, at the small cost of a caution to Bednarek. He immediately got to his feet, applauded his teammates and organised the shape of the team infront of him.

His rate of progression in both ability and maturity give off the aura of someone who will give his all to become the best he can be. He’s not the most naturally talented defender in the Premier League, but one who can be relied upon at such a young age is an asset to have in any team going forward.