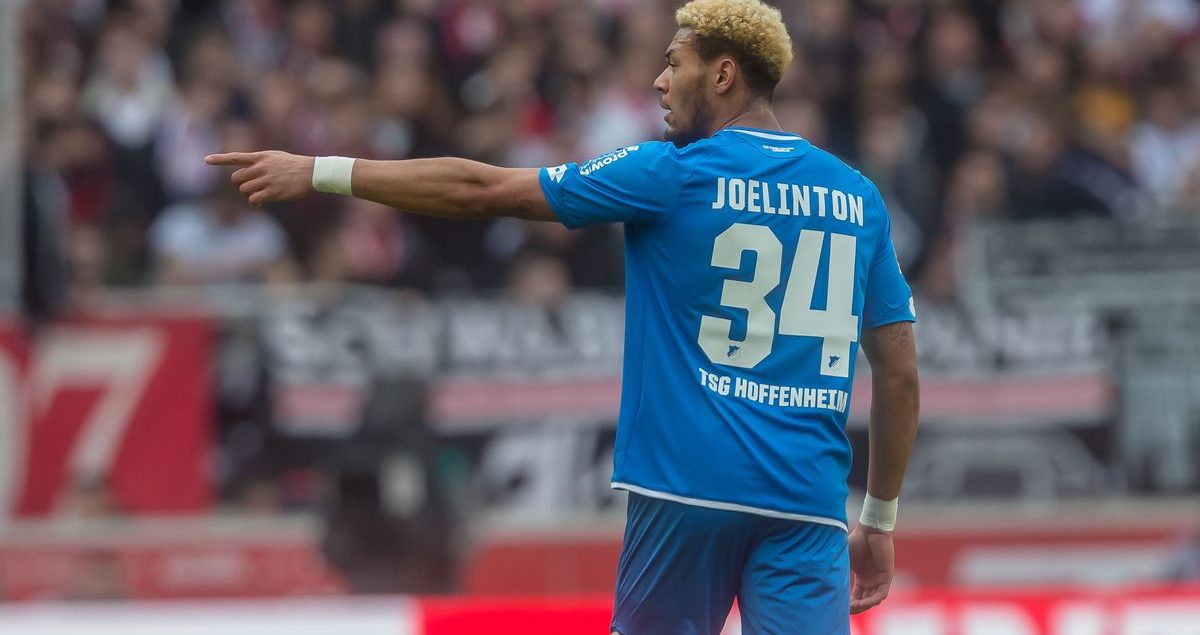 Imagine a scenario: you’re on board a boat that has started letting water in and your captain has jet-skied off into the sunset. It’s not sinking, but without proper attention it will do. You’re ready to start trying to mend the boat, but on the water you see a dingy calling for you, saying that with you they can all get to safety. Do you try and mend the ship? Or do you get into a dingy and try and make it to shore? It’s a big risk to jump onto a dingy from a big boat, but for some reason there is something more enticing about pioneering an against-the-odds triumph rather than just helping out with a fix-up job. When Joelinton made the switch from Hoffenheim to Newcastle, Joelinton jumped.

It is perhaps harsh to liken Hoffenheim to a ship with holes in, they are, after all, a team that was in the Champions League last year and held their own in a group with Manchester City, Lyon and Shakhtar Donetsk. While it would be rash to say they are sinking, it is probably permissible to assume that they are not on an upwards trend, or at least, not a certain one.

Having been in the Bundesliga for ten years now, Hoffenheim spent their first few years either flirting with relegation or sitting convincingly mid-table (with the exception of their first season where they neared European qualification). When Julian Nagelsmann joined the club as coach in 2015/16, the club had a dramatic turn around, going from 15th in his first season, to fourth and third in his next two seasons. It was an impressive feat that was considered to be masterminded by the young coach himself and almost impossible to recreate.

In the summer of 2018, it was announced that Nagelsmann would be leaving Sinsheim for pastures new in Leipzig, and that 2018/19 would be his last campaign with Hoffenheim. If your star coach, the man that has somewhat revolutionised the club, leaves, you can assume that the club will suffer slightly. But Hoffenheim were no bad team and they still had Nagelsmann for one more season. European qualification would be able to patch over some holes that may arise after Nagelsmann’s departure, and the genius behind Hoffenheim’s incline was sure to achieve that, right?

Unfortunately not. At the end of the season things were tight at the top of the table, with Borussia Mönchengladbach, Bayer Leverkusen, Eintracht Frankfurt, Wolfsburg, Werder Bremen and Hoffenheim all in the running for European places right up until the last day. A complete capitulation at the end of the campaign, which saw Hoffenheim winless in four of their final five games – including a shock defeat to 10-man Mainz on the final day – meant that the side finished ninth, the epitome of mid-table. This meant arguably the best manager in the club’s history was leaving without giving the side a real platform to build from. Now those are some holes.

True, Hoffenheim have been doing a lot of business and bringing in players to help patch over the problems they may face without their star manager, but the level of uncertainty is something that cannot be ignored, especially for a player like Joelinton.

The 2018/19 campaign was Joelinton’s first and only campaign in Sinsheim, and while it was by no means a bad season, it was not one that secured him as a vital Hoffenheim player. He had a commendable season, scoring seven league goals and providing seven assists, but not one that set the world alight. Those are respectable numbers considering he spent a month out injured with a ruptured ligament, but realistically, he did not make a strong case for matching up to, or eclipsing, his strike partner, Andrej Kramaric.

Andrej Kramaric scored 17 goals in the Bundesliga last season and ranked as one of the highest scorers in the Champions League despite Hoffenheim only playing in the group stages and never actually winning a game. He is one of the pioneers of Hoffenheim’s ascension and recently became the club’s all-time top scorer. He has pledged his future to the club and will no doubt be ‘Mr Hoffenheim’ for years to come. If you’re a 22-year-old Brazilian trying to make your name in Europe, it’s probably easier when you’re not in the shadow of a current club hero.

Alongside that, new coach Alfred Schreuder has been doing a fair amount of business, allowing arguably one of Hoffenheim’s best players, Kerem Demirbay, to leave for Bundesliga rivals Bayer Leverkusen, as well as bringing in an assortment of players from 2. Bundesliga teams. That’s not to suggest that these players will be bad in any way, but it does suggest a shift in the development of the club, where they are now having to rebuild again, rather than continue on their upward trend.

So, if we revise Joelinton’s situation at Hoffenheim: he is a player that played well last season, but is unlikely to ever be thought of ahead of his strike partner; he is dealing with the uncertainty that comes with a new manager and seems to now be part of a fix-up job; and, finally, has no European football to entice him for next season. The club are at a crossroads and just finished unequivocally and irrefutably mid-table. So what’s there to do?

Similarly, it is quite unfair to call Newcastle a dingy. They are one of the most deeply beloved and widely respected clubs in England, and play in arguably the best league in the world. So why are they not considered a safe venture? Why is Newcastle more comparable to an inflatable piece of plastic rather than a cruiser? Well, in short, the answer is Mike Ashley.

Newcastle are widely expected to be relegated this upcoming season and it’s a very understandable mindset. After communications between Ashley and former manager Rafa Benitez broke down, the Spaniard chose to move instead of renew a short-term contract.  The names of classic relegation-candidate managers started to swirl around and one of them was eventually announced as Steve Bruce was appointed head coach. Going from a Champion’s League winning manager to the author of some football-themed crime novels is not the step you make when you have high aspirations as a club, and so it’s hard to refute the idea that Newcastle will struggle this season.

So why do it? Why jump? Why join the against-all-odds survival candidates that have just had one of the most bizarre managerial downgrades in modern history? Why not stay at a club that is practically guaranteed to offer top-flight football, if not more?

In all honesty, that’s something that only Joelinton can answer, but you can take a reasonable guess: Joelinton wanted to be part of something special.

That’s not to suggest that Hoffenheim don’t have high aspirations, but when a club no longer has its recognised striker from last season and suddenly breaks its long-held transfer record for you in the wake of a possible relegation crisis, there is an indication that you are probably quite a big deal and, perhaps, the person they feel can pioneer their escape.

It may not have been a debut that made heads turn, but Joelinton should not be written off after a narrow defeat by a top six team. This is a new league, a new team, a new manager and a completely new challenge for the young Brazilian, and chances are the waters will be rough.

Joelinton left a relatively safe venture to be a big player for an almost no-hope team. Yes, it’s a gamble, but it’s one that I can’t help but slightly respect.

He may not be a hit contender for your fantasy team and it’s rather unlikely he will sit atop the scoring charts, but Joelinton jumped from a top-four contender to be part of an almost impossible task with Newcastle. And while there’s safety in the boat, there’s adventure in the dingy, so I for one will be strapping in for the ride.