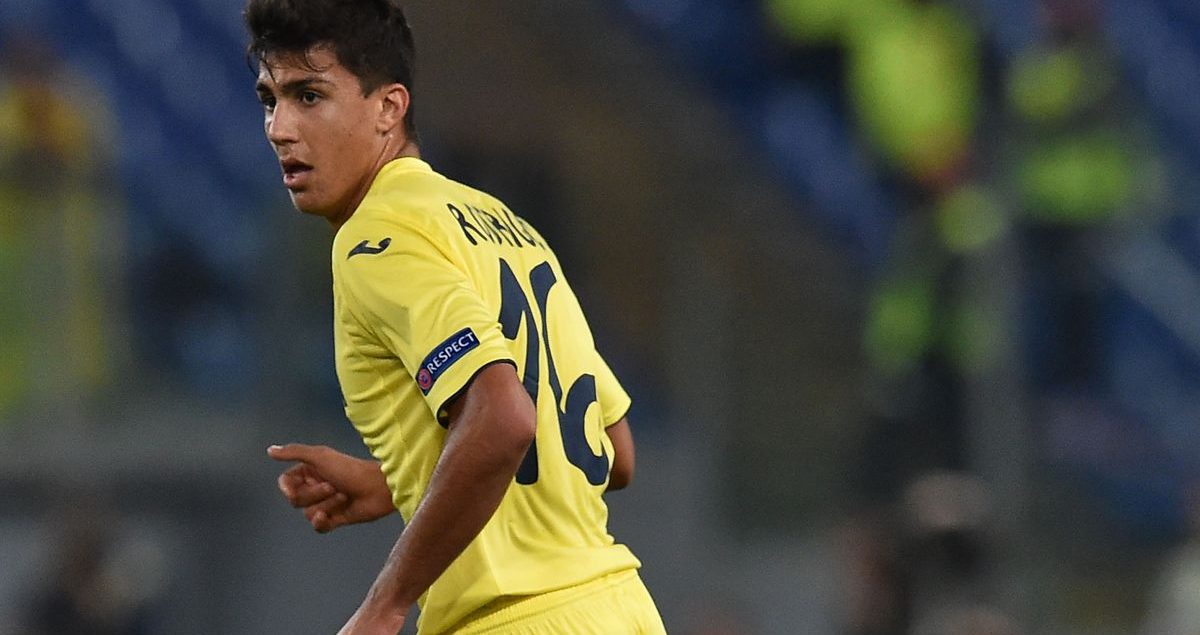 The main talk so far this season in La Liga has been the undefeated run of Ernesto Valverde’s Barcelona, Real Madrid’s slightly improved since the start of the year or the impressive revival of Valencia under Marcelino. However, the acceptable work of Javier Calleja’s Villarreal has certainly gone unnoticed by the Spanish media.

Villarreal were one of the many sides in the league that had a very bumpy start to the season as they were conceding cheap goals and were having problems in front of goal, though, the togetherness and the unity of the team has helped them to go on to recover their fine form and most importantly their crucial results.

Calleja has been blessed with a very mixed squad, from a bunch of individuals that are incredibly gifted to a number of experienced players that have been at the club for quite some time. Despite the departures of Jonathan dos Santos, Mateo Musacchio and Roberto Soldado in the summer as well as Cedric Bakambu leaving for China last month, the arrivals of Carlos Bacca, Enes Unal and Pablo Fornals to the Estadio de la Ceramica has allowed the team to stay on track with their aims and objectives.

Although players have come and gone during the previous transfer windows, it’s been the rise of the sensational defensive-midfielder in Rodri that has stolen most of the headlines in the east coast of Spain. He may have only become a regular starter for the side this campaign, but no one at all from the current squad is anywhere closing to taking his place from the starting line-up anytime soon.

It’s time to continue the focus on Rodri, who is proving to be one of the best midfielders within the league.

At the age of 11, Rodri joined the youth academy of Atletico Madrid and spent just over six years within a specific group of players, before he was released by the club due to the fact that he was deemed as an individual who lacked the physical strength to play for the side’s first team or even the reserve team itself.

After being given this devastating news, he luckily received the opportunity of signing for Villarreal, which he agreed to do so without any second thoughts. His unbelievable hard work and impressive commitment during his two years in the club’s youth setup presented him with the chance to move up to the reserve team.

In February 2015, Rodri officially made his senior debut for the reserves, where he came on from the bench in the second half as the side went on to beat Espanyol’s B team. Following his first appearance, he became a regular starter for the team as he went on to complete just under 50 games in over a year. During that time, he played a key role for Luis de la Fuente’s Spain as they went on to win the UEFA European U19 Championship, which the youngster was rewarded in return with a place in the Team of the Tournament.

A couple of months after the competition, the boy from Madrid was given his first-team debut as he started in a 2-0 victory at home to SD Huesca within the Copa del Rey, with both goals coming from Manu Trigueros and Roberto Soldado. Since then, he was placed in the match-day squads here and there but was not given the opportunity to mark his first appearance in the league until April 2016 in a defeat away at Rayo Vallecano.

Despite Rodri’s game time being seriously limited due to Villarreal’s aim of finishing in the top-four as well as their aspiration of advancing further in the Europa League, the midfielder received his chances of shining for the first-team in abundance during the 2016-17 campaign. Under Fran Escriba, who was the manager at the time, he went on to complete just over 20 appearances in La Liga and four appearances in the Europa League. Given that the side were overloaded with games in all competition, most of the displays made by Rodri were from the bench in the late stages of the fixture, where he still managed to impress the fans and the manager.

Whilst being utilised as a defensive anchor at the heart of midfield, Rodri’s ability to complete many types of passes, allows the team to progress into the final third and counter-attack on all fronts. Calleja’s style of play is to be attacking within a 4-4-2 setup as well as to press high up the pitch when the side are not in possession of the ball, which tends to help the team to break on the counter due to the error made by the opposition.

Focusing more on his types of passes, most of Villarreal’s attacking moves go through him as he is now regarded as the heartbeat of the team. Given the fact that he can break the lines of a deep defensive block, he is more than capable of producing quality balls into the final third of the pitch due to his eye for a pass and his composure to go on to complete it. He is now also proving to be the perfect replacement for Bruno Soriano.
Considering the fact that he is only 21-years-old, he has shown his intelligence on and off the ball and is seen as a calm controller in midfield, especially when it comes to keeping the possession of the ball whilst under pressure. On top of that, as a natural defensive-midfielder, Rodri times his interceptions and tackles to total perfection, which is something that most players within the league cannot do successfully on a regular basis.

Along with his plethora of strengths, Rodri has his weaknesses too and his main one is to take control of the game by the scruff of the neck and to dominate the fixture on both sides of the pitch, like how Bruno has been doing at Villarreal for the past five to ten years. Due to this reason, the midfielder is a couple of levels behind the likes of Julian Weigl and Sergio Busquets, who are considered as the best players within their position.

Not only that, but he could certainly work on improving his ability to help the team out offensively, by possibly chipping in with a few goals and assists here and there. It’s easier said than done for sure, though, if the youngster can add this phase to his game then he can go on to become a very complete player in midfield.

Within football, the defensive-midfield role is arguably the most crucial and underrated position, where the player’s control and influence in the middle of the pitch is greater than the playmaker or the goal-scorer of the team. When looking at the best individuals within this sector, Rodri may not be considered as one of them, however, the La Liga supporters will know by now that he is one of the best in the league in his category.

Compared to the other central or defensive midfielders within the league, he has completed the fifth most interceptions (42) and the seventh most tackles (62), evidently proving that he has established himself as the real deal in the centre of midfield. Due to his knack of snuffing out the danger in his own half and having the ability to be effective on and off the ball, he has become an influential and important player to the team.

So far this season, Rodri is certainly enjoying his opportunity to play for Villarreal on a regular basis, where he is utilised as a central-midfielder within Calleja’s 4-4-2 system. In midfield, he plays alongside Trigueros whilst both Pablo Fornals and Samu Castillejo carry out their duty on the flanks, allowing the side to be deadly and effective in transition with the ball due to the perfect balance they have within this department.

Given the mature performances of Rodri, some would not have even realised that Bruno has been out with a leg injury from the beginning of July 2017 and has not returned to full fitness since. It’s never easy to replace an individual like the 33-year-old, on the other hand, Villarreal’s number 16 has done it with no trouble.

The 21-year-old has also come up with two convincing displays in the Europa League, at home and away to Kazakhstani side FC Astana, who actually have four league titles since being founded nine years ago. In both fixtures, he was on top of his game and a few steps ahead of the opposition’s midfield as he put in a complete and dominant showing that even the top defensive-midfielders within the world would have been proud of.

Unfortunately for Javier Calleja and Villarreal, Rodri has already agreed to personal terms with Atletico Madrid, and he will be joining them in the summer for a figure of €20m plus €5m in add-ons. With Diego Simeone lacking many options in the middle of midfield as well as the captain, Gabi, turning 36-years-old in the summer, the arrival of Rodri would potentially be seen as a fine piece of business done by Los Rojiblancos.