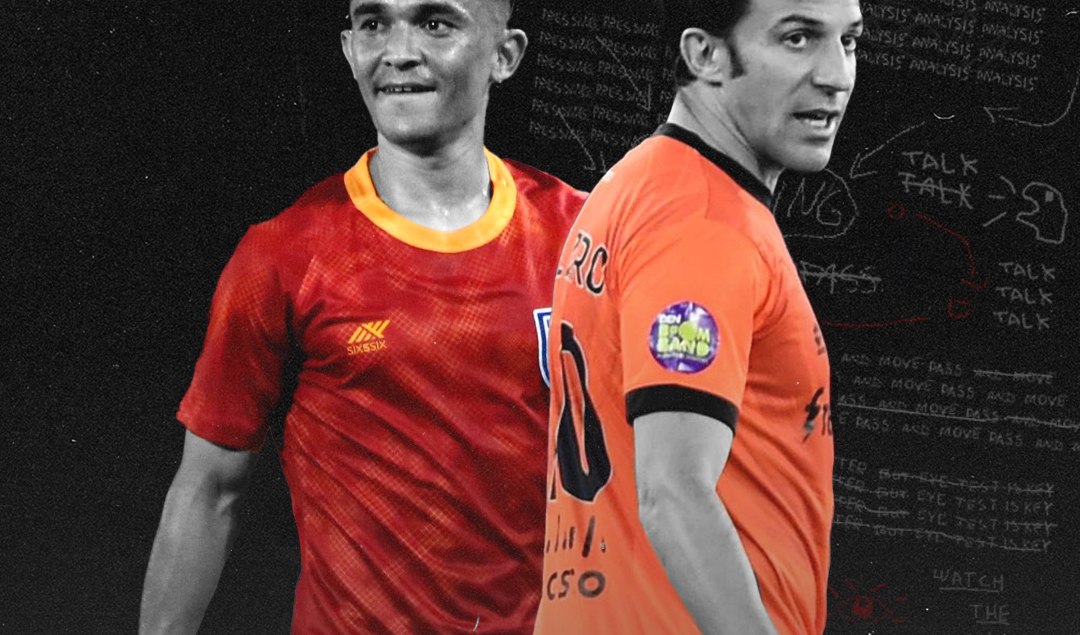 Despite the fact that cricket remains the most popular sport across India, there is growing evidence to suggest that football is quickly gaining ground. European competitions, including the English Premier League and Spanish LaLiga, now boast millions of enthusiastic fans and followers across the whole sub-continent. The beautiful game is being embraced amongst Indians like never before.

European leagues and competitions are fighting a new turf war, keen to increase interest in their products across this vastly populous region. Although this has also brought additional benefits for domestic leagues and competitions, leading to growing interest for the Indian Super League and the I-League, both of which are surfing atop the crest of a rising football tsunami.

Following the introduction of the National Football League in 1996, the All India Football Federation (AIFF) aimed to further professionalise the sport in 2006, reformatting competition to establish the I-League by 2006. However, due to a combination of poor management and marketing, the competition itself never gained the widespread appeal it was hoping for. This inevitably led to the Indian Super League (ISL) being founded, which commenced in 2014.

.@luchogarcia14 rates his ISL debut game as one of the best in his illustrious career. Has the ISL put Indian football on the map? 🗺️🇮🇳 #IndianFootball #HeroISL #LuisGarcia #ATK pic.twitter.com/nmOTr5zcAy

Initially based upon a franchise system, similar to Major League Soccer in North America and the A-League in Australia, host cities were selected and eight clubs established. Each of those clubs was allowed to sign a marquee player, which brought a host of top stars to India. The original eight were Luis García, Elano, Alessandro Del Piero, Robert Pires, David James, Freddie Ljungberg, Joan Capdevila, and David Trezeguet.

During the first three seasons, the Asian Football Conference (AFC) and FIFA refused to recognise the ISL, suggesting the competition was nothing more than a tournament, only recognising the I-League as India’s official football competition. Ahead of the 2017-18 season, that changed when the ISL became the premier tier and the I-League the second, with the two competitions finally coexisting and running alongside one another successfully.

Huge Growth of Football Across the Sub-Continent

Throughout India, there is an evolving audience that is keen to embrace football from every corner of the globe, including the domestic game. Some fans will combine their passionate support for a European giant like Manchester United, with that for one of their more local Indian Super League or I-League teams. After all, travelling to Europe is both complicated and costly, so watching local teams is often the next best thing.

The love for the game in India. Brides getting mehendi of their favourite teams in marriage ceremony. #GGMU@ManUtd pic.twitter.com/ivG7F9u4uc

Likewise, in the midst of a blossoming digital age that is making access to football easier than ever before, fans can watch live streams of games played at home and abroad. Interaction between fans, teams and competitions, has also increased significantly, backed by a wealth of statistical data and information. Those elements encourage further participation from fans, instantly able to share their thoughts and views via social networks.

This has led to a boom for the online betting industry throughout India and Asia, as fans look to further enhance their entertainment via direct participation. Keen followers of football betting in India now have access to more wagering options, although key to enjoyment is finding value in betting markets, along with the best odds and promotions. The best tip for Indian bettors is to always check through plenty of guides, before choosing where to place bets.

While attendances and interest in the domestic game has grown steadily, the Indian Super League and the I-League simply cannot compete directly against the giants of Europe. But instead of trying to do that, Indian clubs have begun to forge partnerships with their European counterparts. Mumbai City FC is perhaps the best example, with City Football Group (owners of Manchester City) acquiring a 65% controlling stake in the ISL club in 2020.

Other partnerships involve varying degrees of participation. German Bundesliga side Borussia Dortmund entered into a partnership with Hyderabad FC in 2020, initially for two years but with an option to extend that until 2025 and beyond. This deal principally revolves around the German club providing education for coaches and players, along with support for the academy system, helping to develop the next generation of young talents.

Austrian side FC Basel were the first club to buy a stake in an Indian football club. They made an investment of around €20 million in Chennai City FC in 2019, establishing an affiliate relationship between the two clubs. Scottish giants Rangers started a technical partnership with Bengaluru FC in 2019, then signed Indian women’s national team captain Bala Devi. In 2020, German outfit RB Leipzig forged a strategic partnership with FC Goa.

Heading into the 2021-22 season, for the first time during the coexistence of both competitions, the winner of the I-League will gain automatic promotion to the Indian Super League. This finally brings the two leagues together in perfect unison, which means that ahead of the 2022-23 season, the newly promoted I-League team will join the ISL purely on merit. Up until now, changes to the ISL have come when franchises failed or two clubs merged.

Eleven teams will compete in the 2021-22 edition of the ISL, followed by 12 in the 2022-23 campaign. Thanks to a much-improved structure for the game, increased connections with European football, better coaching and training facilities, plus enhanced coverage and broadcasts, the future of the Indian game has never looked brighter. Instead of importing the best players, India could soon become a hotbed for exporting top talents elsewhere.