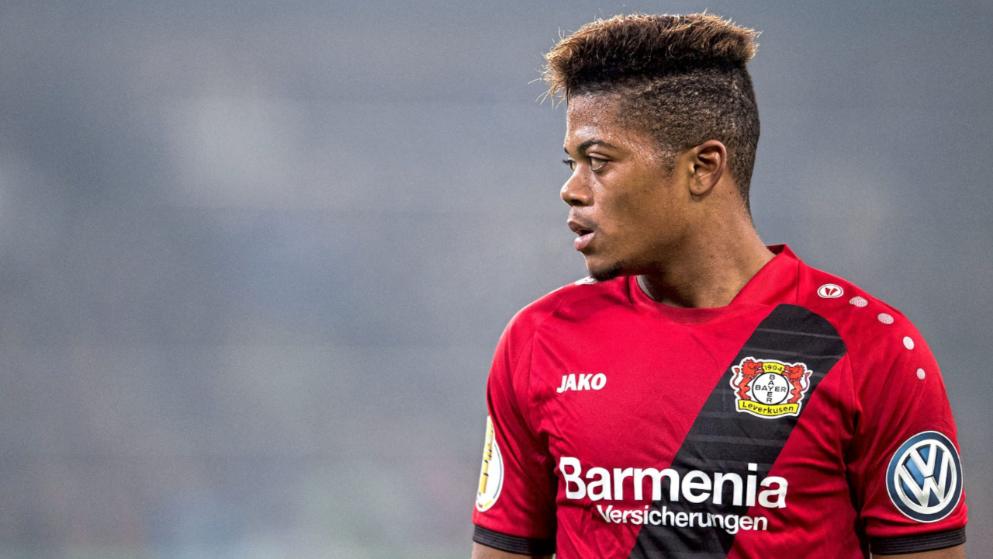 When Jamaican winger Leon Bailey made the move from Genk to Bayer Leverkusen in January 2017, few thought he would become an integral part of such a young and exciting side, which is once again pushing for Europe. Even fewer would’ve predicted that he would be able to be the main man at the Bay Arena, overshadowing the likes of Julian Brandt and Karim Bellarabi.

Then a 19-year-old winger he attracted attention from the big clubs following his performance in the 2016/17 UEFA Europa League group phase. He scored 4 goals and grabbed 2 assists for Genk at the time. This earned him a place in the official team of the Group Stage and eventually the move to Leverkusen. His goal against Rapid Vienna on 15 September 2016 was crowned the Goal of the Competition.

“In Leon Bailey, we have brought in another highly promising player on a long-term deal. This lad was high up on the wish list of many other European clubs. That makes us even happier to have won out against such strong competition.” These were the words of club CEO Michael Schade who was speaking to the Bundesliga’s official site after securing the young Jamaican.

Although he had to acclimatize to his new surroundings last season Bailey has enjoyed a wonderful Hinrunde in which he scored 6 goals and assisted 5 in 14 league games this season. In addition to that, he has 2 goals in the DFB Pokal. He not only is finding the back of the net but also making those around him better. That most notably is evident in Striker Kevin Volland. The former Hoffenheim man is enjoying a successful stint following an underwhelming first season. The German striker has found his scoring boots and that in great part is a result of the relationship he has managed to foster with Bailey.

The man who is nicknamed Chippy, given by his father because he looked like Alvin from the Chipmunks movie, combines pace with accuracy and flair with end product. He bypasses opposition defenses with relative ease. Once he is clean through there is very little doubt that he will deliver. He continuously manages to find himself in ideal positions to either score or assist, and with that lethal left foot of his, he makes sure that either one of the two happens.

The Jamaican’s versatility allows him to play on both flanks as he is also a threat when cutting in from the right to have a go. He can also be fielded as a striker if the need arises.

At the end of December Leverkusen had to play their last two matches of the year in a space of 3 days. Bailey’s performance in those two games effectively sums up the amazing season he is having.

After coming on from the bench against Hannover on Match Day 17 Bailey grabbed a brace to earn his team a 4-4 draw. In the DFB Pokal, the winger was at it again scoring the winner against Borussia Mönchengladbach.

In those games, he managed to score similar types of goals. He made surging runs from the left flank and once he surpassed the opposition back-line he slotted the ball home with a powerful strike. This once again highlights what a nightmare it must be for fullbacks when he comes running at them. Dribbling, Crossing, and set-piece delivery are other qualities he has in his locker.

Leverkusen’s number 9 is also a man for the big occasions. He managed to score against direct rivals Schalke, RB Leipzig, and Borussia Mönchengladbach this season.

Die Werkself are currently on a 12 game unbeaten run in the Bundesliga. The team is 4th in the table level on points with Schalke in 2nd and Borussia Dortmund in 3rd. Bailey takes much of the credit for that and that is why German newspaper Kicker has rated him as the best player in the league so far this season.

It comes as no surprise that Bailey is receiving widespread praise for the huge part he is playing in Heiko Herrlich’s side, and one of his admirers is, of course, fellow countryman Usain Bolt. He posted a video on Instagram saying ‘Watch my bro @leonbailey_9 a move like his name is Usain Bolt’. This is a case of ‘Game recognizes Game’ as they say.

His impressive display hasn’t gone unnoticed by the bigger clubs in Europe. It is being reported that Arsenal, who are about to lose Alexis Sanchez, is eyeing the 20-year-old as a potential long time replacement for the Chilean. Chelsea is also among the teams interested in the youngster.

Although a move to one of Europe’s elite clubs looks inevitable the best time may not be now. Bundesliga certainly offers Bailey more playing time and opportunity to nurture his development. Playing in a league and in a team that has so much faith in youth is a dream for a player of his quality. But one thing is for sure whether he remains in Germany or makes the big move to England the Jamaican has immense potential to be one of the best players in the world.