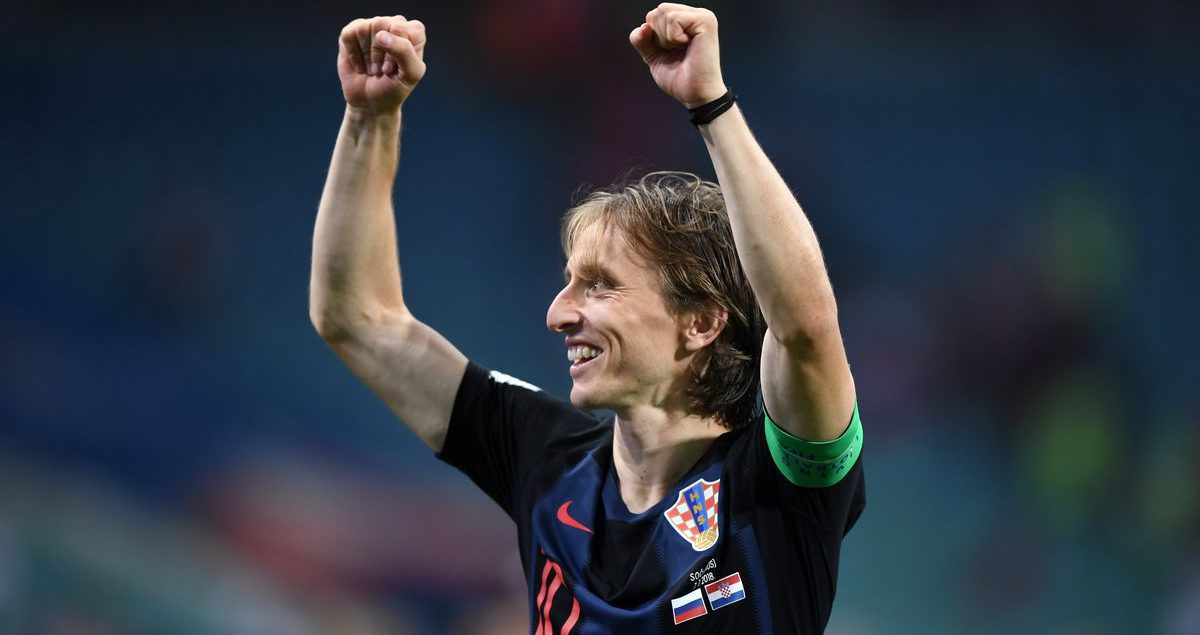 Who would’ve thought the little boy from from the village of Modrici, a tiny suburb on the slopes of the Velebit Mountains, would go on to play for Real Madrid, win multiple Champions League titles, and be one game away from playing in a World Cup final? Luka Modrić grew up during the times of the Croatian War; a series of wars in the Balkan region taking place during the Yugoslav Wars. His village was bombed and raided frequently, with many locals dying. When Luka was young, his grandfather was spotted and executed by Serbian rebels (there were many Serbians living in Croatia who weren’t for independence).

Still at a young age, Luka and his family fled to the city of Kolovare. They stayed in the biggest hotel they could. The hotel parking lot (filled with craters and holes) was Luka’s training ground. One day, a local worker saw him playing in the parking lot and called NK Zadar, a third division side, where he earned a spot in the academy. He then got called up to the Croatian U15 side and made the move to Dinamo Zagreb. From there, after a couple of loan spells and three more years at Zagreb, he made the move to Tottenham, and later Real Madrid. Luka has represented Croatia from the age of 15, and he will be looking to book a place in the 2018 World Cup final for his homeland.

However, Croatia had to go through a tough Russian side in the quarterfinals. The host nation has been a tough side to break down throughout the tournament. Croatia lined up in a 4-2-3-1, but it looked almost like a 4-4-2 with Kramarić playing a bit higher, just off Mario Mandžukić. The narrative with Croatia is always, “How well can Luka Modrić and Ivan Rakitić play in the midfield?” The weight of Croatia is on their shoulders; however, they both have very calm, relaxed personalities, which is exemplified on the field.

Luka Modrić had one of the best midfield performances in the World Cup. Rakitić played deeper, often getting the ball off the centre-backs in possession, while Modrić had more license to play higher up the field, in more of an 8 role. He played with a lot of intent; always searching and probing for passes between the lines. Whether he was evading an impending slide tackle from Artem Dzyuba, moving off the ball to create space for a teammate, or fighting to win the ball back for his side, Luka Modrić played out of his skin. Croatia went down 1-0 early though, due to a wonder-strike by Denis Cheryshev, a goal that could partially be blamed on Luka Modrić. There was a one-two played around him, and he was unable to block the shot with a slide tackle. That is, however, what sparked his improved performance in the game. Russia pressed Croatia early, causing them trouble in the build up, but once they scored, and into the second half, they dropped deeper and allowed Croatia to play in their third.

Directly after the goal, he was breaking lines and moving the ball quickly, and it’s no surprise that Croatia equalized just eight minutes after, through an Andrej Kramarić header. In the second half, it was all Croatia. Modrić stated after the match, in a post game press conference, “In the second half, and in extra time, we dominated, and we should’ve finished the job before penalties.”

In the 59th minute, Modrić started a move with a very intelligent ball out wide. The ball eventually fell to Ivan Perišić, where he hit his shot off the post; a defining moment in the game.

Zlatko Dalić eventually brought on Marcelo Brozović to allow Rakitić and Modrić to play higher. The game went into extra time, where Domagoj Vida scored a vital header to bring Croatia up 2-1. When Mario Fernandes scored in the 115th minute to tie the game at 2-2, Luka threw his hands up in anguish.

There’s a clip on Twitter of Luka Modrić with the caption, “After 106 minutes of playing time…” It’s him closing down Russia’s centre-back, blocking the pass, and chasing 30 yards to save a ball in which everyone in the stadium thought was going out. That play epitomizes Luka Modrić, and I think we can all sense why he was frustrated after Russia equalized.

Croatia ended up winning the match in penalties. Luka converted his, but just barely. A huge sense of relief after missing in open play in the quarterfinal against Denmark. Croatia will be taking on a youthful England side in the semi-finals. Modrić expressed after the match, “We’ve already accomplished something big by reaching the semi-finals, but this team can do more.”

From his homeland being bombed recurrently to playing for a World Cup final spot; one thing is for certain: Luka Modrić has always had to fight.