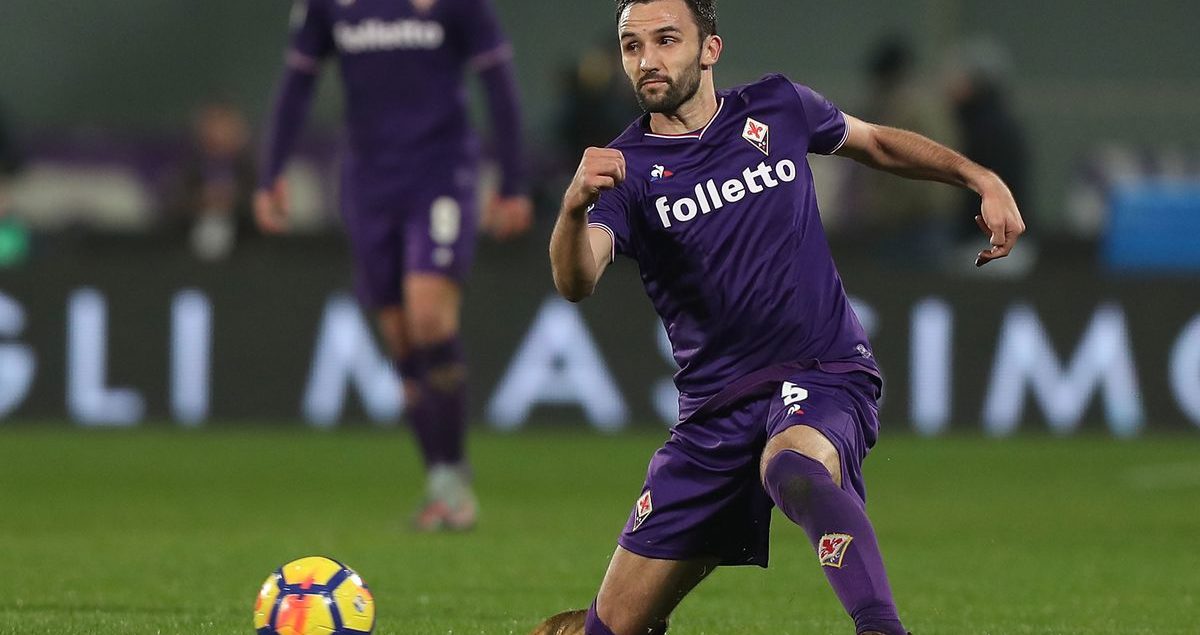 Marginally missing out on a top four spot in the 2017-18 Serie A season, Lazio were eager to make their goal of Champions League football become reality the following year. To ensure their success, the Biancocelesti invested heavily, making several acquisitions in the summer transfer window to reinforce their squad. One of those new additions, Milan Badelj, seemed an outstanding move by management. The Croatia international was an experienced individual in the top flight of Italian football and was signed on a Bosman after refusing to extend his contract with Fiorentina.

Although he would be making a higher salary – a minimum of €1.5m in each of the four years until the end of his contract in 2022 – any future cash sum that would be offered for the midfielder by a buying club would automatically become capital gain. A deal that satisfied both parties, Badelj was ready for a new adventure and Claudio Lotito’s side were ready to offer it to him. However, after just one year in Rome, the 31-year-old has likely already seen his time in the Biancocelesti jersey come to an end. A regular starter for La Viola, Badelj looked as if he was the type of player who needed consistent minutes to find his top condition.

However, being signed by Lazio following his lengthy run to the World Cup Final in Russia, he had a prolonged holiday which saw him miss pre-season with his new team. As a result, he automatically started his tenure with Le Aquile as an understudy to Lucas Leiva and it remained that way for the remainder of the 2018-19 campaign, due to competition from the various attacking and defensive alternatives for the midfield in the squad.

Despite making 26 appearances in all competitions, it never felt like he actually settled into Simone Inzaghi’s tactics and way of football in the Capital, nor did he show that he was interested in fighting for a starting position. Presumably a lack of fitness or unfamiliarity in a 3-5-2 formation, these are some of the main reasons why Badelj’s return to Florence this summer did not come as the biggest of surprises. It’s a rare move on the market, one that makes sense for absolutely everyone concerned.

Although losing an important depth player, this gives the chance for other squad members to show their worth at Lazio. In this scenario, Valon Berisha and Danilo Cataldi are perfect examples. Looking to bring his talent to one of the top leagues in Europe, the Kosovo international – who was purchased in the same transfer window as the Croatian – was hindered by injury last campaign. This kept him to just four starts and 14 appearances in all competitions, an all-time low for the former RB Salzburg midfielder.

Returning to full fitness ahead of the 2019-20 campaign, he is being tested in the middle of the park in pre-season as he gets set to officially leave his mark in Italy. As for Cataldi, the same criteria apply. Being loaned out to several sides in the past in an attempt to unlock his quality with consistent playing time, he was kept in Rome last year where he made just eight starts and 18 total appearances. This was the cause of being behind Badelj in the pecking order.

However, now the Italian can be the back-up to Lucas Leiva, ready to prove that he can be the future of Lazio. After surviving the relegation battle by just three points, it was evident that Fiorentina needed radical changes, and that started from the top. President Rocco Commisso took over to end 17 years of the Della Valle brothers – which was a huge step forward – but also lost several players in the centre of the park. Edimilson Fernandes and Gerson departed this summer after their loan spells expired, in addition to Christian Nörgaard and Jordan Veretout, who were sold.

This left the midfield deprived of experience and quality. For this reason alone, Badelj returning to Florence could not be a more suitable move for the club. Although attempting to primarily invest in youth, the former Viola midfielder will find himself feeling more at home, especially by reuniting with Coach Vincenzo Montella from their 2014-15 season together. It is important to also note that Fiorentina do have the final call on making this loan deal permanent, so it’s all still in the balance. This is why, while turnover and change occurs, taking a chance on a player that can bring security to the team is definitely worth the risk.