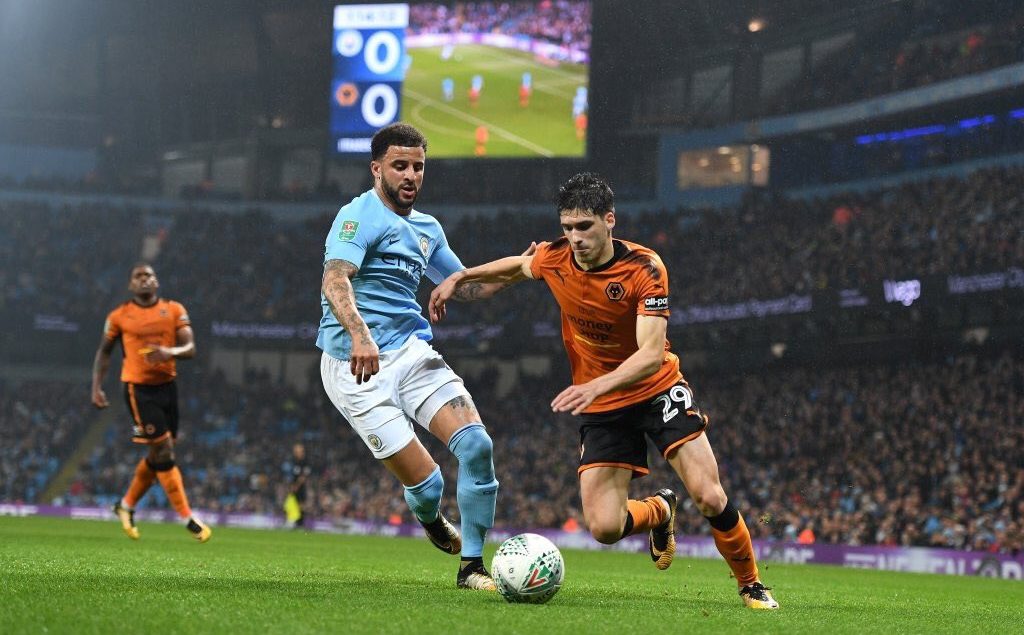 I was at Molineux last Saturday, watching Wolves defeat a full-strength Villarreal team 2-1, and I could not stop smiling. Sure, it was only a friendly, but this was different. It was an excellent performance, Wolves’ last before their Premier League campaign begins against Everton next week, one that has given me even more hope for this year.

La Liga clubs have regularly travelled to Molineux for friendlies over the years. See, before Nuno Espírito Santo took charge, Wolves would have been set up to try and out battle their continental counterparts in every since of the word. It would be a big, physical team, full of ‘been there, done that’ players, and every attack would begin as the result of a volleyed hoof up the pitch following wave after wave of opposition attacks.

It is no secret that since Fosun International, aided by their business partner, Jorge Mendes, took over management, Wolves have become a hotbed of Portuguese talent. Rui Patrício and João Moutinho have headlined a summer of heavy recruitment that looks set to continue, but the permanent capture of youngster Rúben Vinagre from AS Monaco, after spending last season on loan at Molineux, was also met with huge excitement.

Make no mistake, he will make it to the top even if Wolves do not. He is an athletic, quick, confident left wing-back that has, thanks to Mendes, moved to Wolves for a cut-priced £2 million fee, according to reports.

He sat out of the win against Villarreal, having only just returned from Finland as a European Under-19 Championships victor – he played a key part in Portugal’s success, and impressed in the final against Italy.

Ambitions at a newly-promoted Premier League club have never been higher than at Wolves, but such is the effect that Fosun and Mendes have had – the 19 year old’s trajectory, and whether he is still at the club in five years time or not, will be a measure of the success of Fosun’s plan.

The days of staring into the abyss in the relegation zone in the Championship and financial uncertainty dating back to the 1980s in the gold part of the West Midlands are long gone. Fosun are taking Nuno’s side back towards the very summit of club football, where they sat over half a century ago after beating Ferenc Puskas’ Honved before the formation of the European Cup, and Vinagre, it is hoped, will be a part of that for years to come.

Fellow left-sided defender Barry Douglas was signed from Konyaspor last summer – he was the first choice from the moment he arrived, but Vinagre was always waiting for his chance. Now that the Scot has moved on to Leeds United because of doubts that he would be up to the quality of the Premier League, he has one. Vinagre cannot match his set-piece ability – he does not need to after the signing of Moutinho – but he is quicker, stronger, better in the air and more willing to take on his marker.

Jonny Castro Otto has moved to the West Midlands from Atletico Madrid, and Matt Doherty was a dependable, albeit sometimes limited, right wing-back for all of last season with Phil Ofosu-Ayeh out injured. Without Douglas, it is very possible that Vinagre will be trusted on the left and Jonny will move to the right – the Spaniard has played on the left side Saturday and against Derby County.

Vinagre featured nine times in the Championship last season and starred in a heartbreaking penalty shootout defeat to Manchester City in the Carabao Cup after holding the soon-to-be Premier League champions to a 0-0 draw after extra-time – look up the many videos of him on YouTube making light work of Kyle Walker, who had only just been substituted on.

He showed energy, commitment, pace and delivered dangerous crosses, making him very suited to Nuno’s three-in-defence system that relies on both wing-backs pressing high up the pitch overlapping the wingers, causing two-on-one situations against opposing full-backs. It is a system that Nuno trusts – he used exactly the same setup against Yeovil Town and at the Etihad Stadium.

His red card against Swansea City in the FA Cup in January, for a stamp on Leroy Fer, was his lowest point but the vast majority of Wolves fans were still always hopeful of a permanent deal – his well-taken goal against Burton Albion showed that he is very capable at both ends of the pitch.

His signing is one of many reasons why it is an exciting time to be a Wolves fan, being back at Molineux for the first time this season on Saturday only made me that little bit more enthralled for the campaign ahead. I think back to my first game, a 4-3 win against Leicester City in 2003, and, from what I can remember, I reminisce about how enchanted I was – now, like every other fan, I feel like a little kid again. Watching Patricio, Moutinho and Neves in Wolves shirts was unimaginable only two years ago.

I have no doubt that in a few years time I will be saying the same thing about Vinagre. Or, if he ends up at one of the world’s elite clubs, I’ll be able to say that I watched him announce himself with a goal and a Cristiano Ronaldo-esque celebration away at Burton.