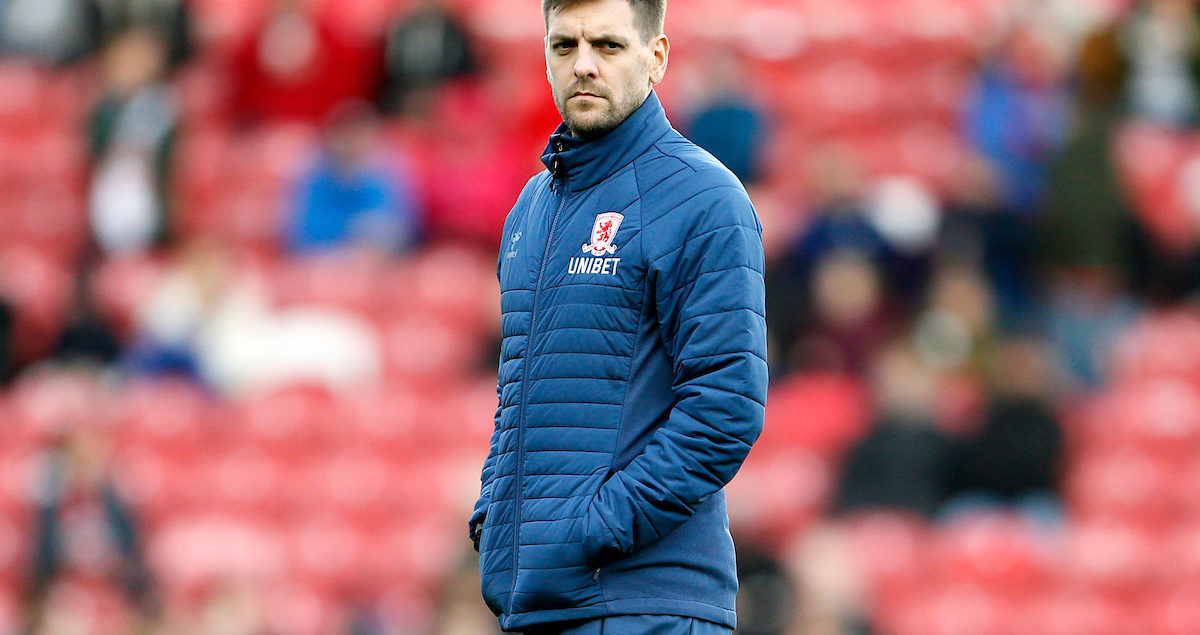 On June 14th, Jonathan Woodgate was appointed as Middlesbrough’s head coach. Woodgate will be joined by his ex-teammate, Robbie Keane, Leo Percovich and Danny Coyne. This appointment symbolises the start of a new era for Boro as they look to regain their Premier League status.

In Woodgate’s first press conference, three main points were emphasised throughout the interview. These were developing a clear style of play that would be consistent throughout teams in the club, introducing younger players into the first team and being more sensible in the transfer market. The phrases “reset” and “a fresh start” were also repeated a lot implying that the club wants to create a new identity and almost start again.

During Tony Pulis’ tenure at the club, Middlesbrough fans often had to endure defensive, dull and uncreative football. Pulis often played a Catenaccio system which focused on the defensive aspects of the game. Aside from Adama Traore, no attackers really flourished under Pulis’ management with their creativity being stifled by the negative style of play. Pulis’ time at the Riverside Stadium wasn’t disastrous as the club were consistently in the promotion race but many Boro fans were irritated with Pulis’ tedious football.

It is clear that Middlesbrough want to disassociate themselves with the style of play that was so common under Pulis. The idea of “fast, attacking play” was mentioned several times and Woodgate insisted that he wants to play a possession based game whilst scoring lots of goals. Goalscoring was a consistent problem for Boro with Pulis at the helm so it will be interesting to see how they record improves under Woodgate.

The increased inclusion of young players in the first team is another objective that Boro are aiming for during this new regime. Middlesbrough’s academy is fairly impressive and there are several youngsters who will be at Woodgate’s disposal during the 19/20 season. The likes of  Nathan Wood and Stephen Walker will be eager to get first team opportunities. Lewis Wing, Marcus Tarvenier and Dael Fry are also set to cement themselves as first-team regulars under Woodgate. In this inflated market, producing young players can be an affordable and effective alternative for any club.

Woodgate also spoke about Boro’s Financial Fair Play regulations and suggests that Middlesborough need to be more sensible in the transfer market. Since their relegation from the Premier League, the club have splurged nearly £70 million on players and their significant investment hasn’t been repaid on the pitch. Big money signings such as Martin Braithwaite, Ashley Fletcher and Paddy McNair haven’t been great since joining and were foolish purchases. Woodgate needs to be sensible in the market this summer and only make a few additions to turn Middlesbrough into a top team. He already has many talented players to work with so shouldn’t need to go crazy this summer.

Whilst this appointment may excite fans at the Riverside Stadium, there are still a few question marks over Woodgate and his fellow coaching staff. The coaching team of Danny Coyne, Robbie Keane and Leo Percovich has raised a few eyebrows. Aside from the Uruguay Leo Percovich, the manager and his staff are extremely inexperienced. This will be Woodgate’s first taste of management as he has only ever been a coach before. Danny Coyne has had brief stints with Shrewsbury Town and Robbie Keane only began coaching in 2018.

Woodgate, Coyne and Keane are relative novices in the dugout and their lack of experience could be exposed. The Championship is a tough, demanding league  which is unforgiving and Woodgate may look extremely underqualified in comparison to his counterparts. Whilst he could end up replicating the successes of Frank Lampard and John Terry, Woodgate could just be another Paul Scholes or Gary Neville.

This is an extremely exciting time for Middlesbrough fans. The unpopular Pulis has been replaced by a local lad and a folk hero. One of the best ever Premier League strikers is their assistant manager and the board have made ambitious promises. Could Woodgate lead Boro back up to the Premier League? Only time will tell.