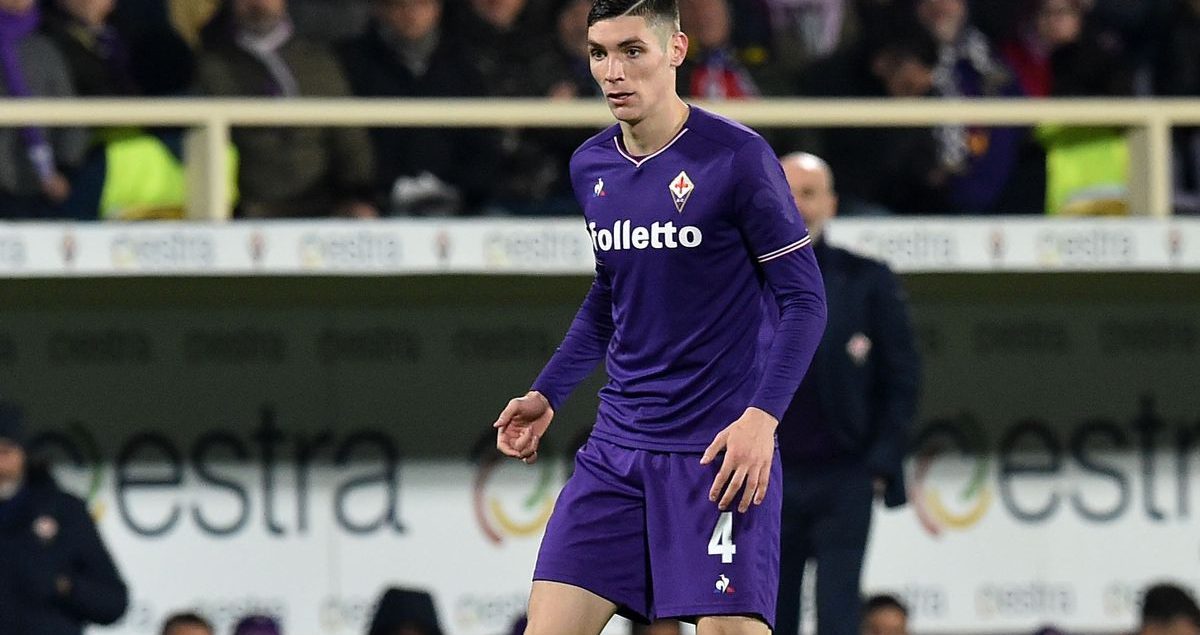 Although living in the shadow of the hype surrounding Sergej Milinkovic-Savic, Fiorentina centre-back Nikola Milenković is thriving. With just five international caps to his name, Milenković is inexperienced yet has quickly taken to international football and is now demonstrating his ability on the world’s biggest stage.

Milenković, 20, started his career in the youth ranks at Serbian side Partizan Belgrade. During his time at Partizan, Milenković made his debuts for the U19, U20, U21 and main Serbian national teams, identified early as one of Serbia’s stars for the future.

After making 44 appearances for Partizan, Milenković attracted interest from a number of European clubs. Eventually, after a reported €5.1m offer, Partizan announced that Milenković would be joining Fiorentina in the summer of 2017.

In the 17/18 season for Fiorentina, Milenković made 17 appearances for Fiorentina in all competitions, playing primarily as a centre-back but also filling in at right-back when called upon. Milenković is much stronger as a centre-back however and at roughly 6ft4 (195cm) – it is clear to see why. After initially featuring as a substitute earlier in the season, Fiorentina head coach Stefano Pioli put his faith in the young defender and it paid off: playing in every Serie A game for the Viola after Christmas.

Nikola Milenković is extremely useful for his ability to win headers and aerial duels. For Fiorentina, Milenković achieved an average of 2.4 aerial battles won per game, additionally winning four against both Costa Rica and Switzerland at the World Cup. His aerial presence, when seen in combination with his smart-minded defensive positioning, makes it very difficult for teams to get in behind Milenković, or to make successful crosses against him.

Milenković often tracks the runs of forwards and stays behind in an almost sweeper-like position, helping clear up through balls that penetrate past his defending teammates. His vision and anticipation allows him to easily intercept and mop up; whilst his physicality, height and strength makes it very difficult for attackers to compete with him.

Milenković’s work-rate also makes him a valuable defensive asset, making an average of 13 recoveries per game for Serbia in Russia. Furthermore, he has committed just 1 foul in his two World Cup games so far, demonstrating both incredible composure for a 20-year-old and a natural aptitude for good discipline. Something he learnt to control during his time at Partizan, after receiving a four-game suspension for a horror tackle on Petar Bojić.

His passing ability is what allows him to play as both a centre-back and a full-back. In the World Cup so far, Milenković has made 31.3 passes per game, with an 85.4% accuracy; whilst also playing 2 successful long balls in the opener against Costa Rica. Once winning possession in defence, he is constantly keen to bring his team forward – helping bridge the often-awkward gap between defence and attack.

Serbians will be excited at the prospect of Milenković, as they will too be with the likes of Predrag Rajković, Sergej Milinkovic-Savic and Marko Grujic. However, Milenković may herald back to memories of former Manchester United defender Nemanja Vidić. Vidić, like Milenković, was tall, strong, right-footed and an incredible defender. Obviously, Milenković still has a long way to go before reaching Vidić’s level, yet he is definitely cause for Serbian excitement.

Whilst media attention has been focusing on Lazio’s Milinkovic-Savic, the performances of Milenković so far have gone under the radar. He has demonstrated a confidence and aptitude for performing in big games and has shown a reliable consistency that some nations’ most experienced defenders haven’t. With Serbia’s place in the next round coming down to their final fixture against Brazil, Mladen Krstajic will be looking to the young guns like Milenković to inspire a performance. Serbia’s squad combines a blend of both experience and youth, with veterans like Aleksandar Kolarov and Branislav Ivanovic playing alongside Milenković and Milinkovic-Savic.

The World Cup will have been a huge learning curve for Milenković, who has only just completed his first season in a top league, as he will look to improve on his form heading into the 18/19 Serie A with Fiorentina.