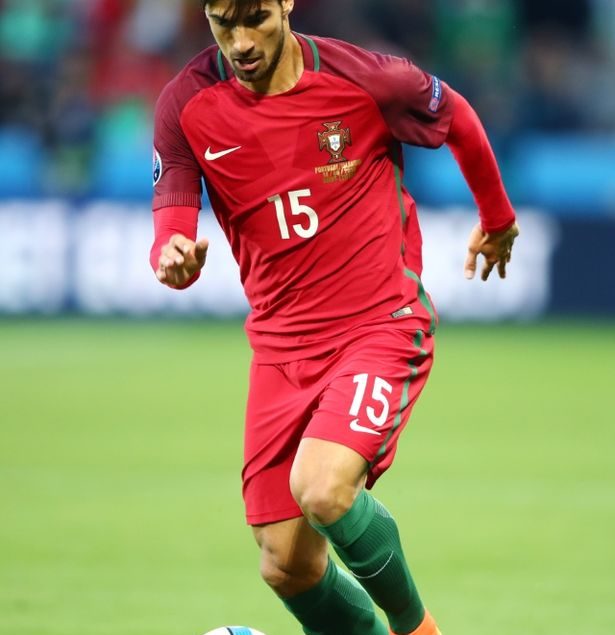 From the San Mamés, we saw a very controversial and frustrating game that leaves many questions. But the fact remains, the Spanish champions lost against a Bilbao team that was missing their best player this season, Yeray. Nonetheless, there is a light at the end of the tunnel, and this light is called André Gomes. He has played as a mediocentro, as an #8, as a box-to-box midfielder, as a false winger, and as an attacking midfielder on occasion. In my opinion, where he has performed best is as a interior with freedom to roam, in Nuno Santo’s Valencia team. The Portuguese performed here the best due to his dribbling, his locomotion and his engine. He hasn’t impressed in Barcelona for one reason: it takes time to become a controller,

In Luis Enrique’s system, players in the right-sided midfield role are evaluated on their stamina and kilometers ran. Because of this, Rakitić has succeeded as a “baby-sitter” to Dani Alves’ buccaneering runs, staying back and making sure teams do not successfully counter. This season, Luis Enrique has tried to dissolve the midfield entirely, and make it be a conglomeration of false wingers and extra attackers. Messi conducts play, Denis and Rafinha drive into the final third for goalscoring opportunities. Besides Gomes, the other options for this role have performed best as attacking midfielders; Rafinha at Celta Vigo, Denis at Villarreal, Rakitić at Sevilla. They are noted for their arrival into the box and harassing defenders. On the other hand, Gomes has control and dribbling, while the others perform best off the ball, in their movement.  Unlike the others, Gomes is best when he has the ball. He has the positioning of a central midfielder, and it is worth the hassle to let him evolve to fill Xavi’s hole.

Besides Marco Verratti, no player can fill this massive hole that has caused such great suffering to the Blaugrana outfit. Gomes lacks vertical passing and the constant positioning to receive the ball at any moment, but he has shown his best performances as a mediocentro.

Right now, Barcelona need a player who can change the rhythm of a game at will, or break the lines, or destroy midfielders and win the battle for possession. They need to let him grow and develop, and in the end, we shall see if he succeeds in making Barcelona’s midfield great again.