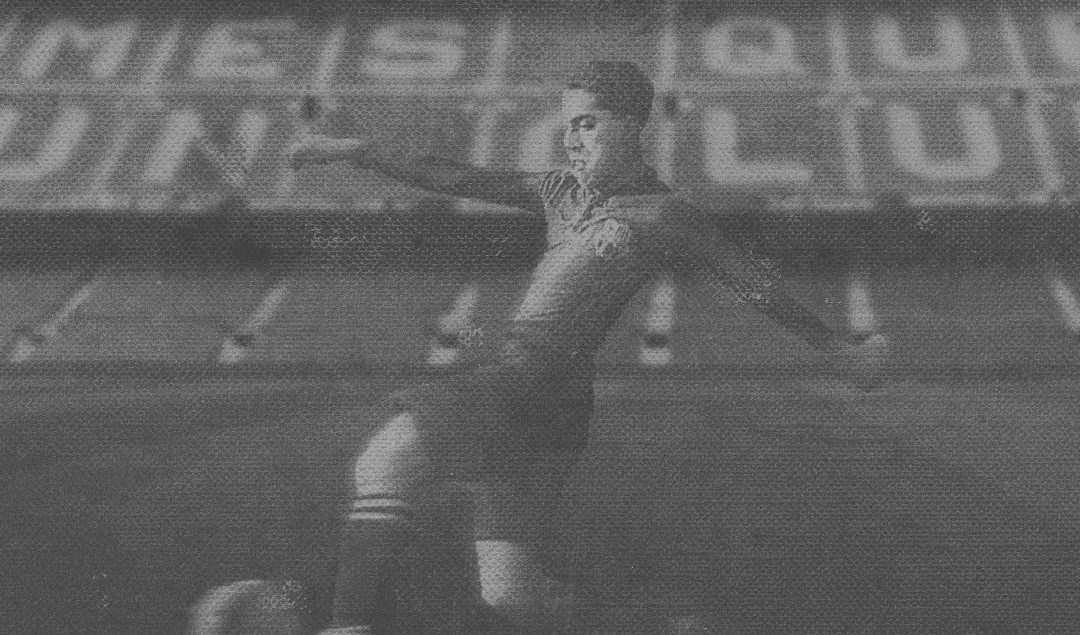 Long before the likes of  Lionel Messi, Johan Cruyff, László Kubala or even César Rodríguez, there was a diminutive Filipino who was the apple of every Culé’s eye. Paulino Alcántara was FC Barcelona’s top goalscorer with 395 goals in 399 games, before finally being overtaken by Messi. His characteristic deceptive appearance made him popular with the fans to the point of being the first star of the club in the golden age of the twenties, alongside Josep Samitier, Ricardo Zamora, and Emilio Sagi Liñán. This was the team which popularised the beautiful game in Catalonia.

Alcántara was born in Concepción, Iloilo in the Philippines to a Spanish military officer and an Ilongga mother. He was only three years old when his family moved to Barcelona, the same year FC Barcelona was formed by Joan Gamper. Alcántara was slated to play for FC Galeno when he was discovered by Gamper. He then joined Barcelona’s youth team in 1912 and made his senior team debut at the age of 15 years, 4 months and 18 days old on 25 February 1912 against Catala SC in the Catalan football championship, previously known as Campionat de Catalunya at the old Camp de la Industria ground.

He quickly established himself in the first team with his clinical finishing and superb close control. In 1913, he won his first silverware as the Blaugrana defeated Real Sociedad in the Copa Del Rey final replay in front of their faithful supporters. Soon after, Barça won the Campionat de Catalunya. For the next three years, Alcántara enchanted football fans all over Spain with his performances. In 1915, he was selected to play for the Catalunya national team and made his debut. The following year, Alcántara won his first league title, and his career was just starting to blossom.

Meanwhile, Barcelona had failed to win a major trophy in the absence of their prolific goalscorer. The club pleaded to Alcántara’s parents to allow him to return to Spain, but it didn’t work out. However, in 1917, he contracted malaria and refused to take the prescribed medication until he was allowed to go back to Barcelona.

Alcántara returned to Barcelona in 1918 and joined his former teammates. At that time, Barca was managed by Englishman Jack Greenwell, and he experimented by playing Alcántara as a fullback, but it did not bring any success. The paying members of Barca’s club membership, “the Socís,” demanded that the attacker be switched back to his normal position, which saw him return to the forward line.

In 1919, he helped the club win another Campionat de Catalunya and reach the Copa del Rey final, but they lost 5–2 to Arenas Club de Getxo. On 13 April 1919, in a game at Les Corts against Real Sociedad, Alcántara scored the “police goal,” when a policeman got in the way of a powerful shot, so both the ball and policeman ended up in the back of the net. In 1920, the club won another Copa del Rey and the Campionat de Catalunya, with Alcántara scoring in the 2–0 win over Athletic Bilbao in the Cup final.

In 1920, Alcántara was selected to represent Spain at the 1920 Olympics. However, he chose to stay at home to take his final medical exams. He eventually made his debut for Spain on 7 October 1921 at the age of 25 against Belgium and scored both goals in a 2–0 win.

His ability to hit the most powerful of shots crossed frontiers on the 30 April 1922 when, in a game between Spain and France, he hit a shot so hard that it ripped right through the net. As a result, he was nicknamed “El Rompe Redes” or “Trencaxarxes” (the net breaker). For many years after, children from Barcelona would recall that moment and dreamed of doing the same as the man from the Philippines.

Things were different back then. Barcelona played in front of a few thousand fans each week at the “Camp de la Indústria.” Alcántara and his enigmatic Barcelona of the 1920s were an event that every Catalan needed to attend. An event which required a bigger stage, and so Barcelona moved grounds to cater to the demands of an ever-increasing bulge of crowd and thus, “Camp de Les Corts” was built in 1922. Alcántara scored twice in the 1922 Cup final, where Barcelona defeated Real Unión 5–1, and he scored the winning goal in the 3–2 win over Atlético Madrid in the 1926 final.

He hung up his boots on 3 July 1927 in order to become a doctor. That day, he received a well-deserved tribute from the Barcelona fans at the Les Corts grounds. However, this was not his goodbye to football. He served on the board of directors between 1931 and 1934, and Alcántara was one of the first footballers to ever write memoirs of his playing days.