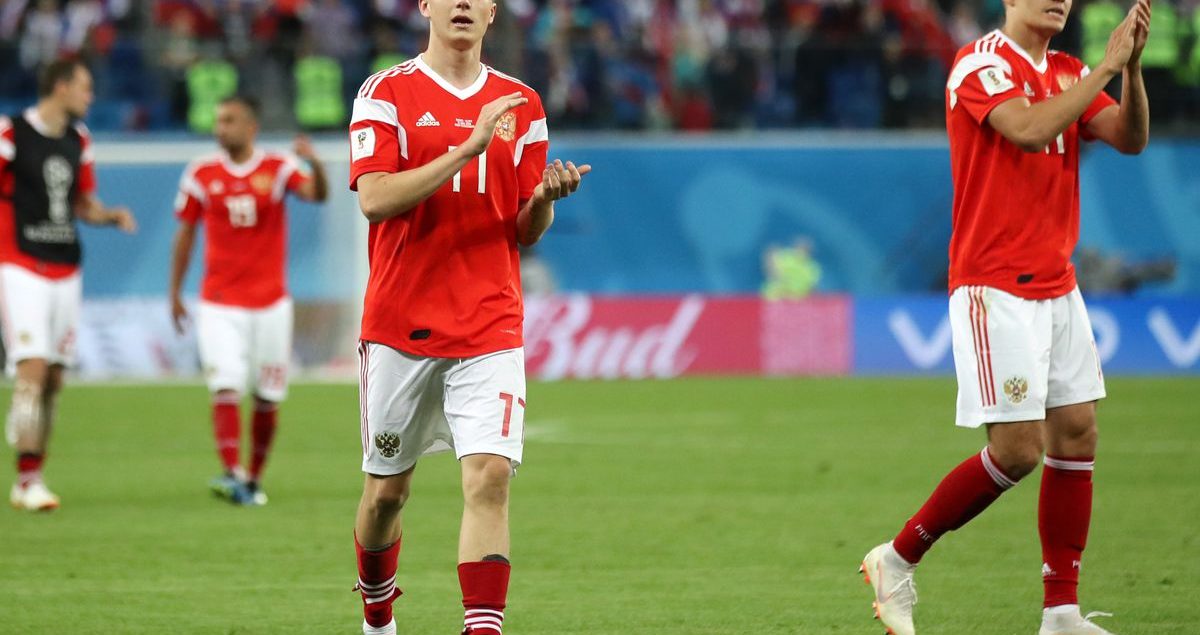 Thrust into the international footballing limelight due to a superb performance in the opening game of the 2018 World Cup, Aleksandr Golovin has certainly caught the eye of Europe’s elite. An energetic midfielder with a penchant for the spectacular, the 22-year-old first achieved notoriety in 2016,  winning the Russian Premier League with CSKA Moscow. Able to operate across the midfield, the Russian youngster combines tireless pressing and defensive work rate with all the attacking qualities required to be a top class attacking midfielder. Golovin will be key to providing the creative spark for the Russian team throughout the rest of their World Cup run, particularly with the injury to Alan Dzagoev suffered in the tournament’s opener.

Golovin’s offensive abilities were clear to see in Russia’s opening game against Saudi Arabia. The midfield maestro played a key part in 3 of Russia’s 5 goals, contributing 2 assists and an incredible curled free-kick goal. The Russian consistently broke through the opposition’s lines, through a combination of progressive passing and direct dribbling. Golovin can operate as a conventional central midfielder, number 10 or on either flank, he particularly stands out when playing the role of a mezz’ala. Starting in the centre of midfield while being given the licence to drift into the half spaces toward either wing perfectly suits his skill set. Golovin can take advantage of the space in these inside-forward channels, beating players one on one and delivering accurate crosses, as he illustrated with his two assists against Saudi Arabia. Andrés Iniesta has been named as one of the Russian playmaker’s idols, and it’s clear to see his impact on Golovin’s style of play, drifting from central areas to supply dangerous passes in behind the defence. Golovin can frequently be seen using Iniesta’s signature skill, “la croqueta,” a rapid shift of the ball from left to right foot (or vice versa) using the instep.

Not only limited to his attacking contributions, Golovin can be deployed in a holding role, taking advantage of his impressive ability to read the game and break up opposing attacks. When playing further up the field in the mezz’ala role, Golovin’s excellent pressing ability and energetic style of play allow him to counter-press effectively after any turnovers of possession. This was evident to see in Russia’s opening game of the World Cup, with Golovin covering more ground (12.7 km) than any other player in the opening round of group games. Clearly Golovin’s tenacious style is perfectly suited to the way the Russians are looking to play at this year’s tournament, as they have covered the greatest distance of all sides present.

Golovin’s impressive performances have not been limited to just the international stage, with the Kaltan native being instrumental in guiding CSKA Moscow to a second-place finish in the Russian Premier League this season. Despite being part of CSKA’s 2015/16 title-winning side, Golovin truly broke out this season with a superb performance against Arsenal in the Europa League, turning heads with his precious technique. A number of European clubs have been reported to be chasing Golovin, including Juventus, Arsenal and chiefly Chelsea. Golovin’s impressive work rate and pressing ability make him perfectly suited to the possession-based, high pressing style of football of many of Europe’s elite.

With Maurizio Sarri highly touted to become the next Chelsea manager, Golovin appears the perfect signing to remedy the London club’s midfield blues. Chelsea fans can be excited by the prospect of a dynamic midfield three of N’Golo Kanté, Aleksandr Golovin and returning loanee Ruben Loftus-Cheek. All three members of the potential midfield fulfill the ideal mould of a Sarri midfielder, equally comfortable in possession as they are in pressing to win the ball back high up the pitch. Golovin would look to be a rare case of a successful Russian export to Europe, following in the footsteps of Andrey Arshavin and Yuri Zhirkov amongst others. The 22-year-old Russian, however, will have to adapt to having less time and space in the Premier League compared to his native country. Blues fans may have to give the youngster time to adapt to the pace of the English game, but they can expect the playmaker to develop into one of the league’s major creative forces.