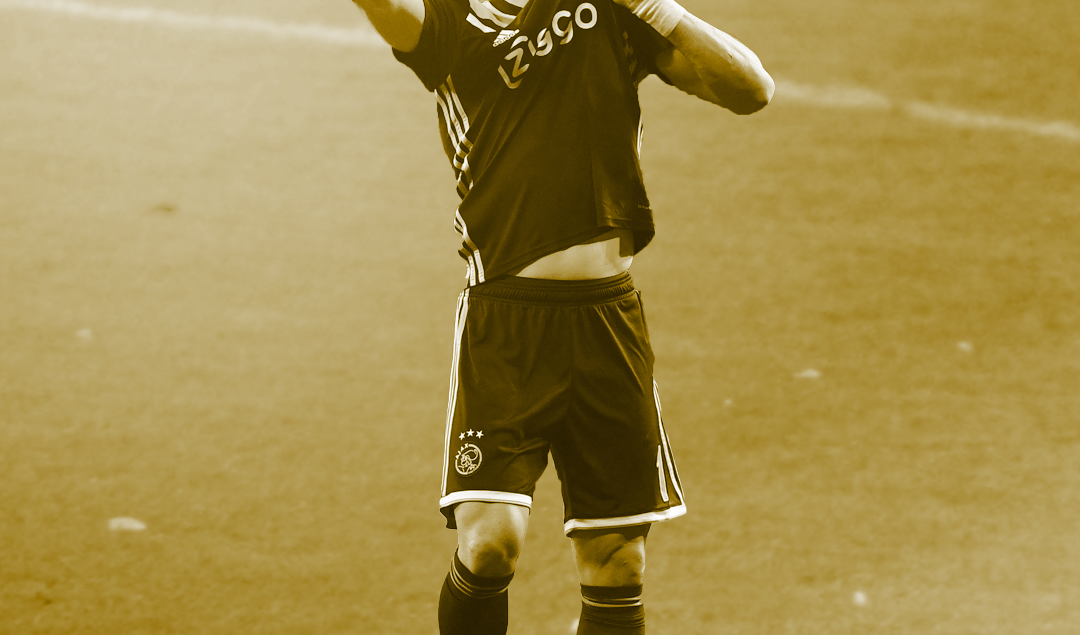 After the final scene in Alfonso Cuáron’s 2000 film “Amores Perros,” the screen fades to black, and a dedication in white text appears: “A Luciano, porque también somos lo que hemos perdido.” This translates as “To Luciano, because we are also what we have lost.”

This theme extends past movies, though; it can also be applied to football. Many teams are defined not by who they have gained, but who they have lost.

Before they appointed Jürgen Klopp and Mauricio Pochettino as managers, Liverpool and Tottenham were defined by the recent departures of two larger-than-life superstars: Luis Suárez and Gareth Bale.

No matter how much money they spent on the likes of Dejan Lovren and Roberto Soldado, they couldn’t avoid this constricting demarcation.

This season, Real Madrid have largely been defined by the departure of Cristiano Ronaldo and their inability to replace him.

Karim Benzema has stepped up in terms of performances and leadership, but he simply isn’t able to match the goals or the off-the-ball threat that the Ballon D’Or winner has to offer.

Vinícius Júnior has been a breakout star in the Spanish capital, but he doesn’t have the ice-cold mentality or the finishing that the Portuguese marksman has.

Even though Cristiano was their only high-profile exit last summer, there is the sense that this has been a transitional season for Real Madrid.

Having lost to Barcelona at home twice in the same week, Tuesday’s match against Ajax was their last chance to salvage something from a horrendous season.

They had been eliminated from the Copa del Rey, and with a 12-point gap between them and Barça at the top of the table, the only shot of redemption left came in the Champions League, of which they had just won an unprecedented three consecutive titles.

Real Madrid were thoroughly outplayed by Ajax in last month’s first leg, yet they came away with a 2-1 win thanks to an individual masterclass in the heart of defense from Sergio Ramos.

Ajax ran riot over Madrid’s midfield and defense, with the likes of David Neres and Donny van de Beek giving headaches to Nacho Fernández, Sergio Reguilón and Dani Carvajal, none of which were particularly impressive. Yet once again, Madrid’s savior and captain, Ramos, stood up to the task and led them to victory.

However, during the waning minutes of the match, Ramos picked up an intentional yellow so that he would miss the second leg against Ajax at the Bernabéu.

On paper, it was understandable. When looking at Madrid’s potential opponents in the quarterfinals, each team boasted a tough, elusive striker who would be a far bigger threat than Ajax’s two traditional strikers of Kasper Dolberg and Klaas-Jan Huntelaar.

In fact, apart from Schalke, who will almost certainly be eliminated against Manchester City next week, you’d be hard-pressed to find a tantamount dearth of center forwards in any team in the Round of 16.

Even Manchester United and Juventus, who lost handily in their respective first legs, have Marcus Rashford and Mario Mandžukić up top, two dynamic central forwards who would prove a handful for Madrid’s defense if Ramos were to be suspended in the later rounds of the competition, which he almost certainly would given his disciplinary record.

With the likes of Fyodor Chalov and Martin Braithwaite feasting on a Real Madrid defense devoid of Ramos, Sergio Agüero and Edin Džeko would be licking their lips at the prospect of facing a flailing Madrid side without their captain.

As such, knowing that he couldn’t help himself and avoid a booking for the rest of the tournament, Ramos picked up a late yellow card on purpose, counting on World Cup winner Raphaël Varane and the seasoned Nacho Fernández to grind out a draw at the Santiago Bernabéu and move on to the next round.

After all, Ajax needed to score at least two goals in Madrid to make it through to the next round. Surely they didn’t have enough fire in the tank to advance? Surely Ramos’ educated guess would soon be validated?

In fact, he couldn’t have been more wrong. Ajax once again outplayed Madrid, but this time, without Ramos to clean up and use his superpowers to keep them alive in the tie, Madrid’s defense succumbed to wave after wave of pressure for Ajax, and by the end of the night, they were eliminated from Europe for the first time since May 13, 2015.

Four years ago, the culprit was Juventus’ Álvaro Morata, who scored in both legs to knock the then defending champions of Europe off their perch, before returning to his boyhood club and winning a Champions League with Real Madrid. On Tuesday, the culprit was Dušan Tadić.

Just as he did in the first leg, Tadić operated in a false 9 role. The 30-year-old Serbian international combined well with Hakim Ziyech and Neres, interpreting each player’s movements, cutting inside, and stretching the Madrid defense apart with piercing runs.

For the first goal, Toni Kroos clumsily gave the ball away, and Tadić latched onto the loose ball, accelerating past Nacho onto the right wing.

He waited for Ziyech to enter the box before dishing it off to the Morocco international, who slotted in the opener past Thibaut Courtois with a lovely first-time shot on his left foot.

Minutes later, he masterminded the second goal which put Ajax ahead on aggregate. Tadić received on the turn and bounced off Reguilón like teflon.

Then, he dropped his shoulder and turned again, before performing an audacious roulette against Casemiro, commonly referred to as the ‘Zidane roulette’ to free himself of the Brazilian.

He drove inside and played a perfect through ball into Neres, who accelerated past Luka Modrić to nail home the second.

After the game, Tadić reflected, “Zidane was always my favourite player. Maybe I was watching too many of his clips.”

Minutes later, Ajax squandered a chance for a decisive third goal. After blocking Reguilón’s failed clearance, Tadić wove an inch-perfect through ball past the chasing Modrić and into the path of Neres, who failed to double his tally, scuffing his lobbed shot out of bounds.

But fortunately for Erik ten Hag’s men, that wasn’t the last chance they had to put the game out of reach. With Madrid chasing a goal to level things up on aggregate, Los Blancos left plenty of space in behind to be exploited on the counter.

After several missed opportunities from Madrid, Ajax finally had another chance to score the decisive third. Noussair Mazraoui stopped Reguilón’s dribble with a superb tackle and did well to keep the ball from going out of play.

He got up and played it to his compatriot Ziyech, who drifted infield before playing a cross-field pass into Nicolás Tagliafico. The Argentine laid it off to van de Beek, who found Tadić on the edge of the box. Tadić controlled it, took a touch to his left, and curled it into the top corner.

Marco Asensio put Madrid within range of a comeback with a goal after coming on as a substitute, but Lasse Schöne ended their hopes of extending their European dynasty with a thunderous free kick.
Football is a game of margins, and for the past five years, Real Madrid have been the kings of gaining the upper hand in these scenarios. Thanks to characters such as Ramos and Cristiano, they’ve been able to withstand the pressure, rally against the odds, and rise to the top.
Throughout their last 20 Champions League knockout matches, dating back to April 12, 2016, Real Madrid have lost just twice, and both of those defeats came without Ramos.
The first defeat came in last year’s quarterfinals against Juventus. After bundling into Paulo Dybala in the first leg, Ramos picked up a booking that would see him miss the second leg at the Bernabéu.
Madrid went on to win 3-0 in Turin, but with Nacho and Varane at the back, Juventus nearly came back in Spain.
Giorgio Chiellini said it himself: the comeback would not have happened if Ramos was on the pitch.
Had it not been for Cristiano’s late penalty, Juventus might have eliminated Real from European competition for the second time in four years. In football, margins can be as fine as a last-ditch tackle to salvage a victory, and as decisive as an injury time equalizer in the Champions League Final.
For five years, Real Madrid were defined by what they had gained: four Champions League trophies. Last night, they were defined by what they had lost: Sergio Ramos.