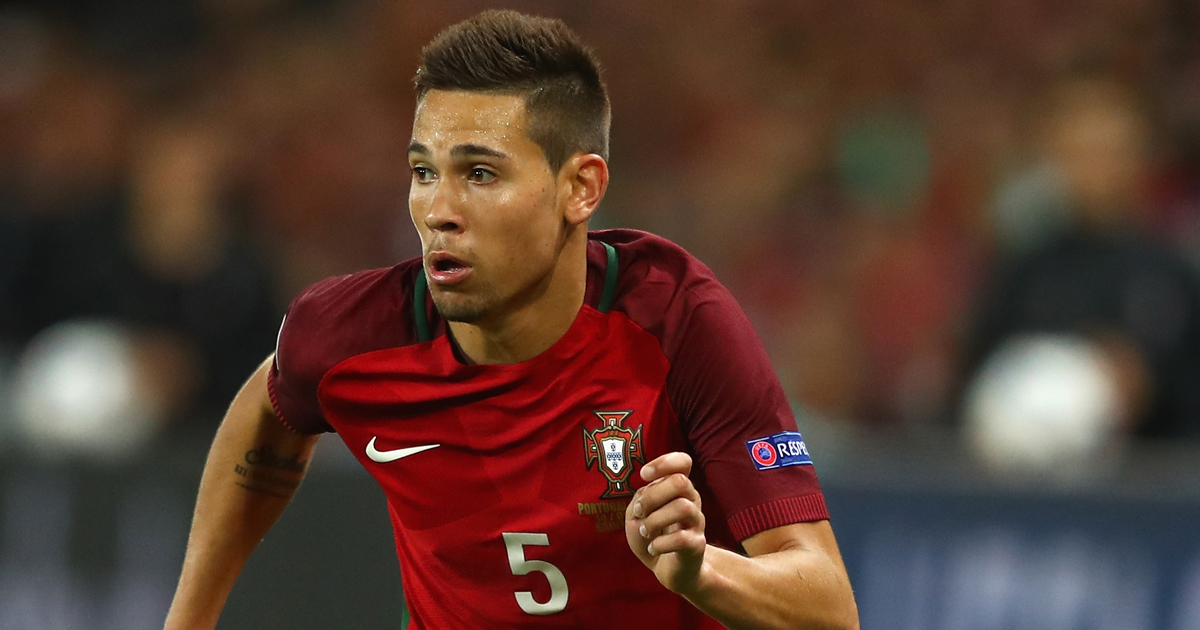 Raphaël Guerreiro was one of eight players that arrived at die Schwarzgelben in the summer of 2016. His arrival announced shortly before the EURO 2016 tournament, all Dortmund eyes were firmly fixed on Portugal and Raphaël Guerreiro in particular.

Shortly after being included into the Portugal squad, a reported 12 million euro fee meant that Guerreiro would play in the Euro’s and join up with his new Borussia Dortmund teammates shortly after. Portugal left France as the EURO 2016 victors, with a late Eder goal giving them the edge over hosts France in the final and setting them on the path to lift the trophy. This run gave Borussia Dortmund fans a good look at their new signing, with the player displaying a sublime arsenal of skills, all from the left-back position. He was also included in the EURO 2016 “Team of the tournament”.

Praises were sung for the whole Portugal squad, but many were quick to point out how impressed they were with Guerreiro. French legend Thierry Henry was one of them, he acknowledged the prowess of the young left back during the celebrations by saying: “I know it’s always difficult to single out one player, or two or three because they played well as a team but I have to single out Raphaël Guerreiro tonight, what a game he had. I don’t know if it’s because he was born in France or grew up in France or played for Lorient, but he had something to prove today, he played ever so well. You can name many other players, but for me Raphaël Guerreiro was the man of the match”.

Upon his arrival, talk was about where, and if he would play. A left back by trade, many wondered whether he would be able to push long-time starter, and newly appointed captain Marcel Schmelzer out of the XI. However, this worry proved to be futile and coach Thomas Tuchel seemed to have other plans. Playing in defence with a skillset so clean felt like somewhat of a waste for many, as well as Thomas Tuchel. In pre-season, Guerreiro was played in central midfield where once again he displayed his wonderful range of attributes while simultaneously settling into the squad seamlessly, becoming a starter in midfield next to Julian Weigl.

One of the things that makes him so valuable is his versatility, his ability to play along the whole left side of the park as well as a newfound ability to play in the no.8 role makes him quite the asset for Borussia Dortmund, coach Tuchel affirmed this, saying “it’s difficult to replace him, he’s a problem solver for us”. His showings in central midfield softened the blow for Dortmund fans who were worried about how the void Ilkay Gündogan left would be filled after Dortmund failed to sign a natural CM, with veteran Castro being the subject of inconsistency problems and Sebastian Rode putting in rather underwhelming performances.

His excellent close control of the ball in tricky areas is quite the stress reliever for Dortmund when attempting to break down deep-lying defences as he is more than capable of playing the killer pass as well as pulling out slaloming runs to singlehandedly eliminate defences. As well as making smart runs forward, he is also able to play a slightly withdrawn role where he lingers on the edges of the midfield allowing him to pick up loose balls and recycle possession as well as assisting the circulation of the ball if he needs to. He is also very comfortable finisher in front of goal, scoring 7 thus far, as

His combination of a wonderfully complex footballing brain amalgamated with excellent close control, slick passing, deadly vision and a mean left foot make him an irreplaceable jewel in the centre of the park for Dortmund and fans will have to hope he stays fit, and continues throwing masterclasses at them from midfield.