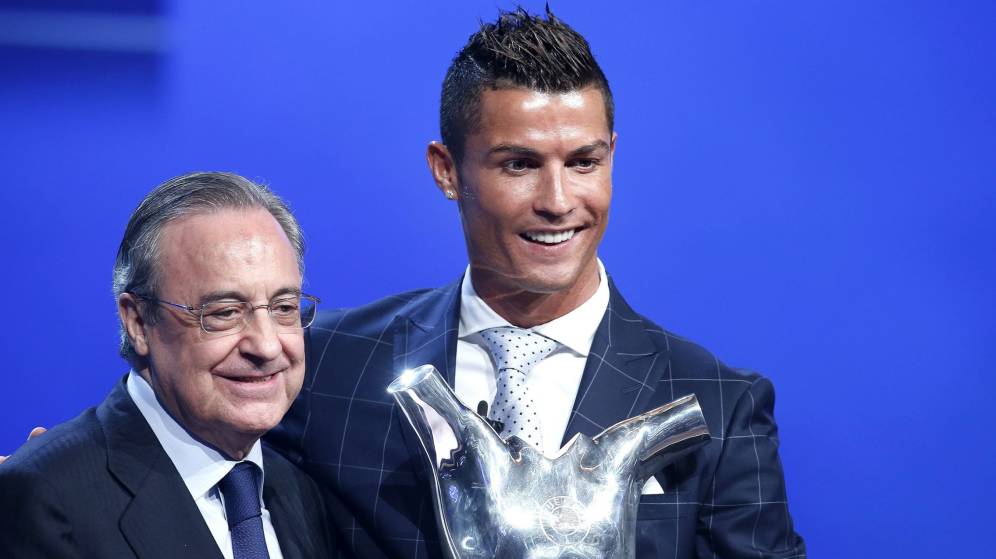 It’s been 409 minutes – across all competitions – since Real Madrid last managed to score a goal. Real Madrid has gone through the past four and a half matches without scoring a goal. And while failing to score against defensive juggernauts like Atlético Madrid would be acceptable, Real Madrid has failed to find the net against Sevilla, CSKA Moscow, and Deportivo Alavés. 409 minutes for a team that has won the past three Champions League titles. It would be easy to point to one reason as to why Real Madrid are in a goal drought: the departure of Cristiano Ronaldo dos Santos Aveiro. It is true that Real Madrid is missing their all-time leading goalscorer. It is true that Real Madrid is missing a leading talisman that has been the spearhead of Madrid’s attack over the past nine years. Yet, I would argue that there has been a fundamental problem within Madrid for the past few seasons in spite of their Champions League success. This recent lack of attacking penetration is not a recent nightmare that has solely haunted Julen Lopetepegui’s men. Rather, this drought that has plagued the Bernabéu faithful could be seen from a mile away, and it is the result of years of lazy, un-Galáctico transfer dealings.

In the 2016-17 season, Real Madrid scored 173 goals in all competitions. The leading goalscorer, Cristiano Ronaldo, accounted for 42 goals of that total. The Ballon D’Or winner composed 24.27% of the overall pie. Now, let’s fast forward a season towards 2017-18. Real Madrid’s goal total has decreased from 173 goals in all competition to 148. The leading goalscorer was once again, the dark invader , accounting for 44 goals. The Portuguese striker accounted for 29.27% of the overall pie, an increase of 5.45%. In the 2016-17 season, Real Madrid featured eight individuals that scored at least nine goals. In the 2017-18 season, that figure decreased to five. You could argue that Real Madrid needed a balance of goal distribution during Ronaldo’s last season at Real Madrid; the lack of a supporting, prolific goalscorer spelled doom for Madrid domestically when Ronaldo was off-form. Statistically, the 2nd best goalscorer of the 2017-18 season was Gareth Bale, who scored 16 goals and finished as the 8th-best goalscorer in La Liga that season alongside Gerard Moreno and Rodrigo Moreno.

Flash forward to the summer of 2018. Cristiano Ronaldo has left Real Madrid. Many expected a transition as to how Madrid could score goals. Most Madridistas figured that instead of trying to rely on one goalscorer, Madrid could overwhelm an opponent with their sheer class in technicality and perhaps score goals as the collective. The notion is that, with set piece specialists such as Isco, Sergio Ramos, and Toni Kroos in addition to the talents of Karim Benzema and Marco Asensio, Madrid would not necessarily have a shortage of goal threats. They may not be winning fixtures in blowout fashion like they did during the Cristiano Ronaldo era, but they could score at least a goal or two per game.

However, two months into Real Madrid’s first Ronaldo-less season of the decade, and the ugly truth is starting to rear its head. Real Madrid have become overly reliant on a false 9 whose first instinct is to look for the passing option rather than look for shooting option. And the most mercurial talent within Madrid, Gareth Bale, is as vital to Madrid’s attacking verve as he is injury-prone.

Florentino Pérez’s traditional Galáctico style is generally disruptive of a squad’s chemistry, despite its well-intended purposes of increasing firepower. Time and time again, Real Madrid failed to build upon the foundation of their identity. During Carlo Ancelotti’s first season, Real Madrid bought Gareth Bale, yet sacrificed Mesut Özil in the process, despite the fact that both would’ve been fearsome in a pragmatic, counter-attacking system. The following season, Real Madrid bought James Rodríguez to a side that just won the Champions League in 2014, which means Real Madrid had to sacrifice the MVP of La Décima: Angel Dí María. Yet, that was when Real Madrid had a plethora of firepower, with forwards that were within the peak of their footballing abilities. Today, Karim Benzema and Gareth Bale are 30 and 29, respectively. Real Madrid have extracted the best of their abilities since the two arrived from Lyon and Tottenham, but soon, they too will be forced out the exit door as Real Madrid attempt to rebuild from their historically successful era of European dominance.

For all the fame and notoriety that Florentino has acclaimed via his Galáctico legacy, he hasn’t completed a Galáctico signing since the summer of 2014, when he signed James and Kroos. After five seasons of carefully tweaking the squad and peppering the team with exciting, young talent, it is time for Real Madrid to revert to the Galácticos’ policy. Real Madrid need two prolific goalscorers within two positions: the wing position and center-forward. In modern football, having an inside forward that can score goals in abundance makes the entire team work better. It encourages fullbacks to make overlapping runs, with the fullbacks acting as auxiliary wingers.

It is clear that Real Madrid are in desperate need of world-class attackers who can change the game in an instant, but it appears their main two priorities have been snatched up by Paris Saint-Germain: Neymar Jr. and Kylian Mbappé. Turning 20 in December, Mbappé’s game is reminiscent of Ronaldo’s stint at Manchester United. The World Cup winner boasts flair, using mesmerizing pace to burn his opponents, but remains a fantastic goalscorer in his own right. Having a winger who can score goals means that opposition have to respect one flank of the game.

The next priority is getting a center-forward who can score goals regardless of service. In that regard, there is no one better than Mauro Icardi, a clinical marksman who doesn’t need a lot of opportunities to make a defense pay. One would think that a prominent goalscorer such as Icardi is a volume shooter, but he is hardly one. In fact, he’s a “one shot, one chance” scorer. Real Madrid needs a guy that will put them on the scoresheet regardless of how ugly the goal is.

Hypothetically speaking: sack Lopetegui and replace him with any coach not named Pep Guardiola, give him the same Cristiano-less roster, and give him forwards that are injury-prone or prone to be in a goalscoring droughts; it is likely Madrid’s fortunes would not fare any better. Despite all of the ennui and lack of cutting edge, Madrid are just two points behind surprising title-contenders: Sevilla. However, if Madrid loses the October battle at Camp Nou, don’t be surprised to see Florentino resort to an emergency buy during the January transfer window.