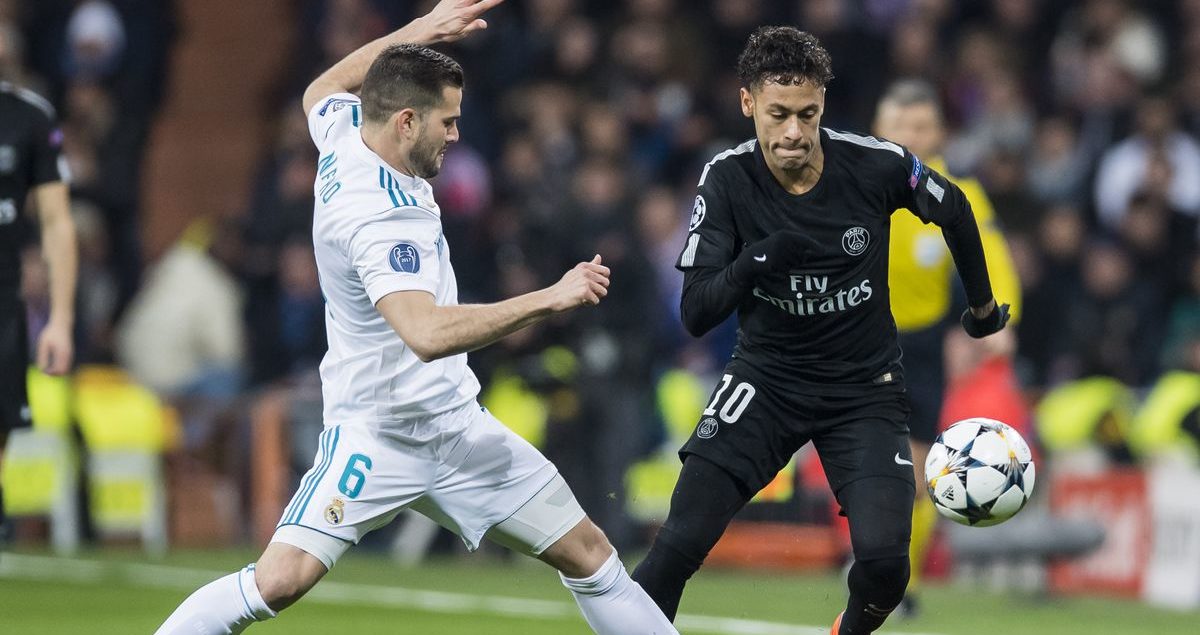 Panic reached a boiling point among Real Madrid fans as Neymar closed in on a move to Barcelona. But that panic didn’t appear to reflect at the Santiago Bernabeu. The board of Real Madrid had reportedly sat patiently waiting for the right time to trigger their ‘positive relationship’ with Paris Saint Germain supremo Nasser Al-Khelaifi – as if it was some sort of ‘clause’ in a league where clauses aren’t used – but when that chance presented itself, nothing was done.

As Barcelona bounced around and prepared to pounce at the Parc, Real Madrid remained calm, but why?

There are two ways of looking at this approach: through a critical lens, or through one which acknowledges the process, which has evidently already begun.

A transition takes a long time, perhaps two summer windows, maybe more, but if you look at the players Madrid need to replace, it presents the club with a mammoth task. Because not only do they need to replace the quality over a few windows, but they also need to remain competitive while doing so. The argument is, Madrid could probably go without the league title and Champions League again, but as long as they win the Copa del Rey and are more competitive in the two major competitions than they were last season, and the youngsters are given a proper chance, then that’s a success, surely?

Zinedine Zidane came back with a plan, his plan was built around Eden Hazard, Paul Pogba and Kylian Mbappe – three players, who on paper, are the perfect additions for this overhaul. Not only that, but this summer, Madrid strengthened well, but the breaks were put on their summer when players who Zidane reportedly told were no longer required, wanted to stay and prove themselves. For their part, Madrid replaced Marcelo long-term with Ferland Mendy, they purchased arguably the second best young central defender in Eder Militao, they bought what some would argue a top-five player in Eden Hazard, they added one of the finest young forwards in Luka Jovic and also stole Barcelona’s pearl, Takefusa Kubo. In any other circumstance, in any other season, that would be considered a very effective window. And next summer, it’ll only improve.

Madrid already have the likes of Andrii Lunin, Sergio Reguilon, Achraf Hakimi, Martin Odegaard, Takefusa Kubo, Alberto Soro and Dani Ceballos out on loan who are returning next year. At an average age of 20.42, they could comfortably all slot right into the squad next season. That’s seven new additions, and the club are also heavily linked to Donny van de Beek (22) and Kylian Mbappe (20) – oh and people seem to forget about Rodrygo Goes, he’ll be flying too.

The point is, Madrid’s overall goal will be to have a younger squad, one which will be capable of competing on all fronts for the next 5-10 years, and the project is well underway, no one can possibly deny that. If Madrid were in for Neymar, and considered the signing before finally concluding that it wasn’t part of their long-term plan, not worth the financial trouble, not worth the wage structure taking a battering, not worth taking a punt with his [obviously] dodgy injury record, and not worth upsetting Zidane – who clearly wants the other PSG superstar – then why is that such a bad thing?

However, on the other hand, no one is above criticism – that includes Zidane and Perez.

The obsession of Pogba this summer essentially meant Madrid missed out on Tanguy Ndombele, and others. The club also failed to get rid of Mariano, Gareth Bale and James Rodriguez, three players who Zidane had publicly said were not in his plans. But as the failings continued, Zidane began backtracking, which eventually ended in the Frenchman accepting that he would now depend on them.

But strangely, Madrid also ‘wanted’ Neymar, and were ‘willing’ to pay close to what PSG wanted, which would have been around €180-200m – so why didn’t Perez just get Pogba, when he had the funds? There is a sense that frictions are already beginning to appear between Zidane and Perez, which will need to be worked out. If Neymar ends up at Barcelona in 2020, that will mean they have Lionel Messi, Luis Suarez, Antoine Griezmann and Neymar, a foursome which simply looks irresistible on paper, and will most likely be unstoppable on the pitch. Not recognising this risk, and the club’s unwillingness to adapt their plan to a more short-term goal could cost them heavily. Madrid will need to sign extremely well next summer if the Catalans sign the Brazilian.

Meanwhile, Zidane only has one player who’s likely to be a starter, and that’s Hazard. Knowing Zidane’s favouritism of his core, it’s unlikely that any of the other signings get starts when it matters. If Madrid are to go down the route of signing more youth players, Zidane really needs to make a more conscious effort to stabilise and develop them. Players like Odegaard and Ceballos were arguably already good enough for the club, but he chose against that.

There’s a lot of work still to be done. Madrid need to sacrifice the core that once was, Madrid will need to take a deep breath and be ruthless with their fine tuning of the squad next summer. Another record summer spending spree is no doubt on the cards, but where they choose to spend will be crucial. A right-winger and two midfielders weren’t addressed this summer, not to mention another central defender.

Growing concerns are normal for a fanbase who are built on the hunger for constant success. Madrid isn’t a club which is afforded a lot of time without silverware. Zidane has already faced heavy criticism from fans and the media in Spain, but it’s a little premature, even though he has a lot of work to do. His main flaw since returning is that he has yet to identify a plan, a way of playing, a system.

Vinicius Jr, Luka Jovic and Eder Militao haven’t been used a great deal by the Frenchman, whereas Sergio Ramos and Raphael Varane continue to leak goals, and Lucas Vazquez and Karim Benzema continue to be favoured. Zidane has to be ruthless, without that, Madrid seem destined of going down a worrying path where the old-guard are being blindly trusted, when their roles could be performed better by younger legs.

It’s a challenge, but it’s a time where Zidane needs to remove his sentiments towards his favourable core, and he needs to put his Sporting Director cap on, which will allow him to serve the club, and serve this transition successfully and properly.

But it’s also a time to be excited, not frustrated. The same hierarchy which brought you four Champions League crowns in six years are heading up the new project. These things take time, as they say, Rome wasn’t built overnight, nor was Madrid’s core that we all marvelled at for half a decade.

Neymar might well be heading to Catalunya once more, but Mbappe, Jadon Sancho, Kai Havertz, and plenty more extremely talented players will come to the fore this season. So why isn’t there hope?

As Alvaro Odriozola said during his presentation back in July 2018: