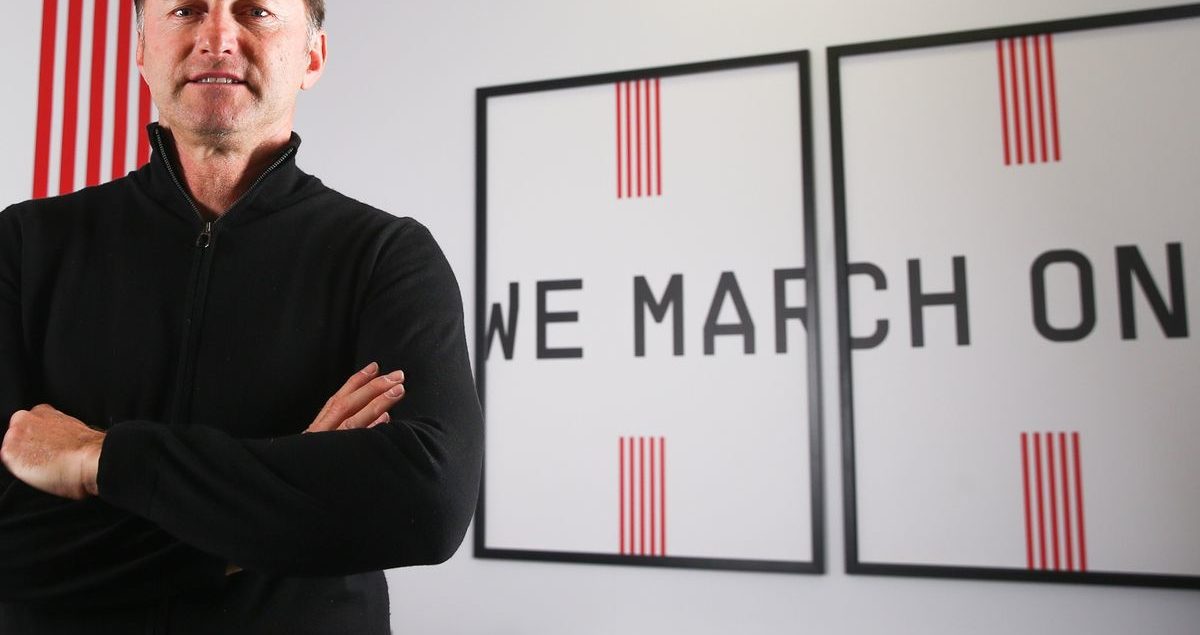 Southampton were once the envy of the Football League.

How else could you perceive the club that rose from England’s third division, empowered a generation of young talent, appointed the right managers, scouts, and personnel, and ultimately, ended up at the pinnacle of the “non-top six clubs” in the Premier League?

They were the club that people looked to as an example of doing things the “right way” – a notion that respects those who don’t engage in spending multitudes or navigate the managerial merry-go-round. And yet, the club which was once an invigorating injection of excitement into the Premier League landscape has since been reduced to a numbing, mundane side. The kind of side that appoints Mark Hughes as manager, and then waits nine months to sack him.

Indeed, when “Sparky” was given his marching papers from a job he ought to have never had in the first place, the perception was that Southampton had two different paths to embark on. Embrace the dismal state of affairs that had engulfed them and become the kind of side that appoints relegation firefighters – the likes of David Moyes, Sam Allardyce and Alan Pardew – and continue the cycle until the end of their memorable stint in the top flight. Or, they could make a gutsy leap – and attempt to salvage their identity. It would be bold and risky, but it was “The Southampton Way” that got the fans at St. Mary’s so excited in the first place.

Enter Ralph Hasenhüttl. The bearer of change. The harbinger of a return to the old ways.

Bold? A manager whose mantra is that of bullish pressing and maniacal aggression is certainly a bold appointment. Risky? Well, the Austrian will inherit a squad in the middle of the most hectic period of the football calendar, and he won’t have much time to instill a sense of purpose and drive that usually requires a full pre-season. Tomorrow’s match against Cardiff will be the first of seven matches they will play in the next four weeks, roughly a game every four days.

But for Saints, this is the time to take such a risk. Never mind the fact that they currently sit in the mire of a relegation battle – one from which they’ve not been able to escape for twelve months now – they’re also rather atrocious.

Mark Hughes’ men had taken the third most shots in the Premier League, despite scoring the fourth least goals. Per Opta’s Duncan Alexander (and courtesy of the Totally Football Show), at their current rate of accuracy and conversion, it would take Saints 920 shots to score 50 goals this season. It’s a far cry from the effervescent, exciting football seen under Mauricio Pochettino and then Ronald Koeman.

Ralph Hasenhüttl’s win percentage at RB Leipzig – where he finished second in the club’s maiden Bundesliga season and subsequently sixth – was 48%. Mark Hughes’ win percentage at Stoke – the first team to fire him in 2018 – was 35%.

The Welshman’s win percentage at Southampton, meanwhile, was a simply meteoric 18.5%. He won five of his 27 games in charge and was somehow credited with rescuing them from relegation.

So, just how did they get here?

Well, the past four years have seen them go from “man with a plan” to “stumbling around drunk at 3 a.m.”. A series of plainly wrong appointments coincided with troubles off the pitch, and suddenly they were a long way from the principles that they so rigorously followed under the helm of Pochettino and Koeman.

Starting at the top, Swiss owner Katharina Liebherr was one of the key figures credited with the rise of Southampton; having taken over the club with her father Markus in 2009, she sent them on their upwards trajectory alongside CEO Nicola Cortese. However, a falling out with the owners saw Cortese depart the club, and then, Katharina was subject to a German tax investigation. The club then sold an 80% stake to Chinese businessman Gao Jisheng, leaving the football matters to sporting director Les Reed – who was as culpable as any other in Southampton’s fall from grace.

“Mauricio has excellent understanding of the ‘Southampton Way’. His style of play matches the ambition of the club,” remarked Reed when they appointed the Argentine coach. “We want to play exciting, attacking football, taking the game to our opponents by playing a high-intensity game.”

That was, quite clearly, a lie.

After Koeman was prised away from the south coast during Farhad Moshiri’s takeover of Everton, Southampton’s following managerial appointments were far-flung from their original mantra. Mark Hughes was a panic button that turned into an ill-advised attempt at solidity. Mauricio Pellegrino never once advertised himself as a high-octane, balls-to-the-wall kind of coach and was let go far too late, and Claude Puel was seemingly sacked because Southampton’s leadership didn’t like the direction they were going with him at the head – the direction that lead them to a top half finish in the Premier League and a run to the League Cup Final. Right.

Fraser Forster was somehow given a new five-year contract, one which aggrandized his wages to the point where, when his performances plummeted so deep that he was demoted to third choice, he didn’t have any suitors; nobody would pay his wages. Someone had to have known that Manolo Gabbiadini’s scoring record in Italy wasn’t one that could sustain an entire team on his shoulders, and the solution to that was to spend nearly £20 million on Guido Carrillo, who was Monaco’s fourth choice striker and is now on loan at Leganés.

For a side that has made a reputation off selling assets for exorbitant fees and reinvesting wisely, they refused to sell Virgil van Dijk for a world record fee, despite the fact it was inevitable that he’d end up at Liverpool, and it ended up costing them a whole summer of potential investment in the squad. Of the signings made in the last three summers, only Mario Lemina and Pierre-Emile Højberg are the outstanding successes, while sparkling talents that would’ve succeeded under Pochettino and Koeman have been stunted by the new version of the Southampton way: slow and without much purpose. Mohamed Elyounoussi has failed to gain any sort of consistency whatsoever, while Sofiane Boufal has left on loan to Celta Vigo in search of playing time. Meanwhile, nobody in Southampton’s squad has demonstrated performances worthy of record-breaking bids, the kind of performances that make you point to your television screen and shout: “I NEED that player at my club!”

And on the “Southampton way” that Reed has constantly lauded? The one that remains highly dependent on bringing through young players via the academy? Well, Harrison Reed and Josh Sims were both loaned out to Championship sides last summer. And after a fairly successful loan spell at Fulham last summer, Matt Targett has failed to accumulate any sort of consistent playing time since returning to Southampton.

Of course, that can’t all be pinned on Les Reed, nor can it all be down to the ministrations of the managers. But it is a mirror of the doldrums that engulf St. Mary’s Stadium today: a club that’s lost its way.

Charlie Austin and Danny Ings are both good mid-table strikers that suffer from injury proneness, their midfield base of Lemina and Oriol Romeu is strong, and they have an abundance of monstrous centre halves, if not a cohesive unit at the back.

But for Hasenhüttl to succeed and return Saints to their lofty heights of the recent past, they must embrace their identity again. They need to replicate the things that made them become the model club for everyone to look at and admire. A youth system that brings through players of the calibre of Adam Lallana, Luke Shaw and Calum Chambers. A scouting system that allows them to sign players for cheap – like they did when they bought Morgan Schneiderlin for £1m in League One – and sell them on for sizable profit. A clear and distinguished way of playing, with intensity and fervour. And the right structure to ensure the right appointments are being made.

In Ralph Hasenhüttl, they have a manager who took one of the Bundesliga’s youngest sides to the upper echelons of German Football (with the likes of Timo Werner, Naby Keita and Jean-Kevin Augustin), and who once rescued Ingolstadt from relegation to Germany’s third division, and then won promotion as champions the very next season.

It’ll take more than one manager, but if there’s anyone who can help Saints rediscover the “Southampton Way,” it’s Hasenhüttl.