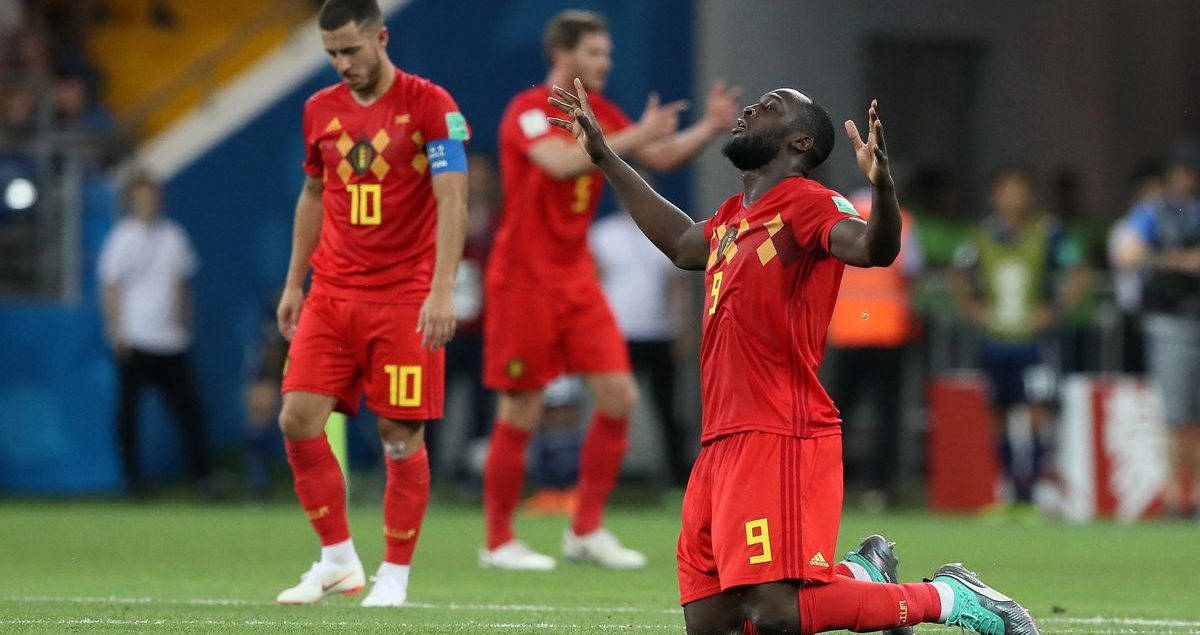 Prior to the beginning of the 2018 World Cup, many called for Romelu Lukaku to be dropped from Roberto Martinez’s line-up, stating his incompatibility with the other Belgian attackers as their main reason for concern. Four appearances later, these same people should be looking back at their hot takes with shame. The Manchester United attacker has been paramount to Belgium’s success, propelling them to a semifinal showdown against France. The argument of Lukaku not fitting the mold of his fellow attackers has been dispelled by his own performances: his four goals leave him second to Harry Kane in the Golden Boot race, and his single assist came on Kevin De Bruyne’s game-winning goal against Brazil. But it has been his effort that transcends the numbers that have shown Lukaku’s development as a striker, who has been taken under Thierry Henry’s wing. The Frenchman has infused the squad with a World Cup winner’s mentality, but his influence is most directly seen through their leading striker.

There is absolutely zero doubt that Romelu Lukaku has been the best striker at the Russia 2018 World Cup. He has outperformed the likes of Harry Kane, Robert Lewandowski, and Luis Suarez. It has been his outstanding role in Belgium’s linkup and counterattacking play that has proven his worth, but he has excelled in almost all areas of his game. Almost no one doubts the 25-year-old’s goalscoring ability, which he proved with his braces against Panama and Tunisia in the group stage. However, a look beyond his four goals highlights the complexity of Lukaku’s approach.

The vast oversimplification of Lukaku’s playstyle and strengths is accentuated by pundits and former players alike. Rio Ferdinand and Alan Shearer both praised his pace, power, and strength against Brazil, while BBC’s Jonathan Pearce described one of Lukaku’s runs as a “strong and bullish” after he glided past a pair of Brazilian defenders. It is this inherent laziness that leads to a very primitive characterization of Lukaku – a description that emphasizes his sheer athleticism while completely shunning his game intelligence. Don’t get me wrong, these pundits give accurate descriptions of Lukaku, for he possesses incredible pace, power, and strength; however, it is a disservice to a player of his quality to characterize him by such raw, ubiquitous traits.

One play that typifies the underappreciated game sense of Romelu Lukaku came in the dying embers of Belgium’s Round of 16 clash against Japan. Thibaut Courtois collected a corner, rolled it out to De Bruyne, who carried the ball into the Japanese half. As he strode down the center of the pitch, Lukaku, to his right, moves infield, dragging Nagatomo along with him, opening a major gap on the right side of the pitch, which is exploited by Thomas Meunier. As Meunier plays a ball across the eighteen-yard box, Lukaku is defended by Japan’s captain Makoto Hasebe. Cleverly, Lukaku allows the ball to pass through his legs, leaving it for an unmarked Nacer Chadli, who calmly tucks home the winner for Belgium. This single play, in the final moments of a tense game, exemplifies the complexity of Lukaku’s playstyle.

It’s clear that when Lukaku has the right weapons around him, and when his team plays a certain style, he will thrive. Obviously, his World Cup will be remembered for his performances in the latter stages of the competition, but his impact has already been solidified. In a team of stars, he has risen up to the occasion, substantiated his excellency, and left many in awe. So next time you watch Lukaku perform, don’t drool over his pace, power, and strength; instead, focus on his intelligence, tenacity, and movement. Do not simplify Romelu Lukaku to a beast in a Belgian kit, praise his intelligence and awareness. Thierry Henry has more to teach him, but the effects of his wisdom are beginning to shine through for the 25-year-old. With his combination of athleticism, flexibility, intelligence, and movement, Romelu Lukaku is a force to be reckoned with, and Manchester United fans should be licking their chops at the prospect of his Premier League return. For now, they’ll have to watch him for the other Red Devils, who he will hope to lead their first ever World Cup Final.