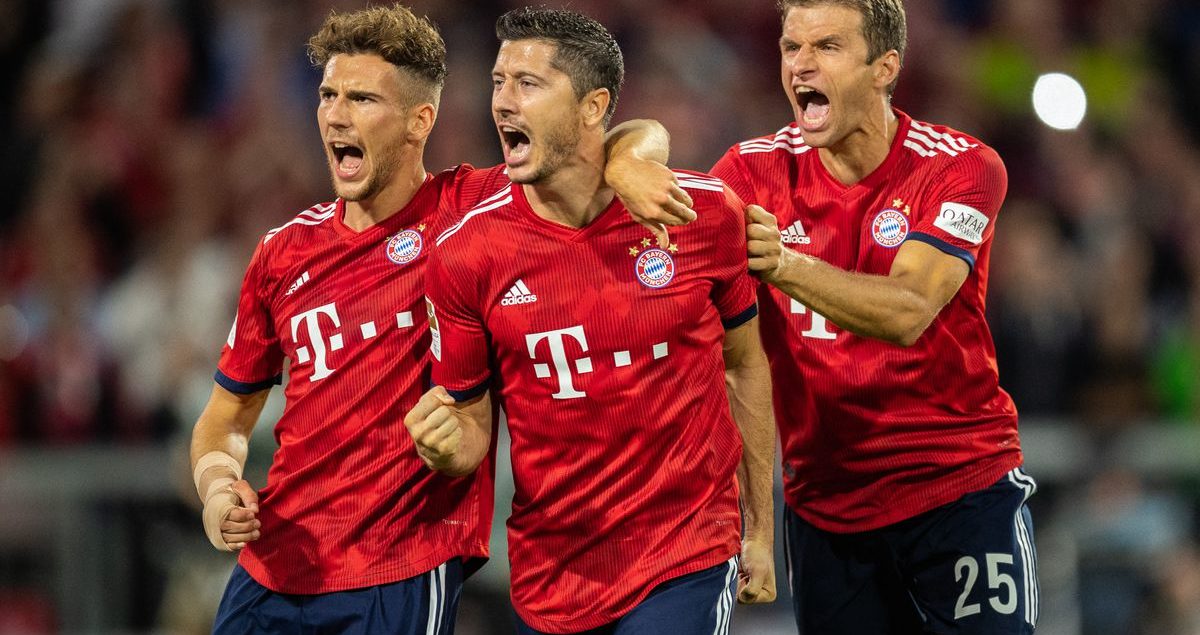 As Bayern Munich get set to take on Liverpool, Zach Lowy, co-creator of Breaking The Lines, speaks to Bundesliga expert and Goal.com writer Ronan Murphy about the Bavarian club’s chances.

ZL: What have you made of Bayern’s form since the start of the Ruckrunde?

RM: Given the way they were playing just before the winter break, I don’t think it’s surprising that they have started strongly in 2019. They look sharper in front of goal and more determined than they did during some of the earlier stages of the season. Perhaps now they have the pressure that they didn’t have before because they’re fighting for the title and had probably thought that this season would just be another early coronation.

ZL: What are some areas in which Niko Kovac has improved Bayern?

RM: I don’t think it’s obvious where they might have improved. If anything, they’ve gotten worse this season. But that’s not his fault. Nobody can escape time, not even Arjen Robben or Franck Ribery or Jerome Boateng or Manuel Neuer. Lack of investment in new players, especially marquee players, means that Kovač has a much weaker squad than those of previous managers. He has improved on the discipline and mentality problems from the first half of the season, but they’re still too inconsistent at the back.

ZL: How do you expect that defense to cope with one of the flashiest attacks in Europe?

RM: They probably won’t do it very well. Bayern’s full-backs like to get down the pitch, which leaves them exposed at the back (shown expertly by Augsburg’s first minute goal at the weekend). This means there is more pressure on Mats Hummels and Niklas Süle, and they have not been playing to the standard they are capable of, often switching off and allowing quick forwards to get past them.

Bayern are one of the worst teams statistically defending counter-attacks in Germany this season, so Liverpool will be delighted to play against them in that aspect. Sitting deep could be a solution, but Kovac is unlikely to do this as it might leave a big gap between defence and midfield for Liverpool to play around in. Starting Javi Martinez in midfield could be an option to help protect the defence, but the simple gameplan will probably be to just score more goals than the opposition.

ZL: Will Kingsley Coman be available for the tie?

RM: Brazzo said that it was still not confirmed either way when they were at the airport on Monday morning, so it could go either way. He’d be a huge loss for Bayern as he’s their greatest attacking threat.

ZL: With Van Dijk and Gomez missing the first leg, do you expect Kovac to base his gameplan around Lewandowski?

RM: Kovac will want a result from the first leg but probably won’t want to risk building his game plan around Lewandowski for fear it could leave them exposed. Dortmund’s result against Spurs last week could be in the back of his mind, so he’ll likely look for defensive stability and hope to bag an away goal.

ZL: So do you expect him to start James given their previous issues?

RM: Those issues look to be behind them both now with James now a key squad member. He’s started a lot since the winter break, possibly with this game in mind as Muller is suspended. James has to start as he is capable of unlocking a defence in ways that few other players can.

ZL: We’ve talked about how Liverpool can catch Bayern off guard on the counter, but what are some ways Bayern can surprise Liverpool?

RM: Bayern tend to play slowly and methodically under Kovac, so playing more direct, high-tempo football could be an option especially with Liverpool’s makeshift defence. Long balls are usually useless against Liverpool, but no Van Dijk brings them back into play. Lewandowski is great in the air so getting it wide and then crossing onto his head could cause problems.

ZL: What are some players who have taken a step forward under Kovac? Alaba and Gnabry come to mind.

RM: Alaba is probably just returning to where he was a few seasons ago. Gnabry has definitely improved under Kovac. Lewandowski has become a more-rounded forward while Kimmich has improved again this year, but that may just be natural progression.

ZL: What’s one player who’s underperformed this season who needs to step up vs LFC?

RM: Mats Hummels should be in the conversation for best defender in the world. Now he’s not even the best defender at his club. He used to be reliable and consistent but has been neither this season.

ZL: Do you think BVB’s recent poor form will be motivating Bayern? It seemed Dortmund were running away with the title, and now, they’re in the process of drawing four straight games.

RM: It definitely will help their spirits in the Titanic Hotel in Liverpool. Bad omen perhaps staying there, but watching their title rivals slip up will lift the mood and ease the usual hotel boredom!