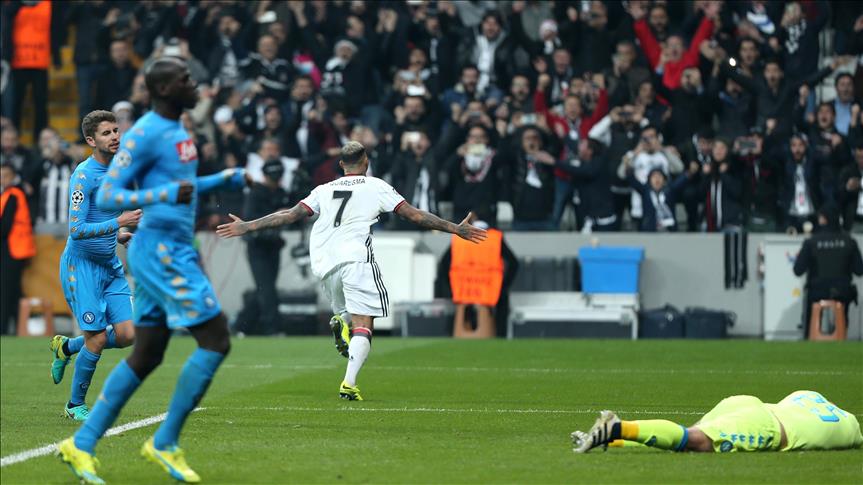 Football is a beautiful sport. It’s a rollercoaster of emotions. An amusement. An art. Sometimes to the point of addiction. Hence the Brazilians call it “jogo bonito”, the French call it “beau jeu” and the Turkish call it “güzel oyun”. What Besiktas did this season in the Champions League has been a significant display of what us – the fans love to see. The beauty of the sport. In August, when I was working on my first article, the groups had been just drawn and the situation was vaguely bleak. With French giants Monaco as favourites and German powerhouse RB Leipzig billed as the underdogs to win it, the phase seemed like a tough job for Besiktas. No one but a few expected them to progress.

It seemed like they would battle for the 3rd spot with Porto – for the Europa League. But Senol Gunes and the lads had other plans. “You should always expect the unexpected” Besiktas won their group unbeaten and with a record 14-points, the all-time best for a Turkish club. The players performed extraordinarily and Senol Gunes’ antics proved to be of highest quality. The system worked like clockwork. They outplayed all of their opponents. But the challenge for them is just starting. Despite being seeded for the draw, Besiktas drew arguably the toughest opponent possible – Bayern Munich. It will be even harder for the Turkish champions but it’s definitely not impossible. The hardest challenge for Besiktas will be staying fit and concentrated during this tough schedule or they might lose it all: Bayern (A), Fenerbahce (H), Fenerbahce (H) – Cup semi-final, Trabzonspor (A), Genclerbirligi (H), Bayern (H), Basaksehir (A).

They’ll play their most important games of the season within a span of just one month. This could either go completely wrong or pump the team with extra motivation in their pursue of glory. Bayern have a considerably less tight schedule during this period. This isn’t the sole issue for Besiktas. After selling their star striker, Cenk Tosun – who had 4 goals and 2 assists in the group stage – they still haven’t quite got things back on track in terms of a goalscorer.

Negredo has been impressive but not been able to reach Cenk’s level whereas Love is still adapting to the team. But the Black Eagles still got a lot up their sleeve considering the firepower they have in Talisca, Babel and the Portuguese winger Quaresma who have a combined number of 6 in goals and 4 in assists so far this year in Champions League. Progressing past the group stage for the first time in their history, Besiktas are surely thirsty for more and will be looking to upset the Bavarian outfit Bayern – they can do it. I expect Besiktas to adopt a more containing approach, especially in the first leg where they’ll play Bayern at Allianz Arena. They did it against Leipzig in the away game – and with a rotated squad (Besiktas won 2-1). The odds might be against them but Besiktas are here to cause a shock.

The Lords of the Bosphorus like it more when they’re the underdogs. Pepe – Lewandowski matchup will be key here. The last time they went against each other was in 2013, when Lewy was playing for Dortmund. Pepe was highly criticised after that game as he failed to successfully mark Lewandowski – he scored 4 goals. He will be looking to do the same and Heynckes will be relying on him to do so. But for Besiktas, Talisca’s performance will be even more essential in the draw. Besiktas depend on him heavily – he has 6 goals in the last 4 league games, all played in the second half of the season. He’s on fire and will surely be looking to keep his good form going against Bayern. On the other hand, Bayern have been absolutely dominating since reappointing the tactical mastermind Jupp Heynckes and I believe that he is Bayern’s ace. It will surely be interesting to see how these two great managers go up against each other. Neuer still hasn’t recovered but personally I don’t think Bayern will miss him. Ulreich can and will step up to take his place.

The midfield combination of Tolisso, James and Thiago (and Vidal of course) and their performance will be really important in the outcome of the game. I don’t know if Heynckes will decide to play Müller in midfield as he did in some games but in the end, the midfield will be really important if they want to break Besiktas. The Black Eagles might have a less impressive midfield but this does not mean they can’t overcome against them. Hutchinson might be 35 but he’s still going strong. Arslan proved how he gets going in big games before.

Ozyakup is underrated with his skill range and Medel’s no stranger to these type of games. I expect Besiktas to play with a 4-2-3-1 formation and Bayern with a 4-3-3. Besiktas will mostly run their offense through Quaresma and will be looking to find Talisca or Negredo will his brilliant crosses. They’ll also be looking to stop Bayern by locking up and disabling the midfield connection. Robben and Ribery will mostly be double teamed with some help from the midfielders.

Their work rate will be crucial in the outcome of the game. On paper Bayern are strong favourites but as I said before, we call this “The Beautiful Game” for a reason. You can never be certain. Besiktas will have a plan to execute and shall be driven to achieve their dreams and when it’s the UCL, sometimes passion can overcome skill. We will see what happens.