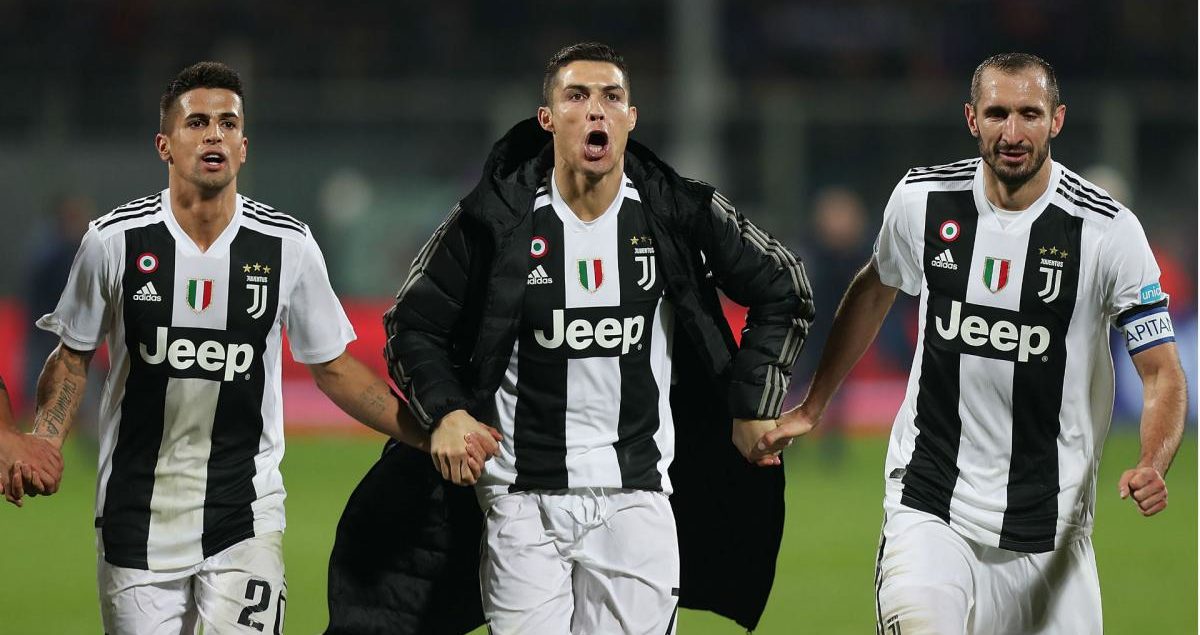 There’s not a better stylistic matchup than Juventus and Atlético Madrid in this year’s Champions League round of 16. Both teams are one step closer to securing the trophy that has eluded them for far too long, but they’ll have to face off against each other in order to make that dream a reality.

Over the season, both teams have shown why they deserve to be where they are. Juventus, after signing five-time Ballon d’Or winner Cristiano Ronaldo, have taken first place in Serie A. La Liga is left with Atlético falling just shy of Barcelona’s top spot. Juventus have remained unbeaten in the league, while Atlético have only lost twice.

All signs point to a defensive grudge match: Atlético have conceded 14 goals in 22 league matches this season, while Juve have let in 15.

Juventus has a long road ahead of them in order to finally conquer their Champions League demons. After losing two finals to champions Real Madrid and falling short of their 3-0 reign over the Spanish side at the Santiago Bernabéu, their hopes are high with Ronaldo by their side. Both sides have reached the final twice in the past five seasons. While Atlético was overcome by Real Madrid in both 2014 and 2016, while Juventus was taken out by Barcelona in 2015 and Real Madrid just two years later.

While Atleti will be looking to reach the final on their own turf, Juve certainly have the team to win it this season. Their defensive fortitude, along with their attacking capabilities, make this quite the formidable opponent for Los Colchoneros. Leonardo Bonucci joins Giorgio Chiellini once again, Alex Sandro is back in top form, and both João Cancelo and Mattia De Sciglio are taking the right side by storm. With an in-form Rodrigo Bentancur, season-long consistency from Blaise Matuidi, newcomer Emre Can offering depth, and Miralem Pjanić controlling play, the middle of the park looks rather set for battle. Lacing all of that with an attack of Cristiano Ronaldo, Paulo Dybala, Mario Mandžukić, Douglas Costa, and Federico Bernardeschi, leaves any opposition fearful.

Atlético Madrid are coming into the round of 16 for the fifth time in six seasons. After winning the UEFA Europa League in the 2017/18 season, they’re looking to win the real deal. The Spanish side are currently unbeaten in their past 12 home UEFA Champions League knockout matches, having reached two Champions League finals and three Europa League finals in the last nine seasons.

With one of the best goalkeepers in the world, Jan Oblak, organizing the back line, and with Diego Godín and José Giménez shoring up defense, it’s no surprise Atleti continue to be one of the stingiest defensive outfits in football. While their attacking leaves more to be desired, Antoine Griezmann and ex-Juventino Álvaro Morata could form a tricky attacking duo up top.

Both powerhouses are hungry for the Champions League trophy. A powerful and proven Juventus are eagerly awaiting Simeone’s team, and while Juventus have shown recent weaknesses in form, Max Allegri will make sure his team are ready for the occasion. By losing out to their treble dream and giving Bianconeri headaches with shaky defensive performances, there’s no guarantee that Juventus will make it past Atlético with ease. Atlético Madrid is striving to find the back of the net, but they too will be ready to go to war to get past to the quarterfinals. Both teams will have to deliver a top performance both offensively and defensively, and there is no doubt that both legs will prove to be a matchup of the stars.

There is the sense that this represents ‘last chance saloon’ for both clubs, to some extent. Juanfran, Diego Godín and Filipe Luís are set to leave at the end of the season, while Juve’s aging stars are nearing the end of their windows. Neither Simeone nor Allegri have signaled that they will stay for too much longer at their current clubs, but if there’s one thing left for them to put on their CVs to complete their legacies, it’s the Champions League.