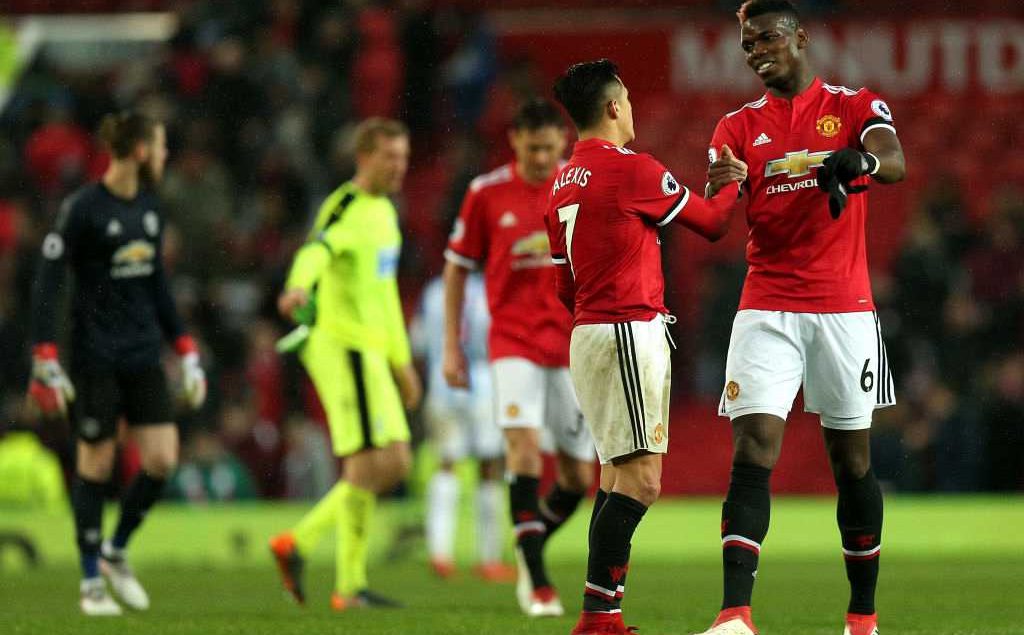 Manchester United’s Round of 16 draw dodged a few bullets. They could’ve faced La Liga champions Real Madrid, Germany’s finest in Bayern Munich, or Italy’s historic Juventus. They had the chance of facing fellow English side Chelsea, who beat them 1-0 at Stamford Bridge back in November. Instead, the Red Devils got Sevilla, a promising end result from the multiple possibilities, but a side they must be wary of.

Sevilla sit in a comfortable 6th place in La Liga, 24 points off the top, but only a handful of points away from 3rd. They are in the semifinals of the Copa del Rey, and they’ve put many of their early struggles behind them, demonstrating their resurgence in their two-legged domination of Atlético Madrid in the CDR. They finished 2nd in their Champions League group behind Liverpool, beating out Spartak Moscow and Slovenian club Maribor.

At the helm of the Spanish side is Vincenzo Montella, who was recently appointed in the latter stages of 2017 to replace Eduardo Berizzo. Formerly of Milan, Montella isn’t without his fair share of critics, including the one-and-only Diego Maradona, who furiously took to social media when he heard about the replacement for his fired countryman.

To be quite frank, Sevilla stand little chance against the Red Devils. Despite their flurry of activity in the January transfer market, Sevilla’s reinforcements simply do not stand up to the sheer strength of United’s depth. In a mere 24 hours, they managed to secure the signings of Miguel Layún, Roque Mesa, and Sandro. Óscar Arias, who had the difficult job of replacing Monchi as Sevilla’s sporting director, has filled the void sufficiently. 3 consecutive Europa League trophies is no easy accomplishment to match, but after a slow start, Arias is gradually maneuvering the ship back on course.

Nevertheless, progression has been interrupted by sheer stagnation, such as in Sevilla’s 5-1 drubbing at the hands of Eibar, or their last-minute tie against Getafe. Individual errors and poor team chemistry have led to dropped points, and Montella has transformed flat-lining into volatile fluctuation. Sergio Rico has been catastrophic in net, the back 4 has looked discombobulated, and the team has struggled in the final third. Although the Italian has them playing a more disciplined approach, you just never know which Sevilla is going to show up on match day.

Over-rotation was one of Berizzo’s downfalls, and from the outset Montella showed a preference for a group of core players. Colombian striker Luis Muriel began seeing more minutes, subsequently producing more than he had in the entire first-half of the campaign. Pablo Sarabia and Wissam Ben Yedder have upped their performance levels, and things appear to be improving. However, the fixture congestion brought about by the Copa del Rey has demonstrated the weakness of their second-string squad, with rotation deteriorating their quality of play massively.

In short, United should easily sweep Sevilla off their feet. They’ll be in for an intense match at the Pizjuán, but it’s only a matter of how many they can score at Old Trafford. David De Gea’s cat-like reflexes could come into use during the tie, especially given how prone United can be to a few dangerous attacks when dominating the game. Luke Shaw and Antonio Valencia will be blitzing down the flanks to support Juan Mata and Alexis Sánchez, and Pogba will look to cement himself in the middle of the park and dictate tempo. A big question mark will be the performance of Romelu Lukaku, who when deprived of service, can take a severe dip in form. Whether he can get involved in build-up or counterattacking will be something to watch for, but much of United’s degree of comfort will hinge on the big Belgian.

Marcus Rashford’s recent lack of playing time could see him deployed in the weekday matches, and the Round of 16 could be the perfect stage for him to announce his candidacy for a starting role. Mourinho would profit from utilizing a 4-3-3, given the proficiency of his wingers and the freedom for Paul Pogba. United should look ahead to the quarterfinals of the Champions League, but should take Sevilla at face value and not underestimate the potential of a misfiring team.