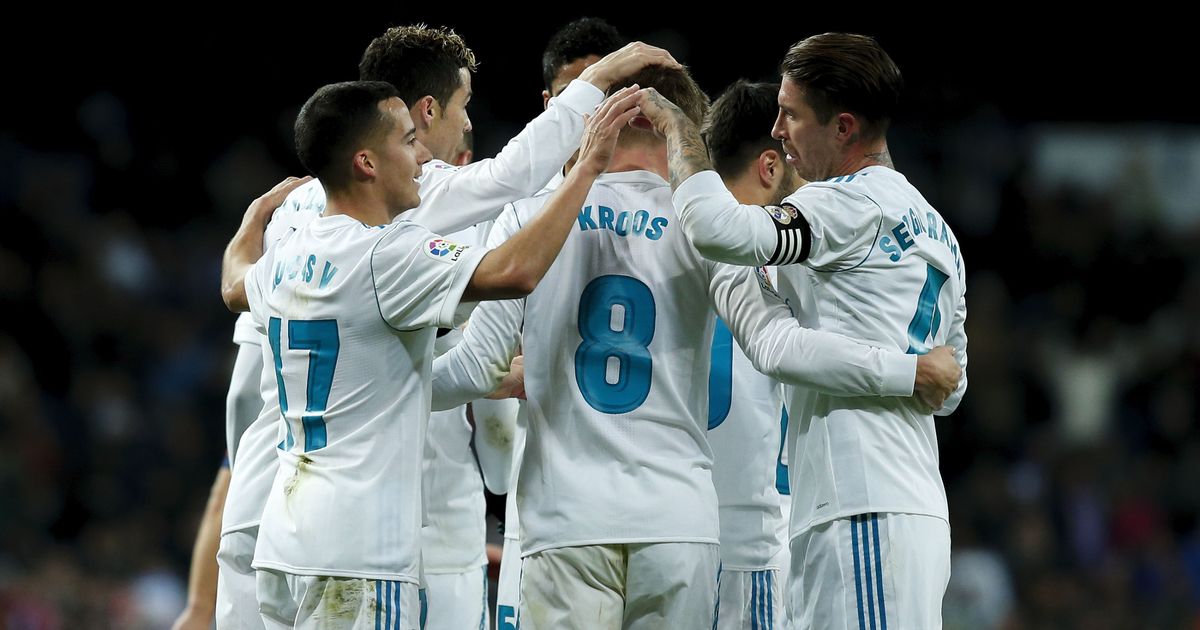 The return of the Champions League. As the Champions League returns, back-to-back champions, Real Madrid, return in surprising form. They’ve been struggling this season due to many key players being off form and blunders from manager Zidane has also cost them, as a result, Real Madrid are realistically out of the title race and are also knocked out of the Copa Del Rey. In December, Real Madrid were drawn against PSG, who many consider favorites or the competition because of the Neymar and Mbappé signings. Many even consider the French club as favorites for the tie against Real Madrid due to Los Blancos’ poor form, but as many of us know already, form is thrown out of the window when Real Madrid are in a Champions League knock-out match, Real always look like their strong, lethal and resilient self when they hear the Champions League hymn and know the stakes. Real Madrid go into the match having beaten Real Sociedad 5-2, with Ronaldo netting a hattrick (which is very much needed for his confidence).

Overall, the win was a solid performance offensively, however the main concern is the defensive aspect of Real Madrid’s game, just as it has been for the whole season. Real Madrid made many defensive errors and as a result conceded two goals and should’ve conceded more goals as well. This season, we have struggled to defend against counter- attacks, something that Emery has definitely taken note of, and with Neymar and Mbappé, this weakness could be easily exploited. Furthermore, Marcelo’s carelessness to not track back and defend has been a point of weakness for Real Madrid this season. A good example of this is Real Madrid’s away match against Celta Vigo this season which ended 2-2. They noticed Marcelo’s irregularities in defence and decided to utilise that and expose Real Madrid which they did very well, Daniel Wass (Celta Vigo winger) on how they scored against Real Madrid.

“We knew that Marcelo did not always want to run back and we decided we would use that which we did great.”

Another Brazilian who has not been performing this season has been Casemiro. This season, Casemiro has been a spectator in most matches, he has not been offering anything on the ball and off the ball, he used to have a limit last season and the season
before that, however this season it looks like Zidane has given him the responsibility to also attack and be involved in the build-up of plays even though Casemiro is very average on the ball. This has not gone to plan, as we’ve seen Casemiro wander off many times and play as high as Cristiano on the pitch, which leaves Real Madrid exposed to any transitions as he is
supposed to be our anchor in the midfield who balances our midfield and defense. Despite all of Casemiro’s limitations and weaknesses, it looks like he still remains as an indisputable starter under Zinedine Zidane. Real Madrid have lost Carvajal for the first leg of the tie against PSG due to suspension and the likely replacement will be Nacho. Carvajal hasn’t been the same Carvajal of last season, he has been average going forward and dreadful defending, whereas Nacho has been one of the better performers for Real Madrid this season, he has had many stellar defensive performances and his duel against Neymar should be an interesting one, Nacho should not be underestimated by any means. Furthermore, the midfield duo, Kroos and Modrić, started off the season very average, but in the last few weeks we’ve seen their level rise drastically, just when Real Madrid needed them. With these two back in form, it is very difficult to beat Real Madrid, just like what we saw last season vs Bayern, vs Napoli, vs Juve, vs
Atletico, these two have been the key to Real Madrid’s success, and another aspect that Zidane will be looking forward to, is that Cristiano’s goal-scoring form is back, scoring 5 goals in his last 3 matches.

In Cristiano’s last match vs Real Sociedad, he managed to score a hattrick and provide an assist, in general, he had a superb match which is great for his confidence going into the match that realistically will decide whether we end up trophyless this season or not. If there is a player in the team to come up clutch and score the important goals, it is Cristiano, so it is crucial to have him in tip-top form ahead of the most important match of the season. The players know the stakes of this match, they are aware that if they lose this tie they have nothing else to play for as the league was lost in December and we also got knocked out of the Copa Del Rey.