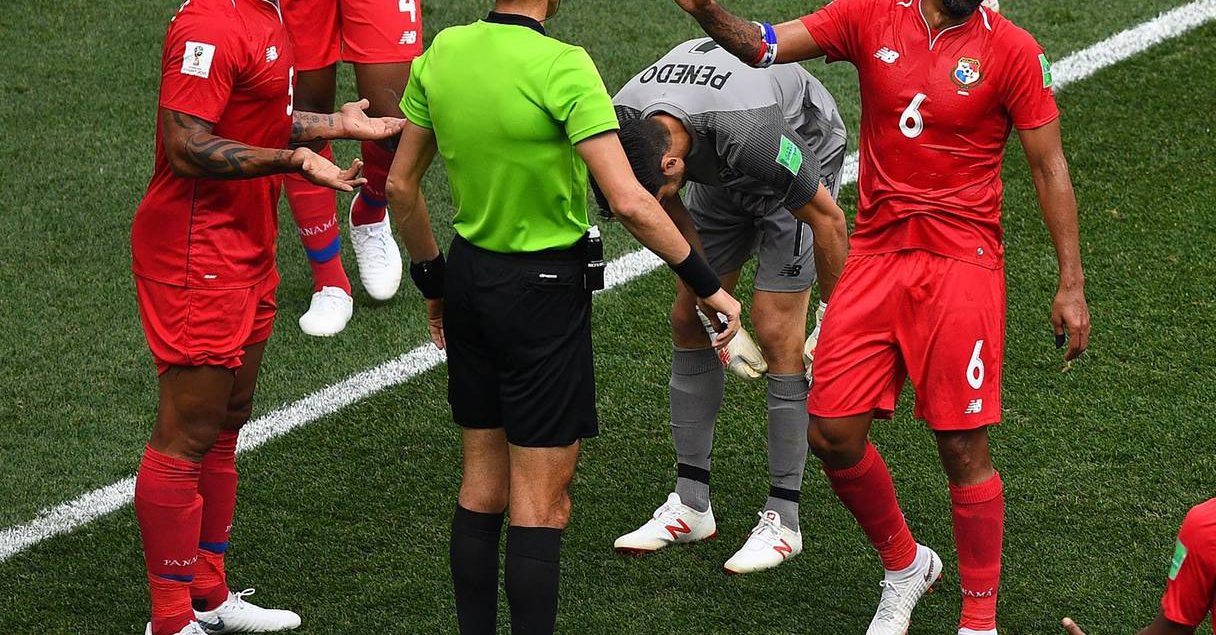 Going into the tournament, they looked like they would be a cut below the rest, and surely enough, they were. While an early own goal from Yassine Meriah in the final match-day gave Panama hope of coming away with at least a point, Tunisia went on to dominate, and beat Panama 2-1.

Before I delve into my analysis, let me just say that Panama deserved to be at the World Cup. They didn’t rob their way in with a shoddy no-call or a ridiculous miscarriage of justice, they won the games necessary and they placed third in CONCACAF, good enough to automatically qualify for the World Cup. This historical experience for them–the first World Cup in their nation’s history–will help them improve their academies, their domestic league, and their football infrastructure.

Now that that’s out of the way, let’s get into how terrible Panama were. Panama coach Hernán Darío Gómez reacted angrily to critics who accused Panama of being the worst team in the competition. However, not only were Panama were the worst team, but this Panama team will go down in history alongside the likes of Saudi Arabia 2002 and North Korea 2010 as one of the worst teams to ever play in the World Cup.

Panama were sloppy in defense, with their trademark move being not an offside trap or a specialized set-piece marking, but a WWE-style body slam. Against England, they brought out all kinds of tricks: Jesse Lingard took a ferocious elbow, and was soon bundled over for a penalty. Panama conceded set-piece goal after set-piece goal to England, who weren’t particularly impressive, yet ended up winning 6-1.

Of course, if you’d have given the Panamanian fans, players, and media the choice between not qualifying, and qualifying and crashing out at the group stage, they’d have taken the second option any time. This isn’t about making themselves proud; they’ve already done that. This is about getting their feet wet on the world’s stage. However, Panama’s poor tournament run comes as an an advertisement against a 48-team World Cup; teams of Panama’s caliber should be a rare outlier, rather than a common entity.

And yet, at the same time, Panama’s qualification does provide an advertisement for a 48-team World Cup, which will be implemented during the 2026 World Cup. Many small countries like Panama will see their national teams qualify for the World Cup for the first time in their nations’ history, a feeling that they will surely cherish forever. In addition, Panama will be looking to build on their World Cup feats by bringing in more players to their domestic league, while sending their own national team players to better leagues where they can polish their skills.

Panama entered the World Cup playing with house money. They had already pulled off the greatest accomplishment in their nation’s footballing lore, and anything besides that, such as their first ever World Cup goal from Felipe Baloy, was icing on the cake. It didn’t matter that England were already six goals to the good when Baloy scored–it was still an incredible moment that will live on in history, just as Román Torres’ goal vs. Costa Rica in qualifiers to put Panama through to Russia will.

Panama’s golden generation is over–Jaime Penedo (36), Felipe Baloy (37), Blas Pérez (37) and Gabriel Gómez (34) will likely retire from international duty–but this World Cup should provide them with a jumping-off point to build another golden generation. Right back Michael Amir Murillo, who plays for New York Red Bulls, and left-winger Édgar Bárcenas, who currently plies his trade in Mexico’s second division, are still far from their prime, and will surely play a vital role if Panama are to repeat their heroics and qualify for another World Cup.

If there ever is a next time, hopefully they’ll be a bit more prepared.