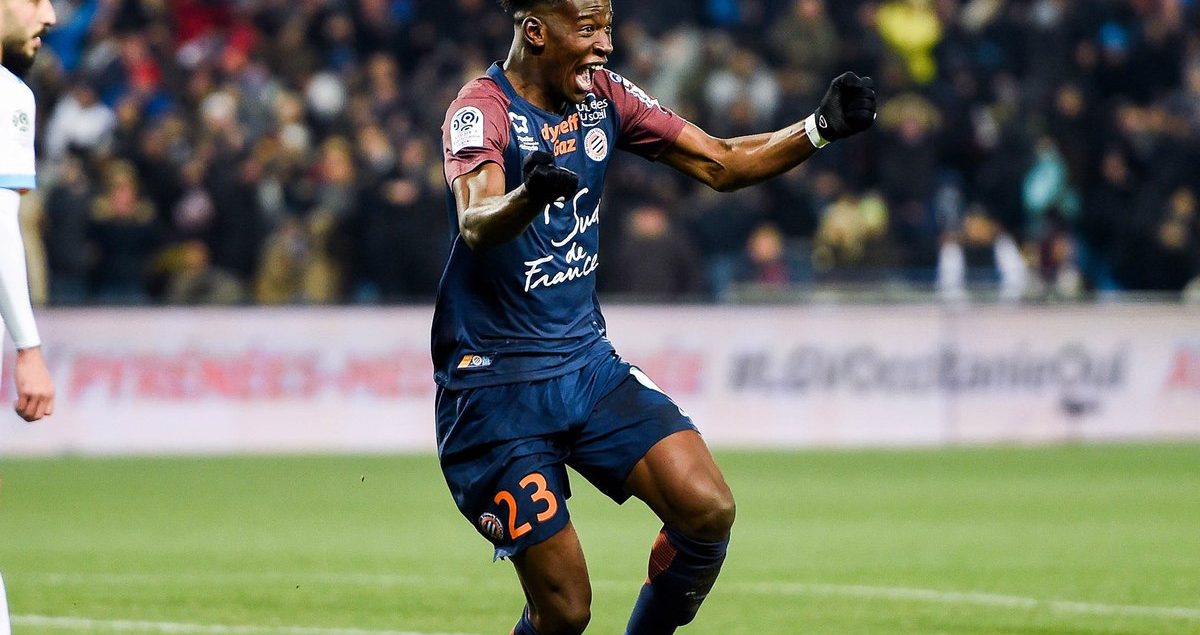 After ending the 16/17 season in 15th place and conceding 66 goals, the third highest in Ligue 1, there were not very high expectations for Montpellier this season. Now under the stewardship of defensive specialist, Michel Der Zakarian, the club look anew. They’re going into the winter break in 7th place and have conceded the least amount of goals in the league at 13. Managerial change has done a lot for the French side’s success but, players with exceptional ability are also necessary to achieve defensive excellence. And none in the Montpellier defense have had as big of an impact as young defensive stalwart Nordi Mukiele.

Mukiele was born in Montreuil, a commune in the eastern suburbs of Paris, on November 1st, 1997. Throughout his youth career, Mukiele trained at Ligue 2 outfits, Paris FC and Stade Laval. At Laval, Mukiele worked his way through the youth setup and was able to break into the first team at age17. Over three years, the French U-21 appeared 34 times for the side and eventually was able to garner attention from Montpeiller. In January 2017, Mukiele moved to Montpeiller for a fee of 1.35 million euros. He was immediately placed into the starting XI with the clubs aforementioned defensive problems becoming a burden for then manager Frédéric Hantz. After settling into the team, it became quite clear that Mukiele was the best defender at the club and was worth much more than a measly 1.35 million euros.

Since Michel Der Zakarian’s appointment, the side has played in a back 5 or 3, usually formatted as 5-3-2 or a 3-4-1-2. In these systems, Mukiele, who is naturally a right-back, plays at both right-back and right-sided centre-back. Gifted in both positions he switches back forth at Der Zakarian’s discretion. At right-back, Mukiele likes to play high up the pitch in the offensive phase of play. The French U-21 uses his pace, dribbling ability, and ball control to glide past defenders. At center-back, he is the go-to guy for carrying the ball up the pitch. Technically astute with the ball, he is very confident in this role. He enjoys playing short passes to his closest midfielder and winger, but he is not afraid to play a long ball or attempt to break the lines if he sees a gap in the opponents defense.

In the defensive phase of play, Mukiele is an extremely aggressive, physical, and intelligent presence in Montpelier’s backline. When defending, Mukiele is fond of being proactive and pressuring attackers as opposed to dropping back and allowing them to move comfortably in possession. The French U-21 also never shies away from a challenge. Often, he’s positively aggressive and effective in one-on-one situations. Furthermore, he is adept at reading situations. He’s able to cut out threatening balls before they can reach dangerous areas of the pitch. Moreover, it’s not rare to see him cut out a pass and quickly play it forward to spring a counter-attack.

Nordi Mukiele’s list of strengths is near-perfect for the modern centre-back. We’ll start with his build. At 6’1 and 163 lbs, he is a proper physical presence and a real threat in the air. The young defender wins 2.3 aerial duels per game and can be seen heading balls away throughout games. Surprisingly, given his aggressiveness, he is an impressively clean and well-timed tackler, rarely getting anything except the ball when he slides in for a challenge. As mentioned before, he has a supreme ability to read the game which is why he intercepts the ball at a rate of 2.6 per game, one of the highest tallies in the league. On the ball, he is self-assured and forward thinking. Skilled at short passes and medium length balls, he also has a creative side and creates more than a chance per game.

With defenders like Mukiele there are many things that they are excellent and very skilled at, but as a 20-year-old you can expect that there are somethings that need fine-tuning.  As I’ve mentioned throughout this article, Mukiele is a very aggressive defender who isn’t afraid to break his defensive structure to deal with an attacker that is making a dangerous run or is in a threatening position. But, at times, Mukiele overcommits and leaves a hole in his defense. Most of the time, he uses his pace to recover and regain his position but sometimes he is not as reactive and allows the attackers to exploit the space. Luckily, these opportunities rarely turn into a goal, but sooner than later he will be made to pay for these mistakes. However, this is something that, with the right manager at his side, can be fixed. Mukiele is still an intelligent, physical, and dominant presence in defense. The French U-21 team has enough talent to impose himself at a club of the highest caliber and with reports linking him to both, Manchester City and Benfica, it might not be long until we see this young man in a different light.