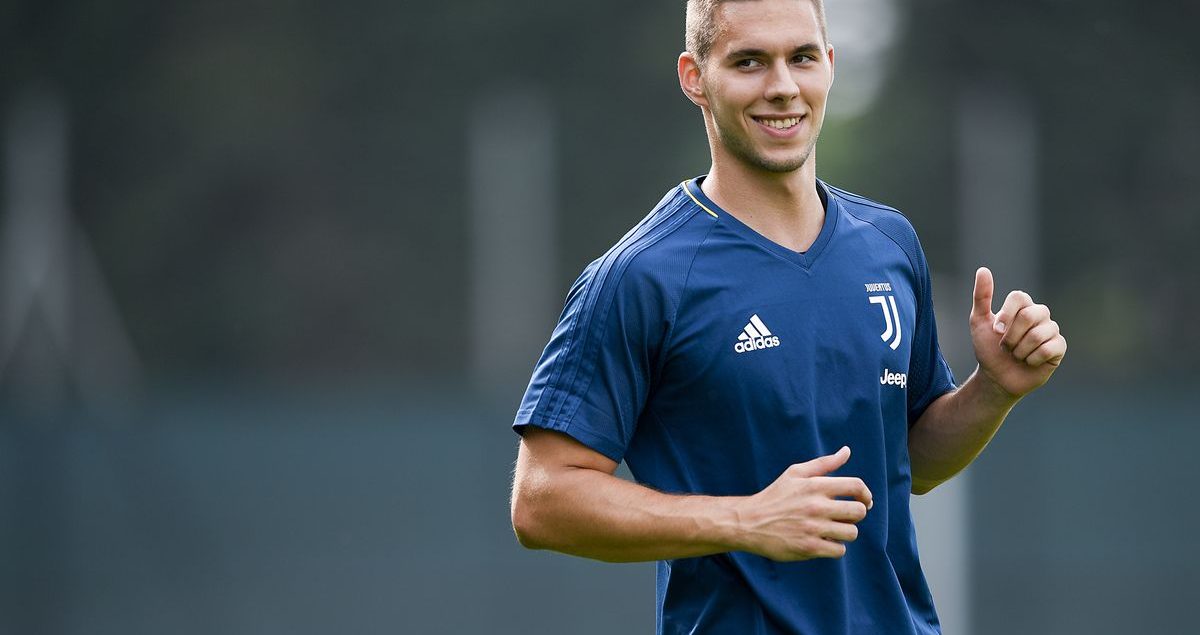 Marko Pjaca has been one of the most highly-rated young players in World Football for some years now, and rightly so. Since he burst onto the scene at Lokomotiva in Croatia, many have tipped him for greatness. And why not? At just 18, he lit up the Prva Hrvatska Nogometna Liga (Prva HNL) with breathtaking performances that earned him plaudits and alerted big European clubs to his talents.

Pjaca was born in Zagreb, Croatia, on May 6th, 1995, into a proper sports family. His father, Željko, was a state wrestling champion in his time and later became the national team coach. His mother, Višnja, was a Croatian champion in Judo. Marko himself played basketball, table tennis and handball in his youth. His two sisters participated in synchronized swimming and volleyball in their teens before deciding to focus on earning degrees in school. However, for Marko, football was always the favourite once he started playing it. Even though his parents wanted him to do martial arts as a kid, they (along with his sisters) supported his football dream once they realised his heart was with the round leather game. They always showed up at his games once he took it up professionally and their support gave him the drive he needed to succeed.

He spent 5 years at Dinamo’s academy before joining NK ZET, where he spent a year honing his skills against older players. In 2010, he joined Lokomotiva where he quickly rose and made it into the first team. An assist on his first team debut in early 2012 already gave the fans a glimpse of what he was capable of, and excitement was in the air. He did not look back after it. His breakout season came in 2013/2014 when he scored 7 goals in 31 appearances as an 18-year old. It wasn’t just the goals that made him become recognised as a future star, but the way he played. He delivered some sensational performances too good for his age, showing great dribbling and technical ability all season-long.

Dinamo quickly returned for their academy product that summer, shelling out €1 million to sign him. He started to repay that fee from his debut where he scored against Slaven Belupo. He scored a memorable hattrick against Celtic in the Europa League that season, for which he got many plaudits. By January 2015, just six months into his time at Dinamo, Bologna came in with a bid of €8 million for him. Dinamo rejected it. Milan were also linked with a €12 million move for him although a bid never materialised. Pjaca was now hot property. By the end of 2015, Pjaca was named the Best Prva HNL U-21 Player and the Best Prva HNL Player, as Dinamo won a league and cup double. He also made the Team of the Year. In 2016, he won the Best Prva HNL PLayer Award for a second consecutive time as he led Dinamo to another league and cup double. By July 2016, Juventus had come in with a bid that was too good to turn down. The €23 million transfer meant that it had become the most expensive transfer ever out of the Prva HNL. Before leaving though, Pjaca delivered one more masterclass in his final game for Dinamo, in the Champions League qualifiers against Macedonian club Vadar. He left the field to a standing ovation from the fans after scoring two goals and assisting one more.

At Juventus, things haven’t gone too well for Marko. He suffered two long-term injuries in his first season, including an ACL injury suffered in March 2017, while playing for Croatia. After returning from injury, he was loaned out to Schalke in January 2018. At Schalke, he began rediscovering his form and fitness, despite not playing many games. He scored 2 goals in 3 starts (and 4 substitute appearances) before leaving at the end of the season.

So what is it about Marko Pjaca that made Juventus spend €23 million on him back in 2016? It’s all about his game. He is one with a potential to be an x-factor player. He can operate on the wings, especially the left where he can cut in onto his stronger right foot to create and cause problems for the opposition. He can also operate centrally as an attacking midfielder or second striker. He has a great dribbling and shooting ability which make a threat from anywhere in the attack. A technically gifted player, his speed complements his other abilities well. He’s strong on the ball and very effective in one-on-one situations against defenders. He also has good movement and good football intelligence. While at Dinamo, he was constantly compared with Modric and Benzema because of his style. He definitely has some qualities similar to those players, especially Benzema with how he carries the ball.

The 2018 World Cup will give Pjaca an opportunity to shine on the World stage. While representing Croatia at Euro 2016, he was very impressive especially in the game against Spain where his great dribblings skills were on show. Croatia will hope for more of the same from their young star when they try to get out of a group with Argentina, Nigeria and Iceland at Russia 2018. Can Pjaca be the spark they need to have a memorable tournament? The answer is definitely yes. Will he be that guy, considering his injury and fitness concerns in the past year? It remains to be seen. Watch out for him.