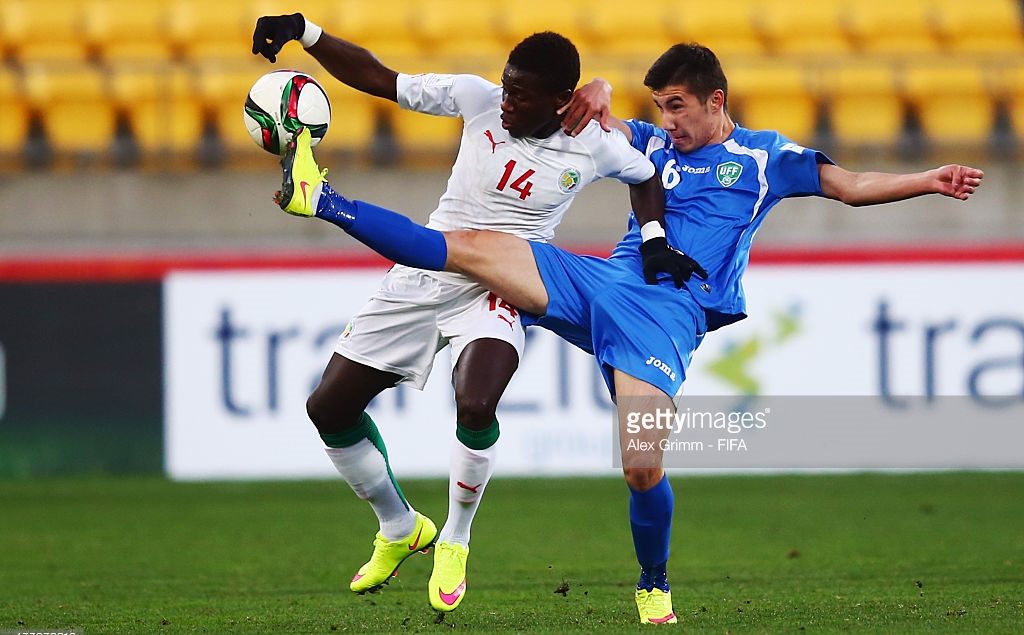 Akram Komilov is a 20 year old left back from Uzbekistan current playing for Bunyodkor in the Uzbek league. He shone internationally at the U20 World Cup in 2015 where he demonstrated an immense ability to carry the ball forward across large distances. He has an adept ability to find space before delivering crosses into the box. His pace means that he can make consistent overlapping runs and split defences down the wing. He has some qualities of a typical terzino sinistro although more attacking minded than most. Komilov has been given a generous 53 games since being promoted to the Bunyodkor senior team in 2014. His love and passion for the game is never in question as after scoring an own goal in a friendly to lose Uzbekistan the game 2-1 against Canada with 9 minutes to go, he was visibly broken. Despite it being a friendly he was still shaken, showing potentially that he is proud to represent his country without ulterior financial motives.

Komilov being 5’8 (175cm) means that competing physically is a difficult option for him (it is evidently difficult, yet he is still exceptional at it) due to this he opts instead to use other traits to find space for his side, namely his pace and timing. At only 20 he has become an established name for the side, starting every game and rarely needing to be substituted; a true testament to the fitness he maintains despite having to take longer strides during sprints to make up for his lack of height.

“I can’t forget that moment two years ago.” Komilov said in 2015 in reference to his sending off against Honduras in the u17 World Cup of 2013. Komilov’s determination to put his previous wrongs behind him may be a driving force in his energetic performances. Komilov conducts himself as a confident player, the quote “I think we can surprise a few people” suggests this, as well as his belief in his ability to bounce back. As a young player he appears hungry to win and demonstrates this with his style of play.

Komilov despite his frame is not shy of a duel either, constantly pressuring and challenging the other team to match his desire to win the ball. Komilov’s talent has been in question many times throughout the past including recently; when his side lost 5-2 back in April to Zob Ahan Esfahan of the Persian Gulf Pro League. As is natural for any young defender, Komilov is prone to making mistakes that are prevented through age and experience. As he grows in this role he will become a rock for his side and a constant threat on the counter, exposing high defensive lines and slower defences.

Bunyodkor stadium has a capacity of 34,000 meaning Komilov is no stranger to pressure and big occasions. Finally; to improve his game, Komilov needs to maintain his current mentality and continue to put in hours during training. If he continues to fight for his national team and his club, a move to a bigger European club could very well be the next step.