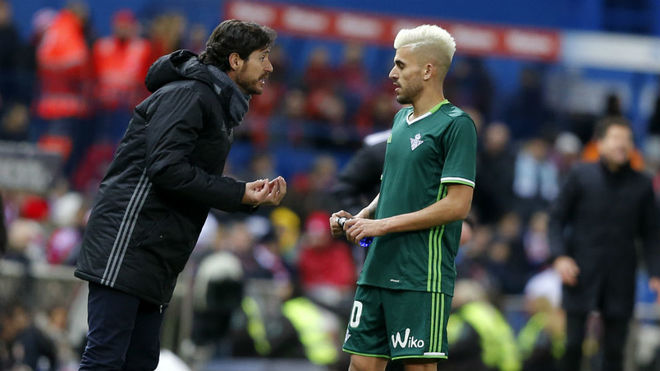 On August 7, 1996. a star was born in Utrera, Andalusia. Daniel Ceballos Fernández (known as Dani) has become Real Betis’ key player this season, while also delivering hope to the future of Spain, dominating the U21 side’s midfield. Ceballos joined Sevilla FC’s youth team in 2004 at 8 years old, but was released 5 years later due to chronic bronchitis. He thenjoined his hometown club CD Utrera, and left for Real Betis in 2011 before signing a professional contract 3 years later. His first official appearance for Betis was against Real Sociedad at home, losing 1-0 in 2013/14. After Real Betis’ drop to the Segunda, Dani stepped up with 5 goals and assists in 30 matches. Last year, Ceballos agreed a contract extension with Betis until 2020.

Dani Ceballos is a typical interior midfielder, full of invention and class on the ball. He knows how to defend, knows when to press or drop back, and where to pass. He combines steel with skill, making him an absolute nightmare to play against. His tireless work ethic has made the afición at the Villamarín fall in love with him. Dani’s style consists of playing vertical passes to break the lines of midfield and allowing his teammates to progress further up the pitch. He possesses incredible close control, quick feet, and operation speed, making it very hard for defenders to take the ball off him. He boasts a great turning radius which allows him to receive on the half turn, turning defence into attack in an instant. Another interesting facet to his game is that he likes to play long balls to switch the play, causing turnovers in his team’s favour. Dani has a thunderous long range drive; Marc-Andre Ter Stegen can testify to that. Leading on to this, Dani put in a Man of The Match performance vs. Barcelona in Seville a few weeks ago which ended up in a 1-1 draw. He made 10 ball recoveries, had ⅔ shots on target, 1 shot hit the post, created 4 chances, 100% take ons, 4 tackles, 2 interceptions. There are some flaws in Dani’s game: he’s only 176cm tall, so he struggles in aerial duels against bigger opponents. Another flaw I’ve noticed is that he does like to waste time feigning injury which can annoy the opposing team and cause more time to be added on towards the end of the game.

Dani can play in deep midfield as well as left wing, demonstrating his versatility. He usually plays in on the left side of central midfield in a 5-3-2 system. Both Gus Poyet and Víctor Sánchez del Amo have used this system, so he’s used to the system at this point. I think his current position is his best position for him to thrive and fulfill his gargantuan potential. It’s not a surprise clubs like Arsenal and Liverpool have been extensively scouting Dani Ceballos. Given his age, he shouldn’t be in a rush to move from Betis. He isn’t a household name across Europe, but in a few years, he may very well be.