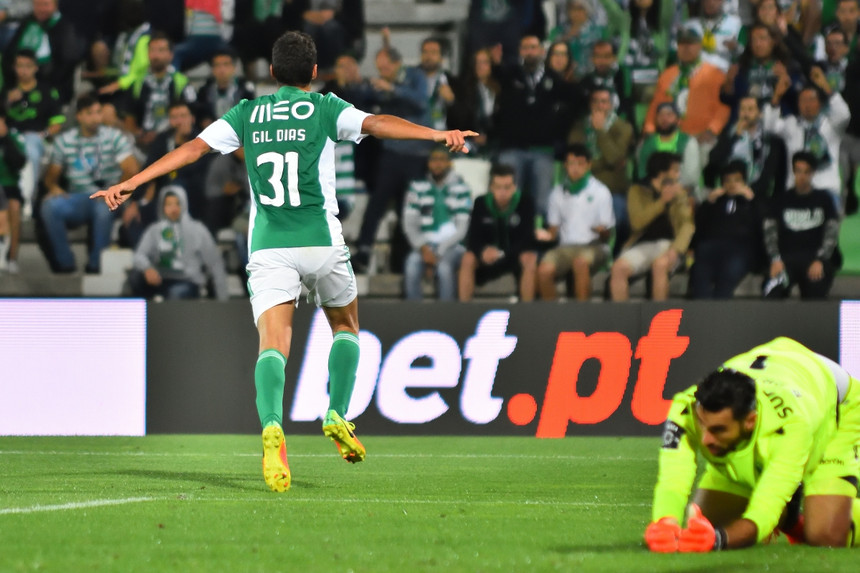 Gil Dias was linked to Benfica back in January but nothing happened, with Salvio, Rafa, Zivkovic, Carrillo and Cervi for wingers Benfica probably assumed it’d be best to let the player stay put. Now, in the tail end of the season, and after some news of this being likely Salvio’s last season with Benfica, the rumours resurfaced. CM were the first to report that Benfica are eyeing up the Monaco loanee and now other newspapers are following suit. (It’s worth pointing out that Gil’s agent is Jorge Mendes, who is known for making a lot of deals with the big 3 but specially Benfica)

Gil is a 19 year old winger from Monaco that is currently on loan at Rio Ave, but before I share my thoughts on the player let me take you through some of his past. Gil Dias first got noticed back in 2013 when, after 3 years with Sanjoanense, he joined Braga. He played just 20 games where he scored 4 goals but he was clearly impressive and seen as a hot prospect because Monaco came and signed him up. He spent 2 years in France where he played 24 games and got 9 goals but in the 2015/16 season he lacked minutes (hadn’t played at all) and got loaned out to Varzim where he got 6 goals in 15 games. After that succesful spell in Portugal, Monaco let him stay there, this time on loan to Rio Ave where he’s played the most games out of his young career. Just this season, so far, Gil has played 33 games (started 30) and he’s racked up 7 goals and 5 assists.

Gil Dias is a forward that plays mostly on the wing despite being able to play as an attacking midfielder, he’s able to play in both wings but is more efficient playing from the right where he can cut inside and shoot with his preffered left foot. He’s a player with good dribbling abilty, a good burts of speed despite not being the fastest, good crossing and specially a calm attitude. One is his best abilities is the fact that he’s not afraid to play out of tight spaces, and playing in big clubs, that’s vital. You can see several times during a game that he’s around 3/4 players and to get out of that situation he’ll connect with a teammate or simply try to dribble his way out and most of the times he’s succesful, of course every now and then he’ll screw up and lose the ball leaving the opponents in a good position but that’s nothing that can’t be worked on. Also, despite that fact that he’s a leftie he tends to cross a lot with his right foot. According to goalpoint Gil has a 74% of pass completition (back from November 2016) meaning he could fit in well in a big team and with his creativity he’d flourish around the likes of Jonas, Grimaldo, Cervi and Pizzi.

Some negatives about Gil are quite obvious when thinking about a winger, he’s not the best at heading (despite being 6ft) and lacks defensive abilty, like most at his position Gil is a better player attacking than defending but working with Luís Castro should help Dias improve a lot and don’t let this fool you! He might not be the best defender but he works hard to press opponents and is overall a hardworking kid, as for a final negative I’d say he needs to continue to learn when to pass or shoot as this seems to be a commom error among most wingers. Also another thing that it’s worth mentioning, not much regarding Gil but rather Benfica. They need to be sure that he’ll play a lot. Players like him benefit from playing regularly and not from sitting on the bench. I wouldn’t mind if Benfica bought him then kept him loaned out if they won’t use him. This has happened before, just look at Pizzi, he played several years out of on loan and when he came back he was a starter so I’d say it worked out well for him! So please Benfica, if you get Gil either play him or keep him loaned! He deserves a good future, I would hate for another player to have his development stalled. (I’m looking at you Porto! (Hêrnani))

So as an overall assessment Gil Dias would be a good signing, he’s another solid prospect with a bright future and if he has his head on straight and minutes to play he’ll prove himself worthy of the hype. He’s also clearly another player that fits Benfica’s newest mold : get good young portuguese talent. This season Benfica picked up André Horta and Pedro Pereira and loaned out the likes of João Carvalho and Pedro Nuno (everyone forgets him , right?), they also have a lot of talent in the B team with Rúben Dias, Buta, Diogo Gonçalves and Zé Gomes for example. If this transfer happens, and Benfica continues to bring up those players that are loaned / in the B team then it’s definitely another step on builing a future Portuguese Benfica squad, and I like it!