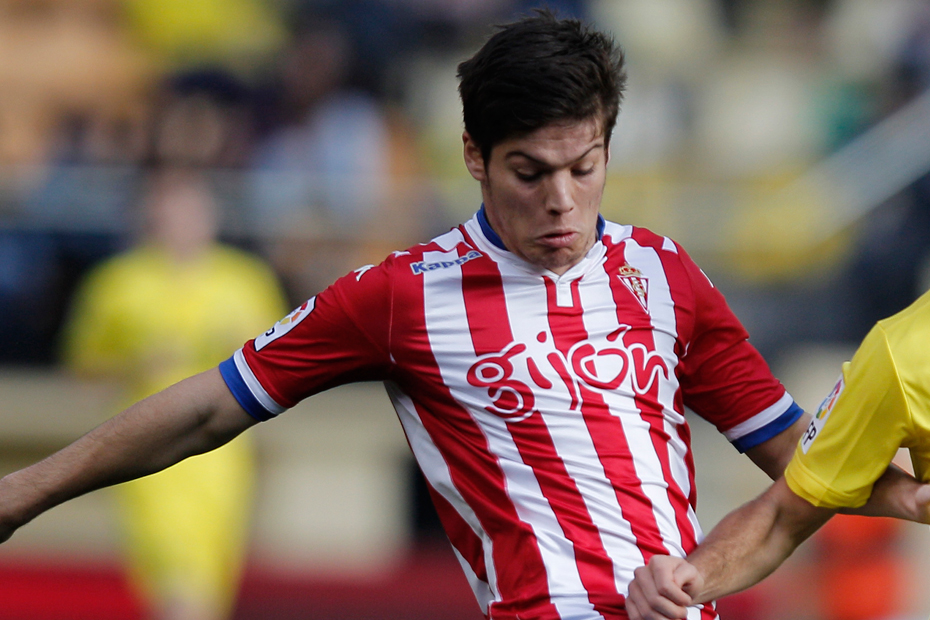 It all began in 2005, in a mid-sized city in northern Spain, Asturias to be specific. An 8-year-old boy named Jorge Meré put on a pair of football boots and started training in the youth tiers of Real Oviedo. During this timeframe, Oviedo found themselves bouncing between the third and fourth divisions while battling a financial crisis. This didn’t make them an attractive destination for upcoming talents, and it was the rule rather than the exception that they left for better and more competitive clubs. Juan Mata went to Real Madrid when he was 15 and Michu, who despite staying for a couple of seasons in the first team, went to Celta Vigo as a 20-year-old. So it was far from remarkable when a 13-year old Meré chose to take the bus 30 minutes to Gijón everyday to train with Sporting Gijón.

The young central defender quickly advanced through the youth ranks, and as a 16-year-old, he made his senior debut with Sporting’s reserves in Segunda B, the Spanish third division. 19 more games during that season, 2013/2014, earned him a 4-year-contract with a release clause of €25 million. Meré’s appearances in Spain made him an exciting target for a lot of European heavyweights, but he stayed in Gijón, and in April 2015, he finally made his debut for the first team. Six days before his eighteenth birthday he earned the trust of Abelardo, Sporting’s then-manager, when they faced Real Zaragoza away at La Romareda. Meré got three more games that season when Sporting secured promotion to La Liga for the first time in three years. The very same year, he made his debut for the Spanish U-21 team, which was the last step for Jorge Meré in the pyramid of youth national teams in Spain. He had represented them all.

The following season, 2015/2016, Jorge Meré became a main factor in the first team and started 24 games in La Liga, as Sporting Gijón secured safety in the final matchday. It’s a testament to his mental strength that he was able to be a key figure in a team fighting for survival.

The development of Meré has proceeded and this season he has been an automatic presence in the line-up. He has formed a centre-back partnership with the seasoned Venezuelan Fernando Amorebieta. So far, Meré has started 21 out of 27 games in La Liga. With Meré, Sporting average 2.05 conceded goals per 90 minutes, while without him, they average 2.33 conceded goals per 90 minutes. It has been a troubling season for Sporting, hovering in 19th place with just 18 points, but this hasn’t stopped the 19-year-old from impressing.

Meré isn’t your modern-day central defender with world-class technical ability and feet better than many midfielders; instead he is the central defender from the older school of thought. He is the player who shines with his physical strength, aggressiveness, bravery and ability to be at the right place at the right time. We can see obvious signs if we take a look at his statistics. With 3.2 tackles per 90 minutes, there are only eight central defenders who tackle more in La Liga. Despite his aggressive style of play, he only averages 0.7 fouls per 90 minutes, a rare number for a defender.

Meré’s height, 182 centimetres, causes problems at times since he isn’t as dominant in the air as people tend to expect from a central defender. He averages 2.7 aerial duels per 90 minutes, winning 1.1 per game. Both these numbers are very low for his position. He tends to solve these kinds of situations with his astute understanding of the game; he doesn’t bring himself in to aerial duels if it isn’t absolutely needed.

As I mentioned, Meré’s feet are a slight question mark; with a passing percentage of 82.8%, he is far away from the top among central defenders in Spain. Still, in contrast to his veteran partner Amorebieta, who has a 69% successful passing percentage, it is somewhat respectable. Jorge Meré doesn’t pass the ball to the same extent as his colleagues around the league, averaging 32.4 passes per 90 minute. Nonetheless, Sporting Gijón are one of the worst teams in the first division, and they rarely have possession; only two teams have a lower percentage of possession. As soon as Sporting receive the ball, they are put under a lot of pressure from the opponents since everybody knows that their squad is feeble in retaining possession. When Meré is with the Spanish national-team, his passing tends to look better.

With another relegation battle around the corner for Sporting, Meré will have to pull off a miracle in keeping the Asturian side up. Sporting Gijón may just play second division football next season, Jorge Meré won’t.