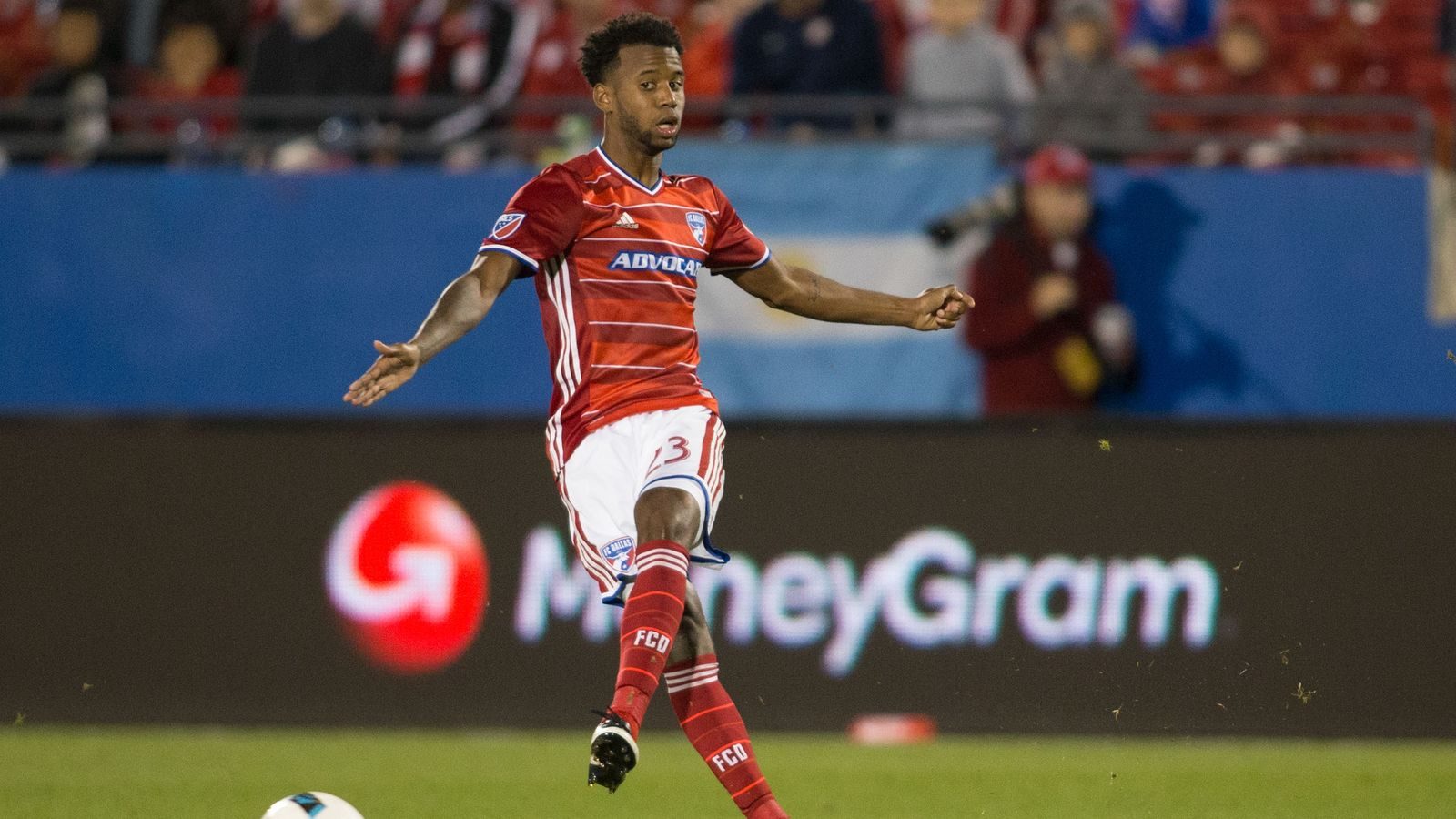 Kellyn Acosta is a product of what is widely regarded as the best academy in America, FC Dallas. Acosta made his professional debut for the club at 18 years of age in August of 2013. Kellyn also received his first international call up in 2016 from former USMNT manager Jurgen Klinsmann. While he was not played at his preferred position in the midfield, he received 4 caps for his country, most of which came as a fullback. Kellyn Acosta shows great improvement every single season, and shows no signs of slowing down as he has started 2017 with a bang.

Most of America looks at FC Dallas as the home of the best academy in the country. The people involved with FC Dallas take great pride in that, as they should. Kellyn Acosta is a product of this academy, and in fact might just have the highest ceiling of the bunch. While most MLS fans are focusing on great young players like Jack Harrison, Jordan Morris and Cyle Larin, Kellyn Acosta is quietly proving why he should be mentioned in the same sentence as the others. While Kellyn is not scoring as many goals, or even providing as many assists as the people mentioned, he is a consistent player who you can guarantee will give his all every weekend.

Kellyn is a midfielder who really defends well but is not necessarily a defensive midfielder. Acosta is one of the best tacklers in the country if not the best. While tackling is a massive part of Kellyn’s game, he has really improved his play moving further up the pitch. Kellyn made a name for himself in his sophomore season in 2014 when he really displayed his defensive capabilities for this first time, showing the world his fine tackling abilities. It seems as if he focuses on one aspect of his game every offseason and drastically improves it. In 2015 Acosta’s offseason seemed to involve a lot of work on the pitch because his distribution improved drastically. He seemed as if he reinvented himself, from tough tackling Acosta to playmaking Acosta. It appears as if he knows where all 10 of his teammates on the pitch are at all times.

The growth in Kellyn’s distribution game allowed for him to create .85 chances per 90 minutes in the 2016 season. His ability to read the game and position himself well allowed him to average 2.15 interceptions a game in 2016 adding 2.02 successful tackles per game as well. 2016 was a big year for Kellyn, he received his first national team call up and proved to the nation what he can do. While many would think playing at fullback may have hindered his chances to impress, it didn’t. The FC Dallas man impressed many fans around the country while also showing his versatility. This was the year Acosta had become a known player in the country, one of the players the fans are excited to see on the team sheet every time he is available. While he has only made 4 appearances for the national team, he is expected to make many more under new manager Bruce Arena, hopefully as a midfielder. As stated earlier, Acosta seems to add something to his game every season, and slowly but surely he is becoming a danger in the final third. In fact, 2017 has started off brilliantly for him, as he started off the season by scoring a brace including a beautiful curled effort from 20 yards out in the CONCACAF Champions League quarter finals vs Arabe Unido. For a player who lacked goal scoring ability in the beginning of his career Kellyn was delighted to get on the scoresheet twice to start the season. However, Kellyn did not stop there, he went on to score vs LA Galaxy away from home in the clubs opening game of the 2017 MLS season.

With Kellyn slowly progressing areas of his game every season you have to wonder, is this the season we see Acosta begin to score goals? If this is the case, Acosta is truly becoming everything a manager can ask for in a midfielder. In the game mentioned earlier vs LA Galaxy, Acosta played as a box to box midfielder doing everything for his team. Even though FC Dallas already have one of the most solid defenses in the MLS that didn’t stop Acosta from helping out. Showing his tackling abilities in the middle of the pitch and then releasing players down the wing, Acosta really did it all. Also scoring the game winning goal on this particular day, Acosta made himself a strong candidate for the man of the match award. Kellyn Acosta is quickly becoming an important player to this FC Dallas side who are in search of their first MLS Cup and will certainly need him if they want to reach that target. While Kellyn is rapidly becoming the most complete midfielder at Bruce Arena’s disposal for the USMNT, you have to wonder if he’ll be involved in the important World Cup qualifier on March 24th vs Honduras. Acosta will attempt to continue growing season by season as he has in the past so he can fulfill his high ambitions.