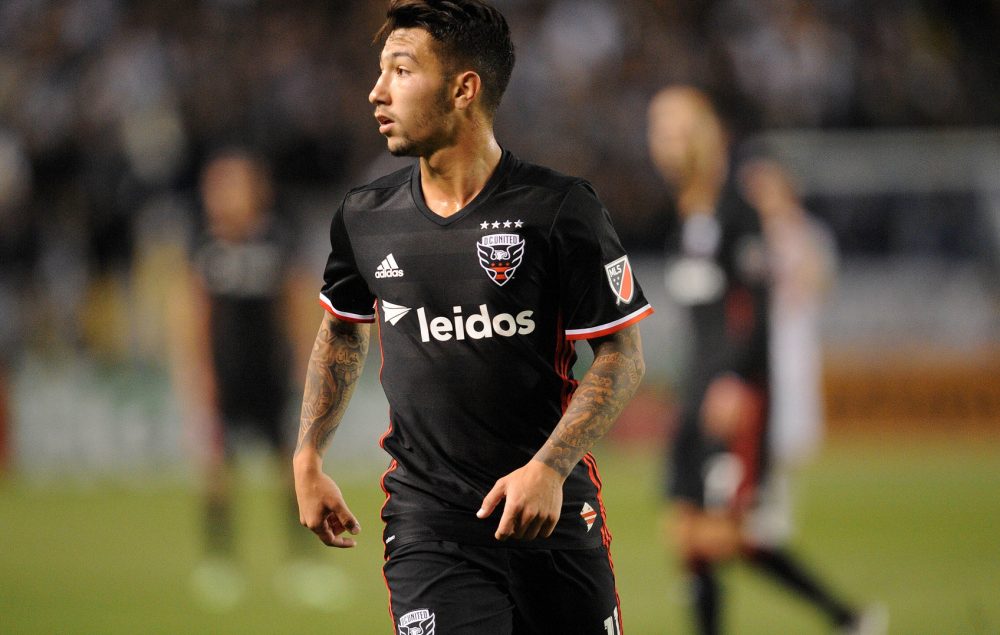 Luciano Acosta is by no means a household name to football fans around the globe, but he’s quickly becoming the answer to all of DC United’s questions.

Acosta began his career in Boca Juniors’ academy at 13 years old. Luciano went on to graduate from the academy that has produced the likes of Carlos Tevez, Éver Banega, and Nicolás Gaitán.

Luciano made his debut for Boca Juniors against Newell’s Old Boys on February 9th, 2014. He then enjoyed loan spells at both Estudiantes and DC United, before permanently signing for DC United for a club record fee after the 2016 MLS season.

In a league where the players rely heavily on physical strength and fitness, Luciano strived. The Buenos Aires-born kid lacks physical strength, but he more than makes up for it with his low center of gravity and quick feet on the ball. Being 5’3” allows “La Joya,” as the Argentines call him, to quickly turn his body and weave in and out of defenders while maintaining possession, similar to MLS superstar Sebastian Giovinco. Luciano however prefers to play behind the striker instead of leading the line, as opposed to Giovinco. In Luciano’s first MLS season, he provided his teammates with 11 assists and added 3 goals to boot, definitely not a poor debut season for a new club. In fact, he became a crowd favorite at RFK Stadium, and DC United made signing him on a permanent transfer their top priority this past offseason.

Luciano is the type of player every club needs in their XI, an electrifying game changer. At any point in the match, he can pick up the ball and run through 5 defenders and create a chance for DC’s main striker Patrick Mullins. In fact, Luciano created 2.15 chances last season in a midfield which lacked quality. DC have since brought in Ian Harkes, who is bound to help Luciano in the midfield, lessening the Argentine’s defensive burden and allowing him to create even more chances per game. Luciano was often subbed off and only completed 90 minutes on 8 separate occasions last season. This is because he did more work than anybody on the pitch and practically ran his socks off, but the signing of Ian Harkes will allow Luciano to slow the tempo down, where he can truly manipulate defenders.

La Joya is a true professional for someone his age, he even looks quite a bit older than most youngsters. Luciano seems as if he has been playing professionally for a decade now, but he’s only entering his third year of professional play. This trait allows Luciano Acosta to adapt to any type of game. DC United is not, and never has been a team with patient build up play; they always want to rush things (as most MLS clubs do), instead of intricately thought-out offensive organization that links the defense with the attack. When DC United traveled to Yankee Stadium last season, they went into the game knowing they would not see much of the ball as Patrick Vieira’s NYCFC usually tend to dominate possession. Being able to adapt in a game like this allowed Acosta to be a threat every time he picked up the ball, and by the end of the game home fans were worried every time the ball did arrive at his feet. As is the case in most games, Luciano would pick up the ball, darting at defenders, using his low center of gravity to weave in and out and then dish it off to his strikers. However, when Chicago came into town, DC was able to maintain possession for a slightly longer period of time. Again, being able to adapt allowed Luciano to play the game at a different pace, and he was far more calm on the ball than any of his teammates. We see two different Luciano Acostas, the Acosta that can ferociously run at defenders, and the one that can slow it down, and beat the fullback with mind games. Against NYCFC he grabbed an assist; against the Chicago Fire, he grabbed 3 and a goal.

Acosta has earned the label as a consistent player. When teams come to DC, they know what to expect from United’s star man. Acosta is very rarely neutralized and always finds a way to influence a game.