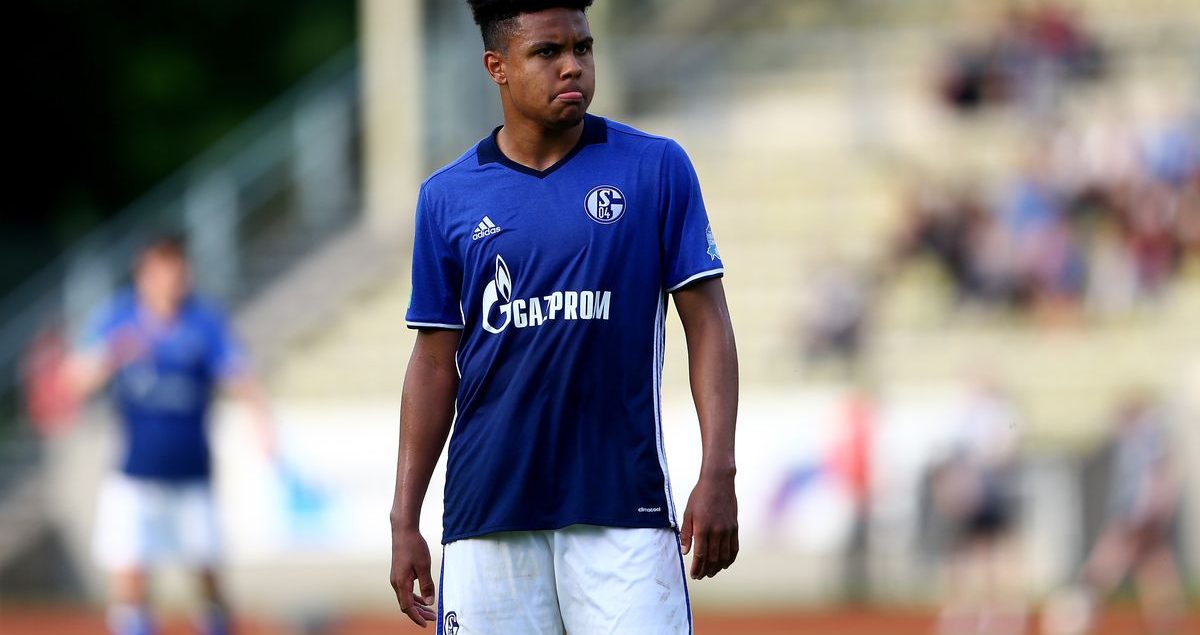 There is an American teenager on the brink of a breakout season in the Bundesliga and his name is not Christian Pulisic. 19-year-old Weston McKennie has made a name for himself at Schalke 04 early in the season and is improving with every appearance. McKennie has just completed his third successive start for The Royal Blues, including impressive performances vs Bayern München and Hoffenheim. Starting in a match against the league favorites with just 25 minutes of Bundesliga play under your belt is not easy, actually, it’s probably quite nerve-wracking. Like his compatriot Christian Pulisic, he stepped up when his name was called.

McKennie is a central midfielder who spent his career with FC Dallas up until 2016 when he moved to Germany. Schalke brought in McKennie, Haji Wright and Nick Taitague, three young Americans waiting to prove themselves in Europe. Haji will spend the season on loan at 2. Bundesliga side, SV Sandhausen, while 18-year-old Taitague remains with Schalke’s U19 side. This furthers proves how ready Weston is, both of his American teammates are spending time developing elsewhere while McKennie plays against German giants on a consistent basis.

Weston was a standout in Schalke’s U19 team, hence the call up to the senior side. He proved he was more than a player who can just break up play. In fact, a lot of Schalke’s attacks would go through him. Whether it be a lofted ball over the top, which he is more than capable of, or quick passing in the middle, which his high football IQ allows him to do with success, McKennie was at the heart of most attacks despite not being in the oppositions final third that often.

Example: Here he is wearing the number 2 kit, picking the ball up near the middle of the pitch, making three quick, intelligent passes, finding empty space to move into in between each pass and getting the ball into the final third all in under eight seconds.

This is one thing that doesn’t get talked about enough, his passing. If you give him time on the ball, he is going to make you pay. His patience also allows for a lot of his passing to be displayed to the fullest. If not pressured, he is patient enough to just wait for play to open up as he slowly advances up the center of the pitch. However, his patience does not just exist when he is picking out a pass, the patience translates well in front of goal.

Example: Weston proves his patience when he receives the ball at the top of the box, chops the ball onto his left foot, back onto his right, beating two defenders in the process and strikes the ball home.

A lot of players have trouble with patience when they are young, experience is one of the biggest factors in helping a player learn to be patient on the ball. However, the young American was born with this trait and is something that has allowed his game to progress so rapidly at such a young age.

Some of his best traits have hardly been touched and that’s his interception ability and his tackle success. His ability to breakup play is his biggest asset which is largely beneficial to his teammates. Something that goes unnoticed with players like him is that he has the ability to breakup play before the oppositions attack even develops. He can cut out the pass that starts an attack, and help create an attack for his own team. Weston is not what you think of when you think of an American player. His intelligence is something that can’t be taught, combine that with the work rate that most Americans possess and you have yourself a very solid player in the middle of the pitch.

McKennie is improving each and every time he steps onto the pitch further proving that he is far from his peak despite already starting for a club as big as Schalke. At just 19 years of age, Weston has shown us what he can do but more importantly what he can become. McKennie is exactly what the United States need. A well-rounded midfielder who is comfortable with the ball at his feet, but can also consistently breakup play through good reading of the game, something some players are just born with. Like Pulisic, McKennie is hoping to grow his game at the German club and eventually becoming a USMNT mainstay. McKennie is yet to be approached by the USMNT but consistent performances at Schalke is going to make him a tough player to resist heading into upcoming World Cup qualifiers and beyond. Another U.S. youth international was recently signed by a German club as Josh Sargent recently struck up a deal with Werder Bremen. McKennie is at the very beginning of his career, but with the Josh Sargent’s of the world coming to the Bundesliga, people are going to look at both him and Pulisic as inspirations, and he has to embrace that as soon as he can. After inking a five-year extension with the club earlier this week, Schalke are showing a lot of trust in McKennie and he’ll be hoping to repay that.